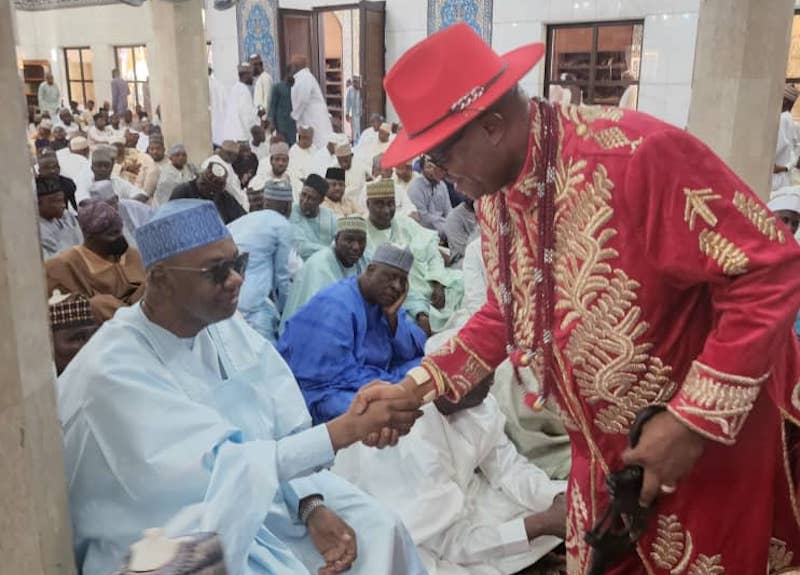 The Egbere Emere Okori and Oneh Eh Nchia X of Eleme Kingdom, HRH Appolus Chu OFR, were among the dignitaries that graced the marriage ceremony of  Hauwa Lamis and  Mubarak Abdullah, children of the families of Ajiyan Katsina, Alh. Lamis Shehu Dikko and Alh. Abdullah Umar. The marriage solemnization took place at the Al Noor Mosque in Abuja.

As required by the Muslim tenet, King Chu sat in the mosque with respect to the religious and cultural values of his host. A symbol of national unity and tolerance of other people’s belief systems, demonstrating the fact that he is truly a unifier and bridge-builder among traditional rulers of Nigeria and beyond.