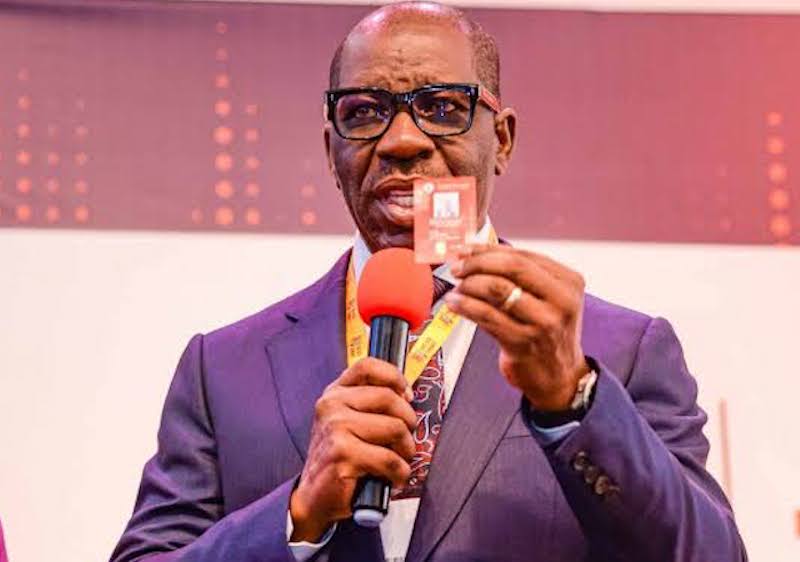 The Governor of Edo State, Mr. Godwin Obaseki; Chairman, Sterling Bank and Chairman, Alaghodaro Ltd/Gte, Dr. Asue Igbodaro; the Managing Director, Ossiomo Power Company, Dr. Uwa Igiehon, and other experts have predicted a positive economic outlook in Edo on the back of the Benin Enterprise Park, the Cultural District, Modular Refinery, Ossiomo Power Company and other numerous transformative reforms and projects pursued by the state government.

The governor also set an Internally Generated Revenue (IGR) target of N60 billion for the state in 2023 at the Alaghodaro Investment Summit, held in Benin City, the state capital over the weekend.

The summit is organised yearly, in partnership with the private sector, to mark the anniversary of Governor Godwin Obaseki in office and showcase the progress being recorded in transforming the state into an investment haven.

Obaseki, in his address, said the state’s growth will come from leveraging its comparative advantage and exploring opportunities in culture, forestry, manufacturing, agriculture and technology, among other sectors of the state’s economy, to drive development.

The governor said, “We see growth ahead of us and this growth is going to come from certain endowments that we have which most people don’t have. Our culture – people must come and see us and admire what our forebears built. Our forestry assets – the world is talking about net zero carbon and we have something to contribute to the environment and environmental economy.

“Manufacturing is the way to go. Edo has the largest onshore gas reserve in Nigeria with most of our other gas in the swamps and the offshore. With that energy source, there’s no reason we cannot generate enough energy to attract investors to drive industrialization. Agriculture; that’s what we grew up with. Of our 19 million square Kilometres of land, there’s practically no way we cannot grow something. For us, the future is technology, because the world is talking about technology and that is the new area of focus.”

Noting that the government hopes to raise over N60bn in 2023 from internally generated revenue, Obaseki said, “In the last six years, things have not been easy, but we have tried in our own little way. You can see that from 2016 when we got in, we tried to increase Internally Generated Revenue (IGR). Except for the COVID-19 year, we sustained an increase in our IGR and we hope to end the next year with over 60bn IGR.”

Reinstating the need to rebase the nation’s economy from consumption to production, the governor stated, “In spite of all the challenges that face as a country, we have over 200 million people who are going to be 450 million in 2050 and will not stop consuming. Therefore, if this is our reality, it means that we cannot and should not be despondent.

“God has given us something that he has not given to many countries around the world. We have a huge domestic market and these over 200 million people have to consume. If we cannot import, are we going to die? We will have to create the things we consume in this country. That is why the government must now rely on those who have the capacity and knowledge to produce the things that we consume. Government cannot continue to behave as if they have all the resources because they don’t. The people who have the resources are, you, the citizens – the private sector. Hence, the government has to be restructured to ensure that they trust us and are able to bring the resources we need for the benefit of all of us.

“Hence, states will have to reorder their priorities and that is what we have done over the last six years, to make sure that we can meet our financial obligations to the people who work for the government and our citizens,” he added.

Ighodalo, in his welcome address, said the governor and his team have worked tirelessly to transform Edo State into “a land of plenty, where peace and justice reigns, where all her citizens are safe, secure and healthy.”

Hailing the governor for repositioning the state for economic progress and prosperity, Ighodalo said, “His vision and leadership have led to the creation of a long-term vision for the state, and the implementation of several initiatives and programmes to improve the lives of our citizens.”

He said, “As a clear example, one of the key highlights of last year’s Summit was the Edo State Development Plan for 2021 – 2050, a blueprint for the development of our state. The plan clearly articulates a vision to industrialize Edo State and improve our competitiveness while delivering better social outcomes for our people. Also, since our Summit last year, significant progress has been made in the development of the Benin Enterprise and Industrial Park – a 997-hectare land area, which will be equipped with state-of-the-art infrastructure, roads, power, water, drainage, sewage treatment plant, and other contemporary 21st century facilities.

“Just this year, Ossiomo Power commissioned an additional 40MW Independent Power Plant to supply power to the Industrial Park and also to the local communities in Ikpoba Okha LGA. Not only will this project make Edo a major industrial hub and investment destination, it will also add immense social value to our people. Many of the countries we celebrate today, China, South Korea, Singapore, Vietnam, and Taiwan, are successful because they were able to industrialise and produce goods for their local market and for export.”

Ighodalo continued: “In the last five years, the overhaul and massive improvement of our education system through the EdoBEST programme has been remarkable. Through this programme, Edo State has focused on delivering superior learning outcomes to students by investing in the professional development of teachers, (employing and training quality teachers to achieve set targets); training and equipping supervisors and quality assurance officers; developing state-owned schools in remote areas and sensitising parents on the need to send their children to school.

“Government has created the EdoJobs Programme and developed the creative and tourism sectors through the implementation of the tourism master plan. We strongly believe that our young people must be given the opportunity to obtain relevant skills and thereby contribute productively to the economy of the state. Government has re-established the functions of the agriculture extension worker and trained fit-for-purpose personnel and has also created oil palm production clusters for the benefit of the people of Edo State.

“Our civil service has been overhauled and reformed. The civil service is the engine of government and the custodian of institutional legacy. Within the last few years, Edo State has streamlined, retooled, and structured its MDAs to focus on effective service delivery. The number of our MDAs were reduced to 72 from 105, removing overlaps, administrative delays, and waste. The State now implements an e-governance initiative, workers in the state have been enrolled in the Edo Health Insurance Scheme and the government recently approved an increase in the minimum wage.”

The Alaghodaro chairman added, “Most importantly, the John Odigie Oyegun Public Service Academy, which was established for the effective training and retooling of our civil servants at all levels, continues to function efficiently, training and upscaling the capacity of our civil service. Government has also refurbished and upscaled the infrastructure facilities of our state’s judiciary and improved their working conditions significantly. I believe that these initiatives will improve the morale and productivity of our public sector workers, especially in delivering effective programmes and initiatives that substantially improve the lives of our citizens.”