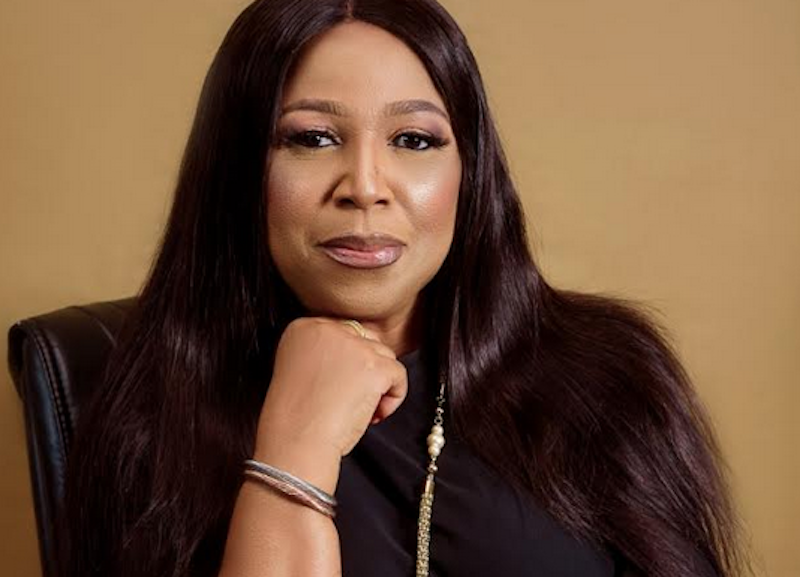 Group President and Chief Executive Officer, Property World Africa Network (PWAN), Dr. Janye Onwumere, who made the list Eko 100 Women, speaks with Oluchi Chibuzor about some of her strategies that have endeared her as the inventor of Multi-level Marketing in the real estate sector. Excerpts:

Can you explain to us why you are passionate about Multi-level Marketing?

It is worthy to note that I emphasised the fact that I created the first real estate network marketing company in the world, which is the first real estate network marketing business model in the world, not just Nigeria. Not only this, l created an affiliate business model that has never been done anywhere else in the world using a model that Igbo traders used. The model is ‘izu combine’ and we used to jokingly say in PWAN ‘ayin na zu combine.’ This is part of contributions to the industry and remains my initiative and I am proud that many people have leveraged it to upscale their businesses in Nigeria.

In view of these laudable successes, how is your organisation affecting lives and entrenching your footprint in the society?

Recently, during this our 10th anniversary, we put up so much in various communities like boreholes, reached-out to schools, the blind, and the widows. You know before then, there was a street where we used to have our office, Ogbeni Street, which was so bad that people could hardly pass it. Ogbeni Street is in the Sangotedo area. We did the interlock for more than half a kilometre of road all by ourselves and that was as far back as 2015 to 2016 and that motivated the people in that neighbourhood to put up more money to begin to do the other part because the first part was done. In fact, the Baale of the community, and the chairman of the community, were present when the project was inaugurated.

On a personal level, I reached out especially to women and gave them financial support so that they can start business or improve the ones they are doing. At our 10th anniversary, we have said that we are going to empower 10 women from every state in Nigeria that is like 370 women.

In the coming years we intend to make it 10 from every Local Government Area in Nigeria. There are 774 LGAs in Nigeria, which means empowering 7,740 women, but apart from women we are also going to include empowerment for youths. We have started campus programme in four Universities now; we have students that are part of our programme and we intend to reach-out to more.

We also have a food campaign that we do, where we feed the community but we are thinking of ways of taking it further. During the Christmas period we did a lot of that, and beneficiaries were praying for PWAN and I am really grateful for that. It is even amazing that we would see some very well-dressed people stopping to pick up food to eat.

We carried palliatives, and went to practically every neighbourhood in Ibeju-Lekki and part of Eti-Osa, especially that Sangotedo area. We also went as far as Epe. We also went to other places outside those neighbourhoods where we shared foodstuffs and we visited schools. One key focus of PWAN is training and retraining, and it is something we do every week, and everywhere. We have one coming up in Ikorodu known as empowerment for success.

How do young people earn money from the method that has been used by PWAN?

For every transaction, you do, if you recruit somebody you earn PV, if you make sales in a PWAN you earn PV and you can accumulate this PV.  We believe that if you accumulate it over a period of five years, you should be able to accumulate enough to buy land and build your own house. You can also borrow from it.

Can the model help people own a home and help reduce the pressure on those seeking mortgage to build their dream houses?

But what we have done so far is that, we have a commission-based business, you know we are a multi-level marketing business whereby when you register with PWAN with as little as N52,650 you can earn commission when you make a sale. For instance, you make a sale say N1 million, you are going home with almost N150, 000, that is 15 percent less tax.  They just deduct something for tax and administration charges. So, you will make a lot of money, then if you introduce someone, and the person makes a sale, you will earn commission. If you introduce another somebody and that person makes a sale you can earn commission the person earns and we pay in five levels and you also get PV in these five levels. Through this process, a lot of people have been empowered.

Recently we went to Dubai; we took over 180 people to Dubai and it was an awesome vacation for so many people who have not travelled before and it is not the first time. As far back as 2013, we have taken people to South Africa. We have taken people to Dubai like four times now, and we have gone to Mauritius, London, Ghana, Las Vegas, and US. People, who have never travelled beyond the shores of this country, have travelled now because of this organization. People, who have never thought they will drive a car so quickly have done that by being in this organisation.

Testimonies of changed lives are too many and that is why the impact of this organisation is enormous. Recently we were in Dubai, all expenses paid completely and people have gotten brand new cars, fairly used cars, people have built houses by being in this organisation.

One thing that is clear in the industry you play in is that your firm has been able to command a huge market share of the business, but the brain behind it remains elusive to the public. Why is it so?

For years I did not want to interface with the media. In fact some people have tried to approach me last year and wanted to begin to do public relations campaigns, which I simply refused, but now I know that it is inevitable and I think the time has come for that.

You know one thing that anybody can wake up one day and claim is that they started the first real estate network marketing company in the world, which is not true. It was PWAN that broke the ice in that area. I created it and also the unique business model we run that allows you to set up a business with 30, 40, 50 million and we give the other person that is going to be managing it 50 percent equity. That is how the affiliates are set up, that is why I said it is a unique business model that has never been done anywhere in the world.

What is the rationale behind this business model?

I have also just created a business model through which people over time can retire rich and well. It is called the founder’s club; it is a bonus we give to our people and it accumulates over time.

If you work in the civil service maybe you have been on any pension and gratuity after 35 years or there about, so, if you work in an organisation like ours even though you are independent, but you have been with us for a long period of time you should be able to achieve certain things with collective effort.  You achieve by your individual effort and you also achieve by collective effort.

So, we have what is called founder club. It comes small in the beginning, and some people are already at this level.  We are developing an online platform that will manage it and will begin to talk about it, so that people who are interested can login and then gauge if you understand. If we start talking about it now people will just be calling us to say how they can participate. So now we are working on a network marketing website that would be robust enough to handle our programmes.

By taking advantage of any or all of these ways, you can be making money consistently. In PWAN, we say that we have destroyed the kingdom of poverty. You can start our business with N1,650 and build wealth. We have testimonies of so many people who have done that, and you can start with practically zero capital and build wealth over time.

If that is done for the young people to get them off the streets and empower them, what of those who are already working for the group?

Every January at the beginning of the year, we organise general training for all staff. This year we had resource persons and then, of course we had the convention with over 2000 people in attendance. We do quite a lot of things in PWAN and you know the network thrives on activities and there are so many things that PWAN does that so many people do not know and understand. I want to point out that what we are working on is that one day, everybody will be able to have satisfaction all round.

Also for our customers, we have occasions where we interface with them and you know that our business is very daisy. For instance, you can finish buying land from Omonile and they will sell it to 20 other people that you will not know who to contend with.  But one thing we promise our customers is that no matter what happens we must make good our promise; even if we have to buy land again and reallocate customers.