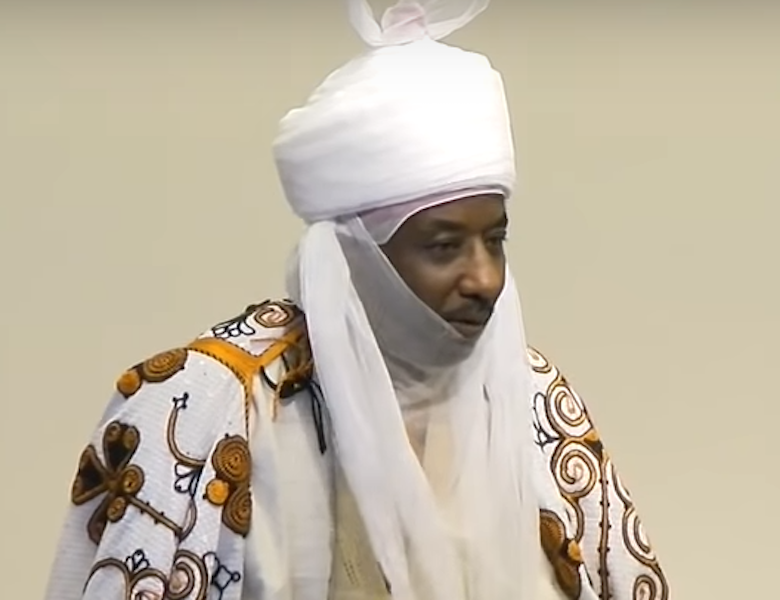 A former Emir of Kano, Alhaji Lamido Sanusi, has expressed deep sympathy for the next president that will succeed President Muhammadu Buhari due to what he described as the depletion of the economy by petrol subsidy.

Addressing notable politicians yesterday at a Kaduna investment programme titled, ‘Building a resilient economy,’ in Kaduna, Sanusi, who is also the current Khalifah, Tijaniyat Movement of Nigeria, said Nigeria’s economy has been tied to the oil and gas sector.

According to Sanusi, who is the Vice Chairman of the Kaduna Investment Promotion Agency: “Nigeria has continued to be a rentier state. It does not exist for development but as a sight of rent, and extraction to make those who control the state rich turning them into billionaires overnight.

“In 2023, if we have an election, we cannot continue to have the trend – because any continuation will lead to insecurity and might get us to Mali, Burkina Faso’s situation.

“We can’t keep towards pushing the brink; we have to come back,” he added.
Citing data from the Federation Account Allocation Committee (FAAC), Sanusi said only 50 per cent of states in the country generated enough revenue to cover their wages, overheads and debt services.

“We are leaving a mountain of debt for our children. They (our children) might curse us because we are taking all the money borrowed to subsidise petrol and enjoy it cheaply.

“We see the problem and we are going to continue. I’m sorry for the next president who comes in June and says I’m removing fuel subsidy after day one,” he explained.
The former governor of the Central Bank of Nigeria (CBN) said Nigerians should not vote for any politician who claims that everything will be easy once elected, adding politicians must prepare the minds of citizens for tough decisions.

“But before we correct that, we have to deal with the opportunities for rent-seeking. You have to close off the inflated numbers, the false numbers.”
The former emir said whoever becomes president of the country in 2023 must probe petrol subsidy payments.

“They must give names of the ships that came and we must verify if those ships were in Nigeria on that date. You must bring evidence. That is what the law says. There must be proof before you pay the subsidy,” he said.
The former CBN governor said the claim by the Nigerian National Petroleum Company Limited (NNPC) that Nigeria consumes 66 million litres of fuel daily is simply “unbelievable.”

He queried the supposed volume of Nigeria’s daily consumption of petrol adding that whoever the incoming president would be come 2023 would first need to do a high standard audit of every penny spent on the NNPC.
He said, “In 2019, officially we were importing 40 million litres per day. In 2022 officially, we are importing 66 million per day. In three years, we have increased our petrol consumption by 50%.

“Please tell me, is it the population? Is it the number of cars? Just ask yourself if it makes sense that in three years you increase your consumption of petrol by 50%. Are we drinking petrol?

“The NNPC says we are consuming 66 million litres per day, so we are consuming more than Indonesia, Pakistan, Egypt, Cote d’Ivoire and others.
“Whoever becomes president in 2023, the first thing they should do is ask the NNPC to document and bring evidence for every dollar they took as subsidy. They must give the ships that came and we can verify from the insurance companies if those ships were in Nigeria on those dates.

“That is what the law says. There must be proof that the product came in, at the price you said you bought it, before you pay subsidy,” he added.

Sanusi further stated that with the current state of the economy, it would be a lie if any candidate claimed it would be easy to fix, adding that Nigerians should avoid voting for such candidates.

He also lamented the current hardship Nigerians are facing and said until the government is transparent and credible towards the citizens, it has no right to impose such hardship on the citizenry.

He said, “Until we bring credibility and transparency to the management of public finance, no government has the moral right to impose hardship on Nigerians. They have suffered enough.

“Anybody who tells you that it is going to be easy, please do not vote for him, because it is either he is lying to you or he does not know what job he is going to get.

“You cannot with this level of debt service, collapse in revenue and poverty overturn things just like that. We have to take corrective decisions and first close out inflated and false numbers,” he added.