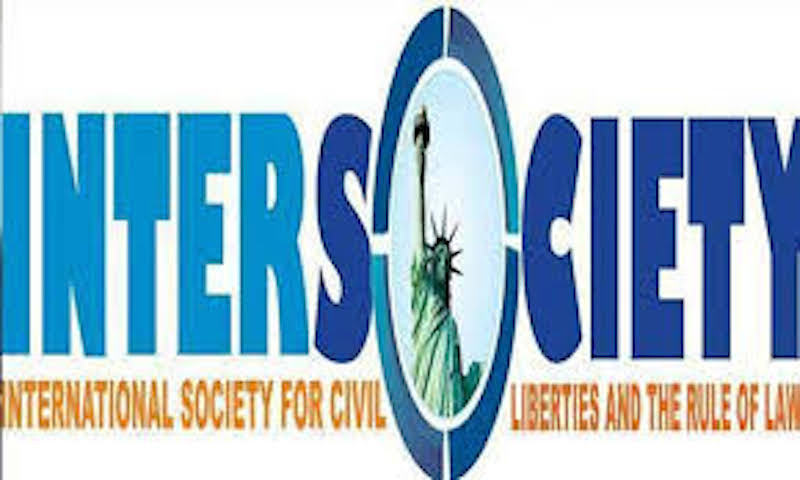 A rights group, International Society for Civil Liberties and the Rule of Law (Intersociety), has written to key officials of the United States of America Government, alleging plot to rig the 2023 presidential election.

The group said it has unveiled a 23-page special investigative report, which it has also forwarded to key government officials of the US Government, calling for greater interest in the Nigeria’s forthcoming presidential election, to avoid rigging.

In a statement signed by the group Board of Trustees (BoT) Chairman, Mr. Emeka Umeagbalasi, and others, the group said: “The International Society for Civil Liberties and Rule of Law (Intersociety) has frontally and statistically unmasked the present leadership of the Independent National Electoral Commission (INEC) and all its rigging plots ahead of the all-important presidential election fixed for 2023.

“This follows the successful completion of our month-long Special Investigative Report on INEC regarding what the commission is really cooking ahead of the 2023 general elections particularly the February 25, 2023, presidential poll.

“In the letters dated September 30 and October 3, 2022, the attention of 16 key US lawmakers was drawn regarding the subject matter.”

The Nigerian Desk Officer, Bureau of African Affairs at the US Department of State is also recipients of the letter.

The group alleged that the rigging plot started with the systematic disenfranchisement of many people during the recently concluded continuous voters’ registration, and the enfranchisement of minors and other ineligible persons in some parts of the country to support certain people.

Umeagbalasi said: “The letters to the US top government functionaries and key lawmakers had specifically drawn their attention to the exposed 50 rigging plots by INEC which saw 77.4 million Nigerian citizens of voting age disenfranchised and the independently estimated 15million illegal aliens, minors and ghost names enfranchised as registered voters in Nigeria.

“The letters had also recalled that the US Vice President, Kamala Harris, had in a meeting with Nigerian Vice President, Yemi Osinbajo, on September 2, 2022, at the White House, pledged to support Nigeria’s election with funds.

“While thanking the US Government and the US Congress for such huge financial supports to Nigeria, we called for total review of the 2023 ‘Credible Poll Delivery Support Funds to INEC’ and uncompromisingly tying of future funding supports and personality recognitions to electoral process accountability.”