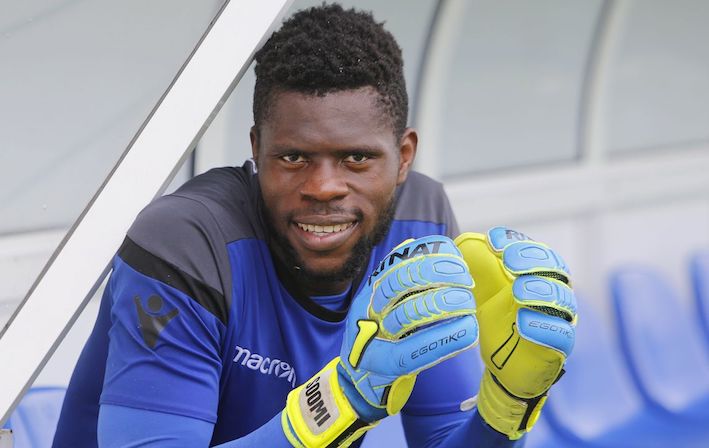 Instead of Uzoho, Coach Neil Francis Lennon settled for Fabiano who did great job until United manager Erik Ten Hag introduced Rashford at the interval and he scored eight minutes later before setting up fellow sub Antony Martial to finish.

Interestingly, it was the Cypriot side that took a shock lead into half time through Karim Ansarifard.

Rashford made it 3-1 late on, before Nikolas Panayiotou pulled one back on an unexpectedly edgy night for United.

Elsewhere on the night, Arsenal put in another strong display to comfortably see off Bodo/Glimt 3-0 in the Europa League at the Emirates.

Striker Eddie Nketiah reacted to poke in the opener after Kieran Tierney’s powerful effort came back off the post.

Fabio Vieira crossed it in for Rob Holding to head in a second before the Portuguese made it 3-0 late on.

Mikel Arteta’s side have won four successive matches in all competitions and top their Europa League group, as well as leading the Premier League.

They looked like a team playing full of confidence despite Arteta making eight changes from the side that beat rivals Tottenham in the weekend’s north London derby.