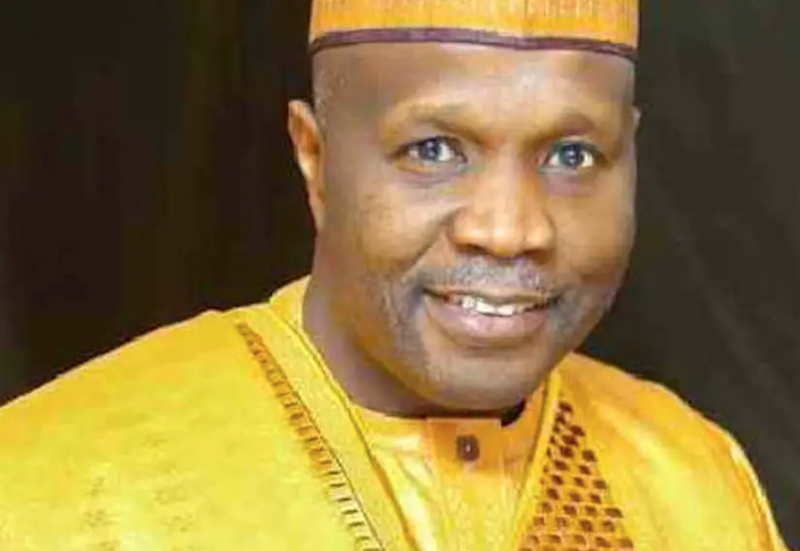 The appointment of Justice Halima  is sequel  to the attainment of the mandatory age of retirement of the substantive CJ, Justice Joseph Ahmed Awak.

Impressed by the exemplary leadership of the outgoing chief Judge of the State Justice Joseph Awak, paid  special tribute to  retiring CJ for his laudable and selfless service to the Government and people of Gombe State, and the entire nation.

He said the jurist served the State with distinction throughout his long career in the Judiciary.

“During that period, Justice Awak has distinguished himself as a judicial officer of the finest caliber, who is committed to the pursuit of justice and the preservation of law and order”.

He described his dedication to duty, hard work, legal scholarship, professional competence as worthy of emulation saying “Even though he is retiring, the State shall frequently require his wise counsel”.

While congratulating the newly sworn-in acting Chief Judge, Hon. Justice Halima Sa’adiya Mohammed who is the next most Senior Judge in the High Court of Justice, on her well-deserved appointment, Governor  Yahaya said  that the new acting CJ has the requisite expertise, integrity, courage and experience to oversee the Gombe State judiciary and consolidate on the numerous gains of her predecessors.

“The judiciary is going through periods of reforms and changes, especially around the area of digital transformation and e-governance. This was made clear during the Covid-19 pandemic when our courts resorted to online sessions to continue with the dispensation of justice. I have no doubt that the new Acting Chief Judge has what it takes to lead the judiciary into this new era of digital justice administration”.

He said over the past three years, his administration has introduced far reaching reforms across many areas of governance.

These reforms as explained by the Governor, have earned the state, national and international commendations in areas of land administration, ease of doing business, civil service reforms and human capital development.

“In order for the judiciary to adequately play its role, we need to train and equip our judicial officers with the requisite knowledge, tools and insights to meet the needs of a 21st century judicial system, in line with international best practices”.

The Governor said his administration strongly respects the principle of separation of powers which was why the State government under his leadership has shown commitment towards the independence of the judicial and legislative arms of government.

“We are working closely with the judiciary on all areas of reforms and interventions. Because it is my belief that the business of governance can only succeed in an environment where the executive, legislature and judiciary live in unity, harmony, and mutual cooperation”.

Governor  Yahaya explained that with the oath taking, the acting CJ is now  the head of the Judiciary, which is the third arm of government, comprising the High Court, the Sharia Court of Appeal and the Judicial Service Commission.

He intimated the Acting Chief Judge that while discharging her constitutional duties, she should do so without discrimination, fear or favour.

The governor restated the commitment of his administration towards respecting the independence of the Judiciary according to the provisions of the Constitution of the Federal Republic of Nigeria.

Earlier in an address of welcome, the Secretary to the Gombe State Government,  Professor Ibrahim Abubakar Njodi described the swearing of Justice Halima Sadiya Mohammed as the Acting Chief Judge of Gombe State as another milestone in view of the fact she is the second woman to be appointed as Acting Chief Judge under the administration of Governor Inuwa Yahaya.

“This development only goes to affirm and reaffirm why His Excellency is the already award recipient of the “He for She” in Nigeria and a strong respecter of principles of separation of powers”.