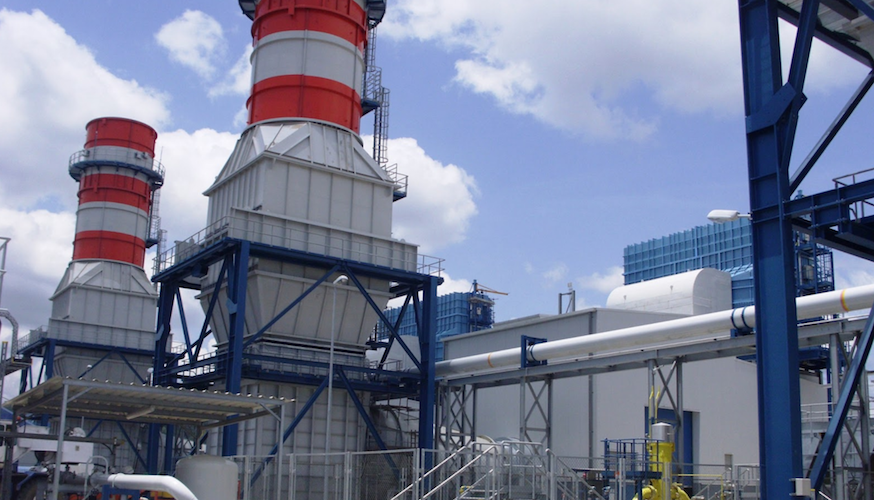 Geregu Power Plc (GPP) was yesterday admitted into the Main board of the Nigerian Exchange Limited (NGX) by way of listing by Introduction (LBI) with the admittance of 2.5 billion ordinary shares of 50 kobo each at N100 per share on the Exchange.

Geregu Power, a leading power generation company (Genco) in Nigeria, is the first Genco to be listed on the NGX Main Board, a listing segment for well-established companies with demonstrable records of accomplishments. The listing of Geregu’s shares has added N250,000,000,000 billion to the market  capitalisation of NGX, further boosting liquidity in the Nigerian capital market and providing opportunities  for wealth creation.

However, amid high investors’ demand, Geregu Power’s stock gained 10 per cent (N10) m on its first trading day on the NGX to close at N110 per share from N100 per share it was listed by introduction.

The gain pushed its market capitalisation to N275 billion from the N250 biliion it was listed.

The leading power generation company  traded 8.5 million volume of shares at N935 million in one day as its listing further boosted liquidity in the Nigerian capital.

To mark the significance of the listing, a closing gong ceremony was being planned for the last week of October 2022.

The company had appointed the accounting firm of PriceWaterhouseCoopers (PwC) in June 2022, as auditors of the firm; and also brought on board Mr. Paul Miyonde Gbededo, former Group Managing Director/CE of FMN unto its board.

Speaking on the listing, the Executive Chairman, Board of Directors, GPP, Mr. Femi Otedola, stated that, “the listing of the company was the actualisation of a vision to bring world-class standards in governance, sustainability, and business processes to the company and the Nigerian electricity sector.” He added that, “listing on the Main Board of the Exchange will ensure that the long-term growth of the company is assured and its benefits will be passed on to our esteemed shareholders.”

Nigerian Exchange Limited continues to evolve in order to remain an attractive destination for issuers, meet the needs of our valued stakeholders and achieve the highest level of competitiveness.

Commenting on the development, the Chairman, NGX, Mr. Abubakar Mahmood said, “We are  particularly pleased that Geregu Power has joined the prestigious group of companies listed on our Main  Board, which will differentiate it as a professionally run power company with high standards, having met  NGX’s listing criteria.

“A Main Board listing is a sign of commitment to strong corporate governance, excellence, professionalism, efficiency in service delivery, and providing increased returns to shareholders. It is our expectation that the Geregu Power listing will encourage other power generation and distribution companies to list their shares on the Exchange, thereby opening the sector up to cheaper, long-term capital that will boost infrastructural development and value creation.”

On his part, the Chief Executive Officer, NGX, Mr. Temi Popoola, said, “Today’s (yesterday) listing is a promising  development in the country’s power sector and we are delighted to welcome Geregu Power Plc to the  Exchange. Having Geregu listed in our market is proof of NGX’s commitment to building a robust and inclusive market and creating avenues for sustainable investment.

“This listing will enhance liquidity for Geregu, increase its visibility among global investors, elevate its value and boost transparency, as our marketplace is a sterling platform for raising capital and enabling sustainable growth for national development. As a listing platform of choice, we are committed to working with companies at various stages of growth to explore the different opportunities in the capital market to meet their business objectives.”

Beside Otedola, the Board of Geregu Power is made up eminent Nigerians that are committed to corporate governance.

Otedola joined the board of GPP as Chairman of the Board of Directors in November 2013. Prior to this, he was the Chairman of the Board of Directors of Forte Oil Plc (now Ardova Plc) from May 2007 to June 2019. His vision transformed Forte Oil Plc into one of the highest performing companies on NGX. The company grew in leaps and bounds to become a model of the possibilities inherent in Nigeria, winning numerous accolades in recognition of the successful business turnaround, prompt financial reporting, strong corporate governance and investment of choice within the Oil and Gas Industry and NGX.

In 2019, with a firm belief in the power reforms of the federal government and overall vision “to be the leading provider of integrated power in the region”, he made a very strategic decision to sell his majority stake in Forte Oil Plc and invest in developing the power industry in Nigeria through the acquisition of a majority stake in GPP, via an investment vehicle called Amperion Power Distribution Company Limited.

He has held several board memberships including President of the Nigerian Chamber of Shipping and as past Chairman of Transcorp Hilton Hotel, Abuja. He was appointed Member of the Governing Council of the Nigerian Investment Promotion Council in January 2004 and in December of the same year, he was appointed a Member of the Committee saddled with the task of fostering business relationship between the Nigerian and the South African Private sectors. He was a member of the National Economic Management Team from September 2011 to May, 2015 and the Honorary International Investors Council under the leadership of Baroness Lydna Chalker. Mr. Otedola was further recognized for his immense contributions to the growth of the Nigerian economy with the conferment of the prestigious National Honour of “Commander of the Order of the Niger – CON” in May 2010.

A philanthropist with deep involvement in educational causes at all levels via the Sir Michael Otedola Scholarship Awards Foundation, he has continued to demonstrate his passion for his community, Epe, Lagos State and Nigeria in general, committing huge financial resources to the sponsorship of promising but financially disadvantaged students.

Recently, he became the Chancellor of Augustine Catholic University, Ilara-Epe, Lagos State; and an esteemed member of the ‘Group of Eminent Personalities’ appointed as members of the National Peace Committee (NPC) ahead of the 2023 elections in Nigeria.

Also on the board is Mr. Akin Akinfemiwa, who is the Chief Executive Officer of GPP..  He is responsible for the overall strategic leadership, direction and expansion for the business. He coordinates the formulation, review and implementation of the organisation’s strategy, goals and objectives. Akin serves as a Director on the Board of Amperion Power Distribution Limited, and GPP.  A former CEO of Forte Oil Plc, was responsible for the the massive turn-around witnessed in the oil company before Otedola divested from it.

It also has Christopher Adeyemi as a Director. Adeyemi attended Obafemi Awolowo University Ile Ife where he obtained his LL.B (Hons) degree in 1989. He became a Barrister and Solicitor of the Supreme Court of Nigeria in 1991. Mr. Adeyemi began his legal career as Head of Green Form Advice and Assistance Team in The Legal Aid Board of England and Wales.

Similarly, Paul Miyonmide Gbededo is a Director in the company. Gbededo is a master corporate strategist, hardworking, honest and an urbane gentleman, Paul Gbededo, a Fellow of the Polymer Institute of Nigeria and an Associate of the Chartered Institute of Arbitrators was the Group Managing Director / Chief Executive Officer of FMN from April 2013 to December 2020. He now serves as the non-executive Vice Chairman on the Board of FMN.

Julius Owotuga, a Director, is currently the Deputy Chief Executive of GPP. Prior to Geregu Power Plc, he was the Group Executive Director, Finance and Risk Management of Forte Oil Plc. He joined Forte Oil Plc from the Africa Finance Corporation (AFC) where he had responsibilities for the Corporation’s Assets and Liabilities Management function and doubled as the Deputy Treasurer. Seen as a core professional and a turn-around agent who helped steered Forte Oil Plc to the success it attained.

John Lee, a British national, also a Director, has worked in the Financial Services Industry for around 40 years with the last 25 years having particular focus in Nigeria including extensive travel to the region. He has primarily worked for global international banks HSBC & Standard Chartered out of London.

Anil Dua, another British national, a Director of Geregu Power Plc,  is a co-founder and partner of Gateway Partners, where he also serves as a member of its investment committee leading deal origination and execution across Africa. Prior to establishing Gateway Partners, he was the Chief Executive Officer of Standard Chartered Bank (West Africa), a role he occupied between 2010 and 2015.

Ms. Olawunmi Otedola, also a Director, is a renowned professional and founder of The Utopia Group, an NGO targeted at alleviating the lives of the Nigerian children. Prior to establishing The Utopia Group, Otedola worked with several leading corporates, domestic and international, including Zenon Petroleum and Gas Limited and Scottish Church Heritage Research.

Doron Grupper, an Israel national, is a vast professional with experience across and management. He is currently a consultant to Energix Renewable Energies Limited, a renewable energy company with a focus on wind turbine and solar energy.

Akin Olagbende is currently the General Counsel at GPP. Prior to this role he was the General Counsel and Company Secretary at Forte Oil Plc from 2012 to 2019. He is a graduate of the University of Sussex in Brighton and subsequently graduated from the Nigerian law school in 2004. Responsible for the overall legal, compliance and secretarial functions, Mr. Olagbende has over sixteen (16) years of experience in Corporate, Commercial and Company law and practice.