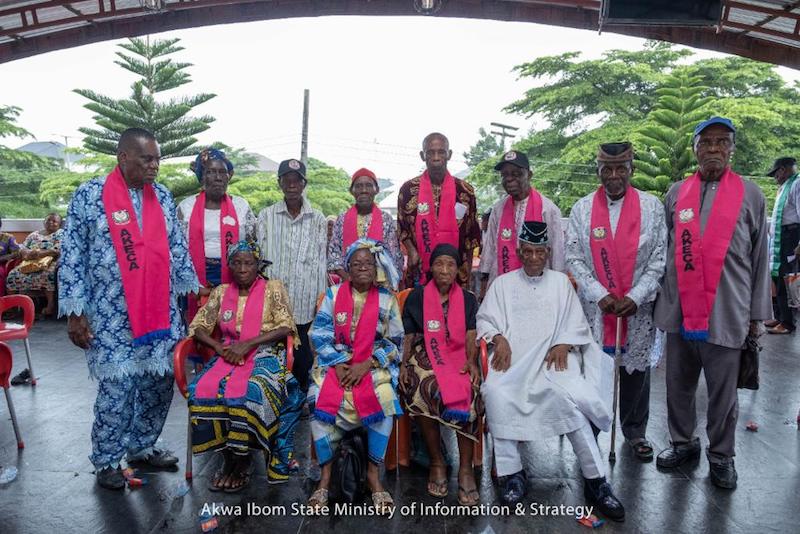 Akwa Ibom State Government has restated commitment to ensuring that elderly citizens in the state are given full protection from all forms of harmful practices, including denigrating referrals and undignified treatments.

The Commissioner for Information and Strategy, Comrade Ini Ememobong gave the assurance Wednesday, during a ceremony organised by the leadership of the Akwa Ibom Elderly Citizens Assembly (AKECA), to commemorate Nigeria’s first National Day for Senior Citizens, held at the L & L Hotel, Uyo.

Represented by his Permanent Secretary, Akparawa James Edet, Ememobong commended elders in the state for their mentorship roles, especially in shaping the thought patterns of younger people in order to help them become responsible citizens.

While advocating for elderly citizens in the society to be accorded respect and proper care from all quarters, the Commissioner assured that the State Government would continue to promote policies and programmes that would give a sense of belonging to everyone, including the elderly.

“AKECA is made up of great men and women, who in their prime, contributed enormously to the creation and development of our state. Therefore, the state Government is appreciative of the roles and the good examples that you have laid down for the younger generations to emulate”, the Commissioner said.

Earlier, the National President of AKECA, Mkpisong Ememobong Essien, indicated that the group was formed to provide a platform, as well as serve as a strong voice to advocate for the well-being of elderly citizens in the state.

He expressed his excitement about the steady progress made by AKECA since its formation in 2015, noting that with more support from the State Government and other spirited individuals, the plight of many elderly citizens in the state would be relieved.

In his address, the Keynote Speaker, the MD/CEO of L & L Hotel, Sir. Christopher Uwa, emphasised on the need for elderly people to maintain a balanced lifestyle through consumption of healthy meals and regular exercising.

He pointed out that it was important for older people to come together to celebrate themselves, which according to him, would help them to occupy their minds positively, thus rekindling a feeling of belonging and support.

The event featured decoration of Comrade Ini Ememobong, Sir Uwak, and the executive members of AKECA with insignia of the assembly.

On December 14, 1990, the United Nations General Assembly voted to establish October 1, as the International Day for the Celebration of Older People as recorded in resolution 4/106. The global event was observed for the first time in 1991.

Similarly, the President of the Federal Republic Nigeria, Muhammadu Buhari in December 2021, declared October 5 as National Day of Senior Citizens, as a mark of honour and also in recognition of their numerous contributions to national development.

The umbrella theme for the United Nations International Day of Older Persons in 2022 is: Resilience of Older Persons In A Changing World. Under this broad heading, emphasis was laid on awareness on special features of the elderly.