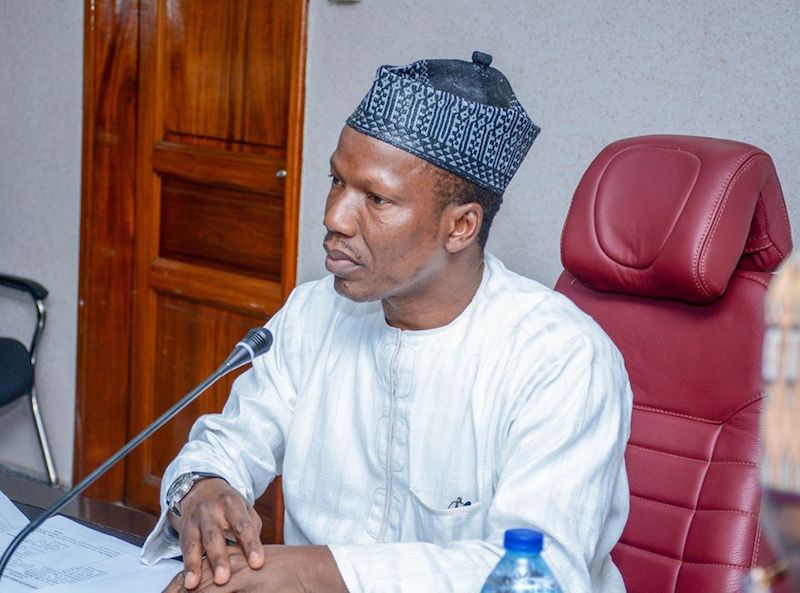 Nigerian airlines have reacted to the announcement made recently by the Managing Director of the Federal Airport Authority of Nigeria (FAAN), Capt. RabiuYadudu, who stated that the agency in collaboration with the Nigerian Airspace Management agency (NAMA), has suspended the extension of time for flights that wish to land at the airports, which are normally closed by 6:00, known as daylight or sunset airports.

Most of the airports under this condition are usually the ones without airfield lighting, which enables planes to land in the night or the airports with such facility but not approved to operate in the night due to safety and security, as well as other considerations.

But airlines have complained that without extending time for them to operate to these airports after 6:00 pm, FAAN has further shrank the flight time for domestic operators, which only have 12 hours window from 6:00 am to 6:00 pm.

The airlines therefore request that the decision of the agency should be reviewed because many airports in Nigeria do not have runway lights so flights do not land or take off from these airports after 6:00 or 6:30 pm, but sometimes airlines seek from the authorities the extension of the time beyond 6:00 pm so they can operate flight to some of these airports with runway light and other night landing facilities.

Spokesman of one of the airlines who wouldn’t want to be quoted, told THISDAY that FAAN has not explained in details why they chose to suspend the extension time to the airports because some of these airports are located inside the cities and therefore do not have security threats. He identified such airports as the Calabar airport, which has airfield lighting but it is not allowed to operate into the night; the Benin airport, which also has airfield lighting but not allowed operating in the Night. Other airports are the Sam Mbakwe International Cargo Airport, Owerri and the AkanuIbiam International Airport, Enugu.

“Maybe airlines are not paying FAAN and NAMA well. Maybe they will have other reasons why they have chosen to stop extending time for airlines. But we know that our aircraft are under utilized and some of the airports are also underutilized. Due to operational time available in Nigeria, airlines have operational window of 12 hours and under this operational window you have to take out turnaround time, delays like VIP movement, weather issues and rotation time and you realise that airlines operate their aircraft average of seven hours a day. These are aircraft that should be maximized 18 hours a day. So we already have underutilization issues, which technically is not good for the aircraft.

“What this means is that when it is 5:00 pm and you suspend flights to these daylight airports. If you have tech issues and the aircraft is ready by 4:30 pm, you cancel the next flight if it is to these sunset airports. This will have severe implication to airlines but we have to obey the rules,” he said.

He also noted that cancelling flights will be huge discomfort to passengers but it is the airlines that suffer more, noting that an airline may schedule flight for 3:00 pm but weather may push it down to 4:00 pm to 5:00 pm under which the airline may cancel it because FAAN would not extend its time from 6:00 pm to 7:00 pm or later than that.

“When you cancel flights passengers will be angry. It is not good for the image of the airline, but passengers are ignorant of what we go through. Airline’s flight schedule can be delayed by weather issues and even when there is time but flight time might extend beyond 6:30 pm, you cancel the flight. The passengers will suffer but everything bounces back on the airlines. We can be delayed by VIP movement, weather and other factors, but the passengers do not understand these. When you cancel flight what they know is that an airline cancelled flight. They rarely understand with you. They don’t believe you if talk about sunset airports or weather or VIP movement. As you try to explain to them they get angrier,” he said.

Industry analyst and the Managing Director of Flight and Logistics Solutions Limited, Amos Akpan advised the airlines to plan their schedule in response to the notification, scheduling their flights to daylight airports in the mornings and return flights in the early noon (if they operate more than once to such airports). He said that an airline could decide to do six rotations in a day that every rotation is too hours, which means six rotations would give the airline 12 hours.

“Every airfield has its notification, when you can operate there, so airlines should schedule their flights to dovetail with the airfield notifications. The airports operate in accordance with safety and security windows, but airports cannot depend on revenues from flights to survive. You plan your airport as a business infrastructure, not for airline flights alone. If you have shopping malls and other services they will be the reason why you can operate into the night and the cost of extension of services will be borne by the other businesses that generate revenue for you,” he said.

However, THISDAY learnt from a dependable source in FAAN that the security issues that the FAAN Managing Director gave as reason for suspension of extending flight time to sunset airports might not be the only reason; there may be another.

“They said they N100, 000 paid to FAAN and N50, 000 per hour paid to NAMA are not enough to offset the cost of extending flight time for one hour. NAMA said that amount couldn’t even offset the cost of diesel for that period they will be running their generators. And you know that workers who have finished their shift are made to wait for extra time to attend to the flight and the Air Traffic Controllers will also wait for the aircraft to arrive,” he added.

But many in the industry feel that the decision to cut down operation time for airlines is coming at a time when FAAN should have put in businesses at some airports and make them operate for 24 hours.

But FAAN said it has stopped extending such time and has also held meeting with sister agency, the Nigerian Airspace Management Agency (NAMA) and both have resolved to adopt the new operating standards policy by ending flight operation extension to sunset airports across the country.