Colonisation Was a Startup: A Renewed Call For Restoration Of Africa’s Heritage 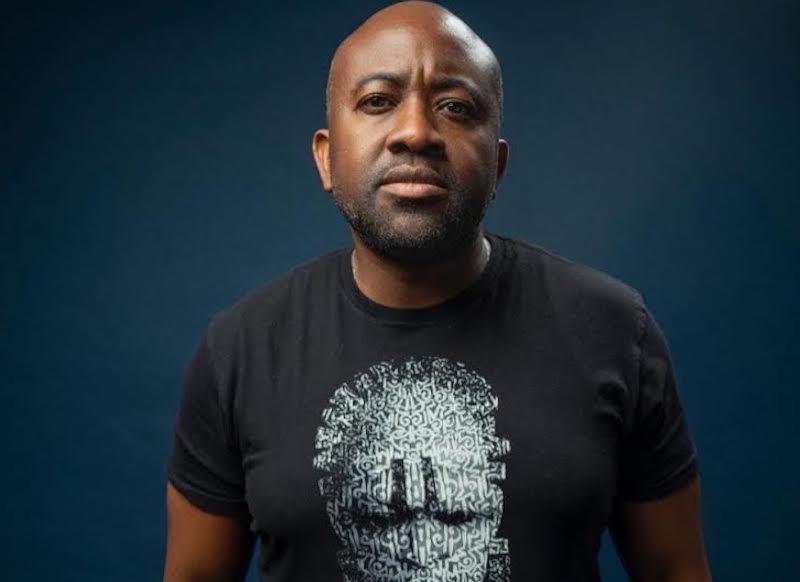 September 2022: Just recently, the trailer for Black Panther 2: Wakanda Forever, was received with delight because fans of Marvel Studios will get to enjoy another epic cinematic work that follows the release of Black Panther 1 in 2018.

Sincerely, I love the visual attraction of the film but as a proud African man, the film is not merely another success story for Marvel Studios, the producers of the film, but a continued celebration of our heritage and the display of it to a global audience that has now realized how wonderful Africa, its people, and cultures are.

Now, in one of the first scenes of the 2018 release, Erik “Killmonger” Stevens (played by Michael B. Jordan) is examining a variety of African artefacts in front of a museum display when the museum director approaches and offers to tell him more about the pieces. This part of the film may have been one scene, but it tells the over one-century story of Africa; who we are, and how far we have come.

It is the year 2022 and the clamour for the return of Africa’s artefacts that were taken away by European countries over a century ago is still raging. But how did we get here?

Africa, before the invasion of the Europeans, was already experiencing a great measure of civilization and did not need a third party to colonise her. We were on the way to our civilization and this would have revolutionised the way we did things.

According to the stories we were told, Africa was not just the birthplace of humanity but also the cradle of early civilisations that made an immense contribution to the world. The most notable example is Kemet – the original name of ancient Egypt, which first developed in the Nile valley over 5,000 years ago and was one of the first monarchies.

But the ancient Benin Kingdom was the real Wakanda as it was a powerhouse among other Kingdoms in Africa.

Oba Ewuare I, who reigned from 1440 to 1473, is widely credited with transforming the kingdom into a modern state. He was also associated with architectural advancements, city planning, elaborate celebrations, and the introduction of royal beads. He finished the first and second moats; a network of walls that surrounded the city and protected it from external aggressors, extending over 16,000 kilometres and enclosing 6,500 square kilometres of common property.

So great was the civilization of the Benin Kingdom that Portuguese ship captain, Lourenço Pinto, wrote in 1691, “Great Benin, where the king resides, is larger than Lisbon; all the streets run straight and as far as the eye can see.

“The houses are large, especially that of the king, which is richly decorated and has fine columns. The city is wealthy and industrious. It is so well governed that theft is unknown and the people live in such security that they have no doors to their houses.”

The Benin moat was defined by The Guinness Book of World Records in 1974 as the largest earthwork in the world before mechanical inventions, and it is considered the largest man-made invention, second only to the Great Wall of China.

Colonisation disrupted what could have been described as Africa’s natural and steady growth to become one of the world’s most advanced continents.

The renewed call for the return of our artefacts could not have come at a better time. Today, many black people are tracing their roots to Africa and I am fascinated by this. Ghana holds the Year of Return, an event that attracts black foreigners to Africa and helps them find their roots. Some took DNA tests and they successfully traced their ancestry to Africa. Interestingly, one such person is the famous Hollywood actor, Samuel L. Jackson, who traces his roots to the Bantu tribe in Gabon.

However, at the British Museum in London, the Louvre Museum in Paris, the MFA in Boston, the Royal Museum for Central Africa in Belgium, the Metropolitan Museum in New York, and several other global museums, African artworks have been kept for many decades. According to French art historians, an estimated 90% of Africa’s cultural heritage is in Europe. The Musée du quai Branly–Jacques Chirac in Paris alone holds around 70,000 African artefacts, and London’s British Museum has tens of thousands more.

Others can be found in the Museum of Fine Arts, Boston, as well as the Metropolitan Museum of Art of New York City, both in the United States.

You may be wondering, “why is he harping on this subject?” Well, to many who do not know, Art is life! Although I do not see myself as a collector, I believe I am a serious admirer of the art forms and talents that are engaged to create them. This is why we are focused on continually advancing Africa, her talents, and works, through initiatives such as the Edo Museum of West African Art (EMOWAA), and the Edo Global Art Foundation where renowned artist, Enotie Ogbebor, and I have played active roles in mentoring artists for the last five years.

The Edo Global Arts Foundation is a non-profit organisation dedicated to promoting and supporting African arts and culture. Through the arts and crafts it produces, the Foundation aims to further develop Edo State and empower its citizens and inhabitants. Edo Global connects the globe to Edo State with innovative solutions and strong art history, thereby ensuring innovation from Igun street to the Oba’s Palace, and Ring Road, all of which are arts and cultural landmarks in the Benin Kingdom. Our work represents solutions to economic development, social cohesion, and income prospects for people and the state as a whole. As a result, we support, promote, advocate for, and celebrate arts and artists.

As a Benin man and an art enthusiast, I will seize every opportunity I get to show people where I come from and all that makes my roots special. This is why I cannot help but lend my voice to the call for the return of our artefacts. My call is not just borne out of the fact that I love art and everything it represents but because this hits home; directly to my roots.

A good friend, who is vocal about the return of the stolen artefacts is the multidisciplinary Edo visual artist and writer, Victor Ehikhamenor. Like me, Victor is a contributor and director at Edo Global Art Foundation and he is also a director at the Edo Museum of West African Art (EMOWAA).

Earlier in the year 2022, Victor placed one of my favourite of his works – the deposed Oba Ovonramwen – above the memorial of Sir Harold Holdsworth Rawson who led the unwarranted expedition of the Benin Empire in 1897. His move was aimed at shaking the St Paul’s crypt and driving home the displeasure of a people on what was done on their land and to their ancestors over a century ago and I believe the message was clear to all who saw it.

Victor had said in an interview with The Lagos Review, “A thief does not have more rights than the person he stole from,” after Scotland made moves to return a bronze head that was stolen from the Benin Kingdom. But why are these artefacts still held where they do not belong? I can tell you for free, the reason is that the value of African art is unquestionable; nobody keeps a thing if it is not valuable.

The value of African art

The African art forms serve as documentation; they tell the stories of our heritage, cultural practices, and history. These artworks also underline the significance of our spirituality as Africans. This is true because we the Benins know for a fact that our works were documentation of our stories, heritage, history, and coronation procedures.

The value of African art cannot be stressed as it cannot be measured in monetary valuations. After all, it is worth much more than any sum imaginable because it connects us to our roots. Through such symbols as art, black people in the diaspora can better understand their ancestry. This is why I say again that the call for the return of African artworks should be heeded.

Although it has been established that African heritage cannot be exchanged with mere money because of the deep meanings it bears, the economic value of African art, however, is key to further unlocking the potential of our tourism sector and increasing our GDP. This, we will do, by opening our gates to millions of people who will visit the continent to catch glimpses of our artefacts and our new creations.

Guobadia is the Director of Edo Global Art Foundation