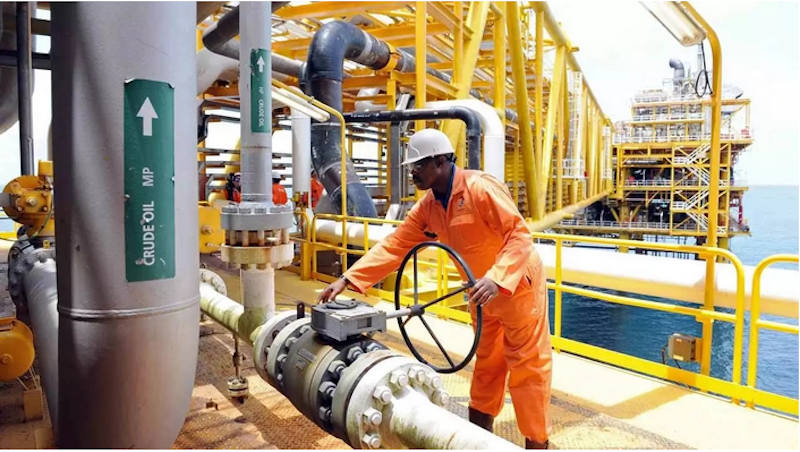 As part of its drive for increased Foreign Direct Investments (FDI) into the Nigerian oil and gas industry, the federal government has finally set up the Oil and Gas Investment Promotion Centre at the Ministry of Petroleum Resources in Abuja.

The investment promotion centre is to make it easy for prospective investors to make enquiry as well as to play in the sector.
On the other hand, oil and gas exploration and production companies affiliated to the Oil Producers Trade Section (OPTS), a group under the Lagos Chamber of Commerce and Industry (LCCI) said they have paid tens of billions of dollars to Nigeria in the last 60 years of the group’s existence in the country.
The duo of the Minister of State for Petroleum Resources, Chief Timipre Sylva and the Chairman of OPTS, Mr. Rick Kennedy made the disclosures at the 60th anniversary dinner of OPTS held in Lagos, recently.

Delivering his goodwill message at the occasion, Sylva, who was represented by the Acting Permanent Secretary of his ministry, Mr. Kamoru Busari, said setting up of the investment promotion centre was part of the government’s effort to create an enabling environment and attract more investors into the oil and gas sector.
The ministry had in August this year inaugurated a committee on the establishment of an oil and gas promotion office in Abuja to interface with businessmen interested in investing in the sector.

Busari, who was at the time, the Director overseeing the Office of the Permanent Secretary of the ministry, had explained that having an investment promotion office in the ministry was a strategic milestone to get investors to put their money in Nigeria’s oil and gas sector.
He had also stressed that the initiative would come in handy to businesses, given the country’s enormous oil and gas deposits, adding that the inauguration of the committee the was sequel to the approval granted by the Sylva on 22 June, 2022.

But speaking at the OPTS 60th anniversary dinner, Sylva explained that as the government seeks to maximise the value from the nation’s crude oil, gas, which had been declared as Nigeria’s transition fuel would help in the government’s drive to address the country’s energy poverty status in power, transportation, agriculture and other critical sectors to fully industrialise to nation.

According to him, achieving the goals would therefore require the creation of a conducive business environment to attract all the available FDI in the sector.
He further explained that the investment promotion centre was initiated in collaboration with the industry regulators to create a culture of business enablement for would-be investors, adding that the ministry was also in the process of bringing up policy guidelines on all aspects of the Petroleum Industry Act (PIA) 2021, to guide the industry.

Sylva said, “With formulation of deliberate policies that will encourage investments and enhance businesses in all streets.
“In attracting this needed investments and as alluded in the Petroleum Industry Act, the ministry, in fulfilment of its mandate as enshrined in the PIA, to promote an enabling environment for investment in the Nigerian petroleum industry, we have set up an oil and gas investments promotion office, which will act as a one-stop-shop for oil and gas investors.

“This centre is being initiated in collaboration with the industry regulators to create a culture of business enablement for would-be investors. We are also in the process of bringing up policy guidelines on all aspects of the PIA 2021, to guide the industry and lead to this production growth. It is not an exaggeration to say that the ability of this industry to meet the world energy needs without damaging the environment will determine the trajectory of the 21st century.”

Decrying Nigeria’s under-performance in oil production due to the escalating oil theft and vandalism of upstream assets, the minister said the country’s oil production decline reached an all-time low at a time the price of the black gold also spiked to an all-time high in five years.

Owing to the multiple challenges facing the country’s oil sector, Sylva said the industry’s situation could, “best be summarised as prospect good, unstable, unsuitable, with security, technical issues, reduced investment and assets litigation identified as the mitigating factors.”
He observed that Nigeria’s upstream oil sector had never witnessed this scale of destruction of facilities before.

He said with over 265 illegal refineries existing and being operated within the Shell Petroleum Development Company (SPDC) corridor alone, efforts to bring them down had only resulted to creating new ones.
In managing this ugly menace and to restore the confidence of government’s partners, Sylva noted that the federal government was taking a lead on the issue of security of the oil and gas industry using a wider approach to the matter.

“All these efforts are being made to achieve the 2016 highs of oil production”, he stated.
He, however, reiterated that Nigeria had committed to the net zero target by year 2060, saying there was therefore an urgent need to monetise the country’s crude oil by increasing reserve to 40 billion barrels and taking production to over three million barrels per day.

He said part of the need was to add value to the huge oil and gas resources by making the nation self-sufficient in white products and a refining hub for Africa, revealing that excessive work was ongoing to achieving this aim of making Nigeria a petroleum refining hub.

Meanwhile, in his welcome address at the dinner, Kennedy, who was represented by the Vice Chairman of OPTS, Mr. Osagie Okunbor, disclosed that the group’s member companies have made payments worth tens of billions of dollars to Nigerian government in taxes, royalties, rents, levies and license fees, in the last 60 years of the group’s existence in the country.

According to him, OPTS member companies have continued to invest in individual and group skill development to support exploration and production activities and strengthen the supply chain, saying this was in addition to a strong social investment programmes that span Nigeria, with a focus on their host communities.
He recounted that OPTS began modestly in 1962 with only three founding member companies -Chevron, ExxonMobil and Shell, explaining that the group was formed in response to the burgeoning oil and gas sector following the discovery of oil six years earlier in 1956.

Kennedy said the history of OPTS was the story of Nigerian oil and gas exploration and production, adding that over the last 60 years, they have evolved as a group and have become partners with Nigeria in the development of a sector that is key to the nation’s economic development.

From an organisation initially dominated by international oil companies (IOCs) to an all-inclusive 29-member group, out of which 21 are indigenous and homegrown, he explained that OPTS member companies have made significant impact on the Nigerian economy.
He pointed out that Nigeria’s needs have grown over time just as the oil and gas industry, which he noted, has consistently responded positively.
Kennedy maintained that the companies have demonstrated resilience and commitment in the face of economic, security, environmental, and funding challenges.

He further said, “We have amassed many chapters in the OPTS scroll over the past 60 years, and today, we have the opportunity to celebrate 60 years of partnership, 60 years of working together, and 60 years of shared success.

“Despite the challenges confronting the industry, there are opportunities for improvement and growth. This is what we see in OPTS. Working with the governments at all levels, we have the responsibility and the commitment as a group to get the right policies for our people and for the country.”