Lawmaker Inaugurates Boreholes, Classrooms, Others for Constituent  4 hours ago 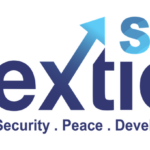 Nigeria’s largest indigenous port operator, ENL Consortium has emerged as the Most Outstanding Maritime Company of the Decade at the 2022 Marketing Edge Awards.

ENL Consortium, which is the operator of Terminals C and D at the Lagos Port Complex Apapa, won the prestigious award on Friday night in Lagos.
The award is coming on the heels of a similar honours bestowed on the company when it won the Most Outstanding Maritime Operator of the Year at the 2018 Independent Newspapers Awards in Lagos, and Port and Container Terminal Development Award at the prestigious Seatrade International Award held in Dubai, United Arab Emirates.

The Chief Executive Officer of Marketing Edge, John Ajayi, lauded the impact of ENL Consortium on the Nigerian economy.

“Our resolve to recognize players and gladiators as well as iconic leaders in the business of brand management and the management of brand business was informed by the fact that these are the people that have made the industry tick over the years.

“We have watched and monitored these individuals and agencies very closely in the last 19 years and can confidently attest to their market leadership, resilience, excellence and above all landmark achievements in their various sectors,” Ajayi said.

The Executive Vice Chairman/CEO of ENL Consortium, Vicky Haastrup, who dedicated the award to “all the hardworking management and staff” of the company, said all hands must be on deck to promote the development of the maritime sector.

Haastrup, who was represented at the award ceremony by the Executive Director of Operations, Mr. Mark Walsh, said ENL Consortium has made substantial investment in human and material resources at the port.

“We have good people working with us and I am happy to dedicate this award t all of them – the hardworking, committed and patriotic staff of ENL Consortium, who work day and night to ensure that ships are promptly discharged and cargoes are delivered in good time to their owners.

“When we came into the port in 2006, the terminals handed over to us to manage were at ground zero. Nothing was working. The equipment were not functional, there were endless ship queues even as touts called the shot. The morale of workers was at its lowest ebb.

“But immediately we resumed duty, we turned the story around. Today, we have dockworkers who are proud to be called dockworkers because they now have good conditions of service. We have acquired modern cargo handling equipment to ensure that ships are discharged in good time.

“We also embarked on massive civil engineering works to ensure that we developed the terminal and raised its operational standard to what is obtainable in the ports of advanced countries,” she said.