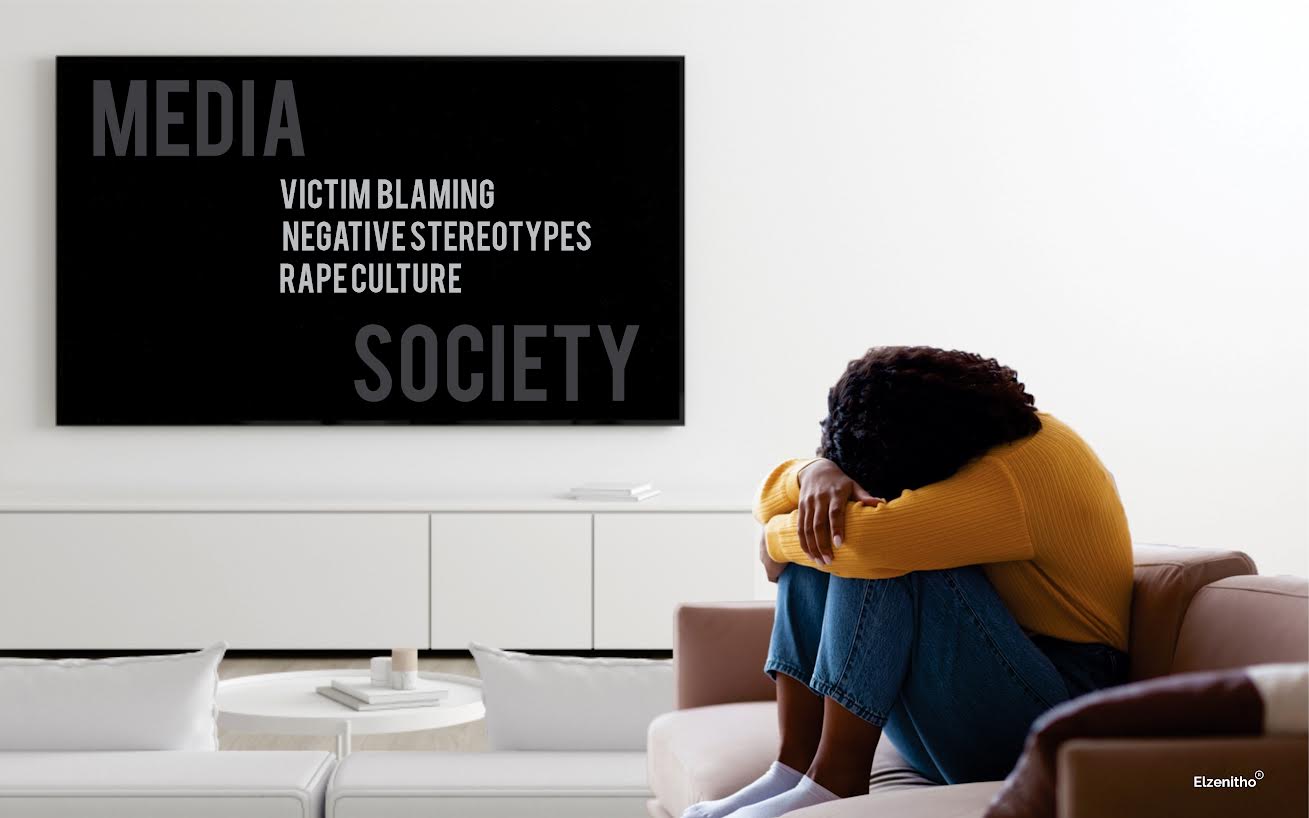 In this article, Soyem Osakwe, who highlights how media coverage can lead to victim blaming and propagation of negative stereotypes, proffers solution on the imperative of balancing news coverage by using thematic frames which could help the audience understand the enormity of the crime, the systemic factors that allow rape thrive and why deterrents are important to curbing the spate

Victims and survivors of rape face a lot of scrutiny and their credibility is constantly debated by society. While some empathise with survivors; there are others who quickly begin to interrogate the actions and behaviour of the survivor, with the aim of finding a reason or an excuse to justify the crime of rape and why it has happened.

Female survivors face more scrutiny in this regard and are often subjected to further abuse and victimisation. For years, activists have criticised the media for propagating narratives that lead to victim blaming and harm survivors even further. In this piece, I provide a concise description of how the media reflects the culture of the society in which it functions.

A recent analysis of how Nigerian newspapers reported the spate of sexual violence between 2020 and early 2022 indicates trends in news coverage that raise questions about the agenda and frames employed (Osakwe, 2022).

The study found that by using episodic frames to report rape, the media focused on cases as though they were independent events occurring without a central problem of inequality, misogyny and harmful stereotypes.

Political communications scholar, Iyengar propounded episodic and thematic frames, indicating that different framings of news issues have varied implications on how the public assigns blame for both the origin of societal problems and their remedy.

A thematic frame emphasises how to solve the circumstances that lead to the problem, whereas episodic frames focus on how to fix the individual who is having a problem. The analysis of news stories on rape in Nigeria revealed that the attributes of victims or survivors most highlighted in the reports are age, educational status, location, and sexual behaviour.

For example, some reports referenced victims as virgins, and in other instances, commercial sex workers. Activists and researchers acknowledge that reporting on sexual behaviours of victims leads to the audience analysing who is more deserving of justice.

Thus, coverage which highlights specific aspects of the victim’s life could result in the audience being distracted from the crime committed and focusing on the type of victim and if they are deserving of justice.

Another noticeable trend is the amount of media coverage given to perpetrators via interviews. In some cases, the journalist posed questions to the suspects on why they committed the crime; and a common response noted in the referenced study was that the victim had received monetary gifts from the perpetrator or a friend as such the perpetrator felt he was within his rights to rape the victim.

The offenders’ comments quoted in news reports also show that, the media presented harassment and catcalling by the perpetrator as “rebuffing the advances of an admirer” thereby, minimising and understating the impact of the perpetrator’s actions.

By giving offenders a platform to repeat the atrocities they had committed and providing a rationale for why the crime was committed, the media inadvertently blamed victims and reinforced negative stereotypes.

A study published in 2018 by Buam et al., found that when victim blaming is common in news reports, more sexual violence occurs in society. This study and others have found a connection between media coverage of sexual assault and the ability of victims to disclose the crime, society’s perception of the crime, law enforcement’s investigation of the crime, and the lack of accountability that aids offenders in avoiding punishment.

Yet another stereotype reinforced in the news reports gives the impression that boys and men are not victims of sexual violence. An interesting finding from the study shows that male victims of sexual

violence were seldom reported about in the media.

This could lead the audience to question if boys and men could be victims of rape and for male survivors, this could impact their decision to report or stay silent.

Data shows that while girls and women are more vulnerable to sexual assault, boys and men can also be victims.

According to data from UNICEF, one in ten boys and one in four girls have experienced sexual assault in Nigeria.

The Nana Khadija Centre, Sokoto reveals that 40 per cent of survivors treated at the centre from March 2020 till date are boys. Thus, sexual violence is multifaceted with a wide range of victims, perpetrators, and circumstances.

Global studies on sexual violence (SV) show that the fear of victim-blaming and stigmatisation are the most common reasons why survivors do not report. Survivors of SV face tremendous difficulty as they seek healing and justice.

In order for the audience to get a complete grasp of the issue, the media has a responsibility to present factual information on SV. Research on media framing shows that reporting sexual violence as independent occurrences, leaves out context, making it more difficult for the audience to understand how certain aspects of the culture and practices may be contributing to the rape crises.

It is therefore imperative that the media balances news coverage by using thematic frames which could help the audience understand the enormity of the crime, the systemic factors that allow rape thrive and why deterrents are important to curbing the spate.

*Osakwe is a global communications advisor. She works with non-profits to deliver social impact communications that effectively address social issues.

You can connect with her on LinkedIn

In order for the audience to get a complete grasp of the issue, the media has a responsibility to present factual information on sexual violence. Research on media framing shows that reporting sexual violence as independent occurrences, leaves out context, making it more difficult for the audience to understand how certain aspects of the culture and practices may be contributing to the rape crises