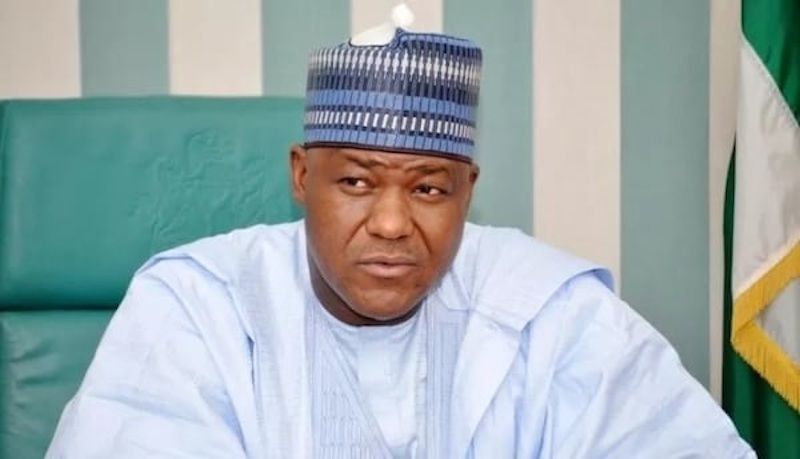 Former Speaker of the House of Representatives,   Hon. Yakubu Dogara has reiterated that the adoption of same faith Presidential and Vice Presidential ticket by the ruling All Progressives Congress (APC) is antithetical to nation building.

He spoke on Tuesday in Abuja at a submit tagged “Meet the Church” which was organised by the Nigerian National Christians Coalition (NNCC) with the theme; “The role of the Church in Nation Building”.

The former speaker also called on Christians to resist the temptation to waste their votes in the 2023 general elections as according to him, “Every Christian knows that our God does not tolerate waste. It is unchristian for the church to waste anything given to us from above as we own nothing except what is giving to us from above.”

He commended the church in today’s Nigeria for “shaken off the beast of complacency of the past into fire by speaking up and resisting measures adopted by some political platforms that will hamper nation building.”

He argued that the APC ignored warnings by the Christian Association of Nigeria (CAN), Catholic Secretariat, ECWA church and many other church bodies and adopted the same faith ticket in a manner that negated the fundamentals of nation building, such as shared identity, values and vision saying, “the APC adopted a same faith ticket in a country that has never attained nationhood.

“These warnings were not only ignored but dismissed in one fell swoop by the APC presidential candidate who strangely believes that he can build a strong, secure and viable nation-state without first forging a shared identity, vision and values for our people thereby enabling us transit from citizens of a country into a nation of people with strong shared identity and values.

“In their convoluted posturing, they have placed state – building ahead of nation building; a task never before achieved in history and we need no seer to tell us that such endeavour is guaranteed to end in spectacular failure. No divided people have ever built any civilization.

“To demonstrate that the church is right, it is not alone in condemning the same faith ticket. Other prominent Islamic clerics and Muslim leaders have also spoken in the same light. It is a good omen that both Christian and Muslim elites are not complacent over this matter. To this end it will be easy to generate the needed elite consensus that is key to nation building. All nations are built by elite consensus while all countries that failed at nation building were destroyed by elite complacency.”

“Granted that the Christians and Muslims will always disagree on some issues, there are however, many things over which we are agreeable. It is enough to forge ahead with the task of nation building based on those common issues we agree on. It must be noted that just as Muslims alone cannot built a nation out of Nigeria so also Christians alone cannot. We have to work together on “nation formations”.

He maintained that in 2023, every Christian must cast their votes as talents given to them by God to trade with as seeds that must not be wasted.

“We do not even have the liberty to preserve our vote just like the wicked and lazy servant did to his talent, we must cast the vote in a fertile ground i.e, the platform we know can win the election and nothing less or else. After all, is it in vain that it is said that Waste is worse than loss?”

He asserted that a united, inclusive, peaceful and prosperous Nigeria is possible “If we go to work. We can start building that Nigeria of our dreams if we don’t waste our votes in the next election circle.”

The convener, Titi Oluwadare in her speech, said the church has become a political abyss in Nigeria and lack of unity and tribal sentiments are responsible for her inability to come together and have an honest conversation with the presidential aspirants.

Stressing the suspicious gap already created due to choices already made by the leading political parties, Oluwadare said “the Christians in the southwest, southeast and middle belt have failed to develop a political interest themselves. The vacuum has left the church a victim. The state of the church has become a political abyss in Nigeria. Lack of unity and tribal interest is responsible for the inability of the church to come together and have an honest conversation.

“Every part of Nigeria must position itself and be seen as equal stakeholders on the negotiation table,” adding that that coalition is a call on all like minds to engage and call for justice and equity.