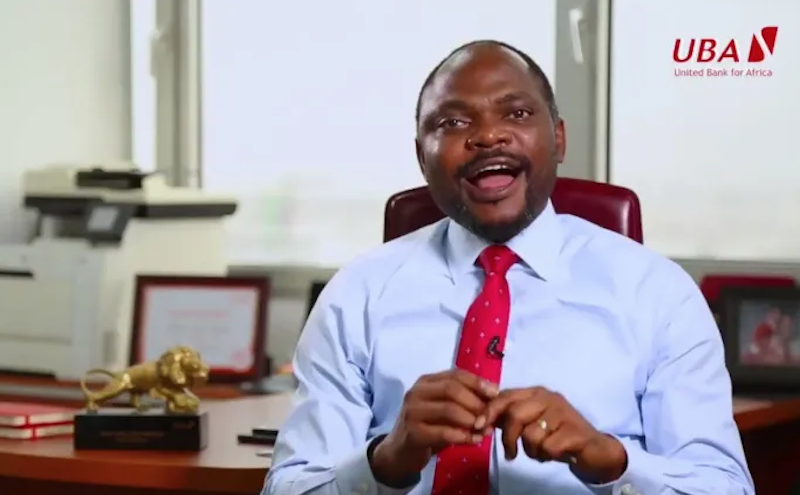 The Deputy Managing Director of the United Bank for Africa (UBA) Plc, Mr. Muyiwa Akinyemi at the weekend advised exporters in the country to always repatriate their proceeds back to the country in order to ease pressure in the foreign exchange (forex) market, support the naira and boost the economy.

Akinyemi, said this in a presentation titled: “Boosting Domestic Capacity for Sustainable Export Earnings – UBA Perspectives,” he delivered at the 2022 annual conference of the Finance Correspondents Association of Nigeria (FICAN), held in Lagos.

“Most times exporters people complain that the Central Bank of Nigeria (CBN) does not give dollars, but then exporters must also do their part. A lot of export proceeds are not being repatriated to Nigeria today and that is a challenge.

“With that, there is a limit to what the CBN can do. The CBN came up with various initiatives and even rebates for exporters who repatriate their proceeds, just to encourage them. If we don’t repatriate, how would the central bank have forex to give others? It also affects the market. So, as exporters, we must endeavor to repatriate our forex proceeds,” he said.

In his presentation, Akinyemi, noted that 200 exporters accounted for 95 per cent of the $4.2 billion Nigeria earned from non-oil exports in the country in 2021.
He explained that the $4.2 billion recorded in 2021, did not include informal exports largely in the wholesale trading in some sectors such as information technology, entertainment and solid minerals.

He added that the federal government had projected to increase forex earnings from non-oil to $200 billion within three to five years.
“Major items of non-oil exports including cocoa, cashew, sesame seeds, hibiscus, fertilisers/chemicals, tobacco, hides and skin accounted for 85 per cent of total export. UBA facilitated $1.34 billion (31 per cent) in non-oil export volume in 2021,” he added.

Akinyemi pointed out that historically, the Nigerian economy was buoyant during the pre and post-independence years because of huge earnings from non-oil export like cocoa, cotton, groundnut, palm oil etc.

The discovery of crude oil brought a shift that made the country to majorly depend on the oil sector to the neglect of other sectors, he said, adding that this made the economy susceptible to fluctuations in revenue, occasioned by the usual instability associated with the prices of crude oil in the international market.
According to him, successive governments made differing efforts at diversifying the revenue sources of the economy by promoting non-oil export trade which cumulatively impacts on overall economic growth

“Export trade is as a veritable means for sustainable economic growth. It provides forex earnings and strengthens the balance of payments; encourages development of manufacturing capacity by export-oriented industries; job creation, research & development and increased government revenue through taxes, levies, and tariffs,” he added.

He, however, listed some of the challenges being faced in the industry to include insecurity across the country as well as across commodity hubs, including industrial areas; dearth of skilled manpower and low export capacity of export focused entities; high cost of transportation due to the current state of road network; inadequate functional rail transportation network; high cost of electricity/power, among others.

Highlighting the roles UBA has been playing in facilitating export activities in Africa, the Deputy Managing Director listed the bank’s involvement in the $200 million non-oil export trade financing program to bridge working capital requirements of SME/Commercial exporters at concessionary interest rate and favorable collateral structure; provision of project and structured trade financing to enhance export capacities of manufacturing as well as commodity aggregators; setting up of dedicated export desks and an export manager for its business; the introduction of UBA Afritrade – to facilitate regional trade and settlements that start and end within the UBA Ecosystem across Africa; partnerships with export-focused agencies in Nigeria; being the pilot bank to AfCFTA/ payment and settlement system (PAPSS), to facilitate regional trade payments across Africa, among others.