NNPC: How Illegal Connecting Line from Export Terminal into High Sea Was Discovered After Nine Years 49 mins ago 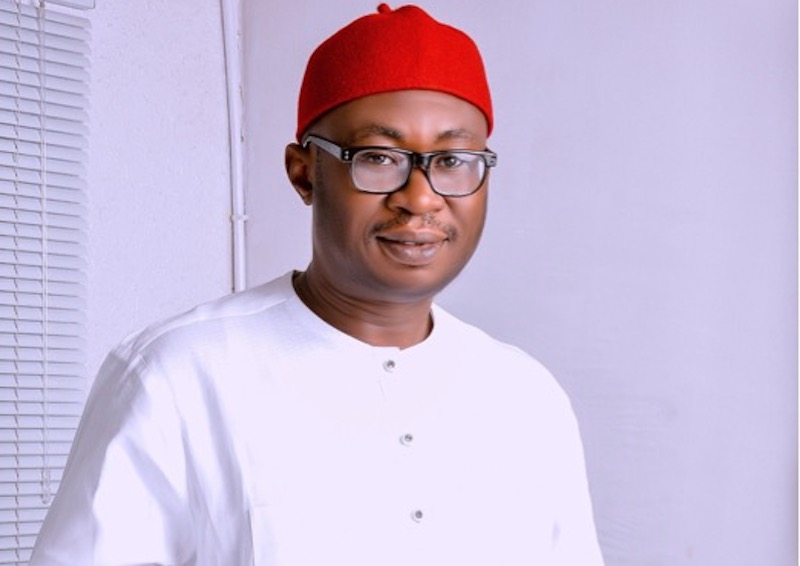 Victor Ikem is a focused and talented individual whose only aspiration is to attain greatness. His personality and determination have been the propelling force in his life trajectory. From advertising to banking, the wine industry and f inally academics, the Delta State-born Chief Executive Officer of Conversation Media Limited tells Funke Olaode about his journey to earning the highest degree in development communication

the excitement in his voice as he pointed at a large portrait of him on the wall of his office in Ikeja could not be mistaken. The photo was taken during a recent convocation of his doctorate from Babcock University.

Victor Ikem, the CEO of Conversation Media Limited is full of gratitude for attaining his long-time ambition of earning a PhD. No doubt, the Delta-born media mogul who hails from  Ubu-Uku in Aniocha South has found fulfilment in his journey.

Still excited about the new feat, he said, “I am elated having been through the most difficult parts of growing up and finding my course with all the difficulties that one could imagine in a country like Nigeria. That for me is a remarkable story that I like to tell.”

Navigating through life aside, achieving his goal has been remarkable.  “Being able to pursue my vision to the level of course, not only just earning the highest academic degree but also being able to contribute meaningfully in the small ways that I thought I have, giving myself and every other person around me that hope and that expectation that if you work very hard, determined and committed enough you would make a meaningful impact in life.”

Ikem’s journey to career and academic attainment is not different from others looking for purpose and fulfilment. “While growing up, I had had that desire to be a lawyer. In my JAMB I had scored over 234, which qualified me to go for a Law degree but couldn’t pursue that dream. I  took the option of studying Mass Communication at Delta State University. Thinking that in the middle of it, I will be able to switch back to studying Law, but after one year I just concluded that I was not going to bother myself.”

Mass Communication might have been accidental but in Ikem’s case, it was partly by providence. Even before he started writing JAMB, he had been practising communication by doing voiceovers and a bit of writing. Also, he was exposed to a lot of newspapers which strengthened his reading habit. All of that added to his desire and interest in communication. And by the time he was through with his studies, he wasn’t waiting for society, society was actually waiting for his talents.

Born in 1981, he lost his father in 1993 when he was 12. Ikem who is the last child in a family of 10 children faced a world of uncertainty. “Mine wasn’t really a struggle, but sheer determination. I  was quite young, I was the youngest. And I was faced with the reality of living a life without one of the most important factors you could have, which is the influence of a father. That for me is the most challenging part. When I decided to study communication, I told myself that I was going to seek communication to the end. I was going to get a PhD. I had to also pay myself through getting a Master’s degree from the University of Lagos which I completed in 2010”.

While navigating through life, Ikem considered himself to be lucky. He was exposed to the media during industrial attachment in his 300 level. He was lucky to have found himself in the Ministry of Information in Lagos state when Bola Tinubu was governor in  2002 and the then Commissioner for Information and Strategy, Dele Alake.

After a brief stint at the press office, Ikem was moved to work in the Ministry of Environment. He would later find himself in Jos during youth service when again he was posted to the  Ministry of Information and worked under a man called  Ismaila Ransa in 2000.  “This gave me another perspective, and of course,  that gave me the opportunity to also understand public policy communication, communication within government and all of that, which was an added advantage, given where I have had the exposure with the Lagos State Ministry of Information.”

Though he found himself in the job market after NYSC, Ikem’s life did not revolve solely around information ministry as his intelligence and leadership quality have seen him embrace bigger roles in the labour market. He had a three-month stint with a media production company and a few years down the lane, he found himself switching from one advertising company to another.

Ikem is always ready to explore. He veered off the advertising industry when he was recruited to work for a company called Brian Munro in charge of the Campari business. “So, that was how I was recruited as a brand manager for Campari bitter. That was where the journey for wine and spirit started. And it was an interesting journey because you can see what we do now. Mixing and matching but it also gave me exposure to that industry which is a remarkable industry.”

After working in the Campari business for a while, Ikem was on the march again, and his versatility was noticed by the marketing director at LG.  He joined LG as a product marketing manager. “I didn’t quite stay too long. I moved to GDB advertising company which is the second most impactful advertising company in Nigeria after Insight Communication. And then I had the responsibility for MTN, Unilever and a couple of other advertising accounts.

“And then moving from GDB, I transitioned to work for Union Bank in the Corporate Affairs, being responsible for the retail product marketing section between the corporate affairs in 2015. It was from Union Bank that I started my PhD in 2017.  By the end of 2018, I quit the corporate job and started Conversation Media Limited and also focused on doing the wine business. So it has been a long, long transition,” he recalled.

Looking at Ikem’s transition in his career trajectory, one wonders what has been his staying power.

“It is just being committed and looking at having the full view of what are the possibilities that exist in all of the choices that I have made. My primary purpose is communication and that is where I believe my strength is. Every other thing I have done has always been related to or impacted by that primary choice that I have made to stay in communication.

“For instance, I have tasted both the public and private sectors meeting different people from different backgrounds, my takeaway has always been self-development. There is actually no difference in the public or private sectors or the small businesses or multinational internationals. It has always been the same experience, either as a small business or as a big business. What you are required to do is about delivering value, creating value, and solving problems. Wherever you find yourself, do the right thing. And I find that also intriguing because people want to work for big multinationals. There is no difference. In any case, working in many multinationals, you absolutely, in some sense, are disadvantaged because you may not understand the basics of that business. You are only given a role to perform. You are regimented.  I also say to people, if you are given an opportunity to work in any system, make sure you learn the business.”

Ikem’s personality combined with his unparalleled commitment to beating odds has been his propelling force in his career trajectory, even when he became his own boss. “I think it is the most remarkable experience one can have.  But it is also the most difficult experience because you wake up every day scared about the vision that you are pursuing. Would I be able to live and fulfil this vision? But more importantly, you also have that freedom to be able to think freely. A limit is not placed on you as to the size of your ambition. And I keep saying, the bigger you dream, the easier it is to actualize it. But if you have absolutely no dream, if you dream less, then you are shortchanging yourself. So, being in this position, what you are required to do is just to have faith, to be optimistic, but also remember that you are not expected to work less, you are expected to work more.”

Ikem has learned over the years, that those who succeeded, or those who will succeed are not those who do only one thing.

Calling him Victor Ikem PhD lits up his spirit as he roars with laughter. “I felt fulfilled. That is the simplest way I could put it.  I felt fulfilled because it seemed as if it was never going to happen. Every year, I applied to the University of Lagos. I applied to the University of Uyo, I had even applied to foreign universities. And it is a desire that I had but it never happened until I finally met someone who worked for Babcock University and told me the institution has been training communicators since 1999. And the PhD has been on for almost 10 years. And when I got to Babcock, I liked what I saw, the lectures, the students and the environment were good.  That was how the journey began.”

Passionate about his career and committed to his studies, in the course of doing his PhD, he has been able to publish three articles in journals that are standard. “In 2019, I attended a global academic conference in Madrid, Spain, where I presented a paper, which I did as part of my work. So, it is an all-enriching, all-encompassing journey for me going through it.

On his next step, Ikem said, “What next for me is about finding opportunities to contribute to the development of Nigeria. Now my research, my thesis focused on the issue of poverty in Nigeria. And I have written a couple of articles on poverty and development in Nigeria. And I have also come to the realization that part of our national development problem of failure of development of the country is our inability to design appropriate development policies, especially in the area of addressing poverty. The world is not poor, the world is rich, and it is just that people need to be able to access that. So those are the expectations that I have to be able to continue to contribute moving forward.”