Diri: PDP Will Emerge Stronger, Victorious Despite Crisis 3 mins ago

The Quest for Good Leadership 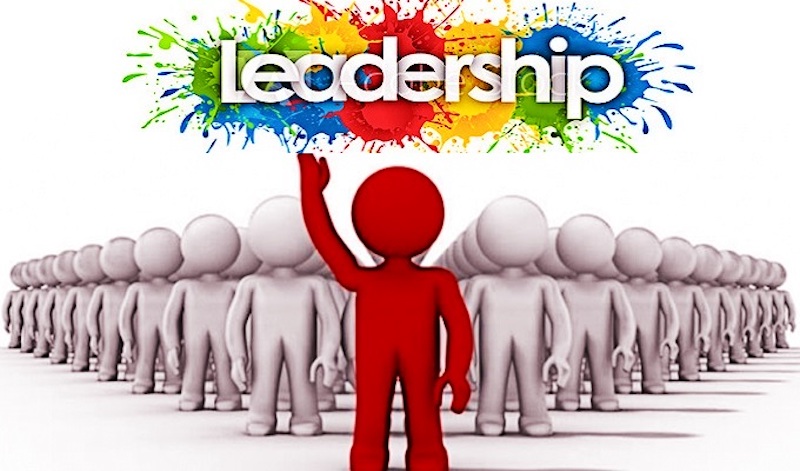 The title of our epistle today is taken from the theme of the public lecture organised by the Nigeria Union of Journalists, Lagos State Council, as part of the Press Week celebrated from 12th to 16th September 2022.

In reality the theme of our Union of Journalists is longer than the title here; theirs was “Media & 2023 Transition: In search of Good Leadership”. The organisers led by the Council Chairman, Adeleye Ajayi, and the Event planning Chairman Adewale Akodu, were kind enough to deem me fit as the key note speaker for the event.

Reading from right to left, I think it is important that we redefine and rediscover the related concepts of leader and leadership in our society. There is a general tendency to misunderstand and limit these concepts to the public and political sphere.

But allow me to digress to something that happened to me in Lagos this week, I have a feeling some of you might be familiar with such occurrences: Some ushers were deployed by their agency to cater for guests at the just concluded CIAPS Business Roundtable, two of these ushers came very late, right at the end of the event to be precise.

Just as I was leaving the Centre, I observed the two ushers making frantic calls and gesticulating from afar, I moved closer to see what was going on.

It turned out that the ushers, by their own account, came late because they got the address wrong but wanted to be paid because they did their best to get to the place.

They did their best and they want to be paid not for result or output but for effort. This episode, to me, epitomises a lot about what is wrong with our society: we are operating a system where we think effort not just result should be remunerated, mind you, not appreciated for encouragement as we do in our classrooms but renumerated as we do in our job and market place; we are operating a system where many think the “why” is more important than the “what”: I stole because I was needy so, please don’t punish me, I lied because I was scared so, please do not penalise me.

This to me is clearly a Valorian issue and I argue that this kind of value and world view have permeated our society because we are under a leadership that allows such value or misvalue to grow. And therein lies the first essence and function of leadership: to set the trend, guide values and world views through using the instruments of inspiration, motivation, teaching, reward and punishment for the purpose of taking a group from one state to a better one.

It goes without saying that all these instruments work where there is leadership by example.

It also goes without saying that leadership by example requires sacrifice.

There are two immediate consequences of framing leadership the way we have done so far. One is that leadership is more of a burden than an accomplishment or elevation, it means the leader must focus more on delivery than title and that the leader must keep remembering that it is what he or she depicts as right or wrong, useful or not, acceptable and unacceptable, that will be practised or not practised in the society.

The ushers that want to be paid for the effort of getting to an event where they did not usher is able to think that way and make such a demand in a society wherein the prevailing values allow such mode of conduct to be thinkable and it occurs under a leadership that condones or might condone such mode of acting.

The second consequence of framing leadership the way we have done so far is that leadership cannot therefore be limited to the political or public sphere. Our lives as members of the same society are in reality shaped more by our families, schools, places of worship, by advertisers, TV, radio and newspaper than politics and government.

The idea that politics trumps all these other spheres of influence is due to a misconception of leadership dangerous and expensive abdication of dignity, pride, roles and responsibilities.

The fact is that it is politics that consciously goes out of its way to influence and dominate all these other spheres of power.

It might help here to remember that of all the available leadership positions in the society, ascension to political office has the least of requirements.

Think of it: To be a barber, dentist, teacher or soldier, you need some form of training, qualification and experience if not provable adeptness and to rise within that profession to be a leader, as master you need to show mastery. Not so in politics where the trend is to lower the bar as much as possible as if there is a quest to make way for and to let in intellectual and moral dwarfs in a bid to make the intellectually and morally sane people look like freaks.

If we therefore want to embark on a meaningful quest for good leadership then we must start from recognising the various spheres of leadership and from there move on to prioritise those form of leadership based on commitment, sacrifice and delivery.

A good quest for leadership will show us that the leader we want or even need will have to be someone that sees leadership as a burden not an achievement let alone an entitlement.

The quest for good leadership is a continuous and holistic process that requires renewal and vigilance, it is a process built on agreement and clarity not trust or hope because the good leader of today is human and might go rouge or turn mad tomorrow.

For the benefit of all, this continuous and holistic process will require that other spheres of leadership discover their true position, influence, role and responsibility in the society.

The two most important and immediate roles and responsibilities of leadership in a plural society is to provide values and to hold account various other form of leadership all in a milieu of healthy, constructive but conflictual relationship.

Leaders from the academia and business, religion and science need to boldly establish their values as well as interest and stoutly defend them knowing very well that the quest for good leadership will produce the leader that can accommodate all these values and interests. More than anyone else the media has a major role to play for it is the media that arranges, represents, presents and highlights what matters to the rest of us.

Join me if you can @anthonykila to continue these conversations.