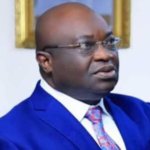 When on Thursday, September 8, 2022, Her Majesty, Queen Elizabeth II passed on into ancestor-hood, I was not particularly moved. I like England. I schooled and worked there and those years were some of the best of my life. The English people are by far some of the most decent peoples on planet Earth.

However, I am rather indifferent about their monarch. I did not like or dislike Queen Elizabeth II. The only thing I can think of that I admire in her is her stoicism. Her ability to take pain and pleasure with equanimity. She is the epitome of duty and a stiff upper lip.

But I doubt that I bothered much about her and her goings on. I was just aloof.

So, I was not one of those mourning, not because I had some grudge against the House of Windsor. No. It is just that the House of Ginuwa (the first Olu of Warri), mattered more to me than Buckingham Palace.

The above notwithstanding, I was absolutely mortified by the hideous and historically inaccurate things that were said about the Queen and her family by a Nigerian woman living in America, whose name I will not dignify by mentioning.

I later  found out that this woman has other issues, which made me understand her bitterness better, though I still vehemently reject her indecorous words.

She was one of the people who famously celebrated the death of TB Joshua and called him all sorts of unprintable names when he died. So it is no big surprise that she has turned her vitriol in the direction of the late Queen.

And so now, let me tackle what the death of Queen Elizabeth II reveals about Biafra. It shows us as a people, we are not aware of our history, and because we are not aware of our own history, we have distorted it, such that propaganda and pseudo history has been orally passed down from one generation to the other, feeding unfounded bitterness that is destroying those who harbour it, and having no effect on those against whom they are embittered.

That is why some people believe they were just sitting down minding their business and Hausa people came to fight them (all Northerners are Hausa to some people) because they hate them. There was absolutely no provocation, or igniting events that preceded the Nigerian Civil War. Hausa people just woke up on the wrong side of the bed and for some strange reason decided to pounce on the people of Eastern Nigeria.

But of course, that is not what happened. However, because we do not write our history, and even worse, we have refused to teach it in our schools, there are millions of people who believe this version of events. In fact, they swear by it.

One fellow named Uche Nnaya even tweeted at me that the Igbo of Southeast Nigeria had a right to rail against the British monarch and the rest of Nigeria, because “you can’t push people to the wall and dictate how they react.”

We cannot keep holding grudges as if other people do not have their own grudges that they have let go for the peace and unity of this country called Nigeria.

My great uncle, Chief Festus Okotie-Eboh, was shot and killed in the street by Major Chris Anuforo on January 15, 1966. Ironically, I went to school with Anuforo’s son. Should my people carry that grudge forever?

Sir Abubakar Tafawa Balewa was shot in the street like a common criminal by Major Emmanuel Ifeajuna. Ifeajuna tried to deny it, and claimed that Alhaji Balewa died from an asthma attack, until his body was taken to LUTH and examined by the then minister for health, Dr. Moses Majekodunmi. It was established that the body was riddled with bullets in a front-page story in Daily Times, written by Segun Osoba, who later became the Governor of Ogun. He is still alive.

This was an incorruptible gentleman. He lived a very ascetic life. Materialism was FAR from him. He was an author. His book, Shaihu Umar, was the first novel written in Hausa. He surrounded himself with Southerners (in hindsight, was that a mistake?). His best friend was Matthew Mbu. Should the Tafawa-Balewa family and the people of Bauchi, where he was from, hold a grudge forever?

I could go on and on and list the people killed on January 15, 1966, and the identities of their killers, but that would just be reopening old wounds. These are historical facts, which some people deny and pretend as if the Civil War happened in a vacuum.

So, please let us stop pretending as if the late Queen Elizabeth II came to Nigeria and ignited a war. The Nigerian Civil War was ignited by a series of unfortunate events that began with the cold-blooded murder of 22 people from the Northern, Western, and Mid-Western regions by people of mostly Eastern region origin, which led to a counter coup by Northern Nigerian military officers on July 29, 1966, and the unfortunate pogrom of 66-67.

Many people now spewing vitriol against the late Queen Elizabeth II for her alleged role in the Nigerian Civil War conveniently forget that between August 9, 1967 and September 20, 1967, Biafran forces invaded and occupied the Midwest region, and named Albert Nwazu Okonkwo, as military Governor of the Midwest. A number of non-Igbo speaking Mid-Westerners lost their lives during the Biafran occupation of the Midwest.

After the Midwest was liberated by forces led by colonels Murtala Muhammed and Benjamin Adekunle, more Mid-Westerners, this time those linguistically linked to the Igbo (especially in the Asaba axis), were killed. Please research it before you insult me.

Yet, in that same Midwest, we accepted Nigerians of Southeast origin back after the war. We did not seize their properties in the abandoned property saga that occurred in the Port Harcourt area and its environs. We let bygones be bygones.

The truth of the matter is that if the January 15, 1966 coup had never happened, it is most unlikely that the Nigerian Civil War would have occurred. The perpetrators of that coup opened a Pandora’s Box that the rest of Nigeria is still suffering from today!

There was wild jubilation all over Nigeria after that coup, because Nigerians believed it was a patriotic and nationalistic coup. Then the names of those killed were announced over the radio, and it was discovered that only people from the North, West and Midwest were killed, but NOBODY from the East was killed, whereas the vast majority of those who carried out the coup were from the East.

That is the remote cause of the Nigerian Civil War. We will remember it. We will also teach it to our children, so that it does not reoccur.

So, to just keep nursing grudges and reopening old wounds will do no one any good. You can bully others into submission, but you cannot do it to Reno Omokri. I know history and I am a meticulous record keeper!

And even the British government is not to blame for the Nigerian Civil War. We must learn to take responsibility for our own actions. That war was the result of the ill-advised January 15, 1966 coup.

The coup itself was led by Majors Chukwuma Kaduna Nzeogwu and Ifeajuna. It was executed by the following persons:

Of these seven people, only one, Adewale Ademoyega, was non-Igbo. The rest were all Igbo, although Major Nzeogwu was referred to at that time as Midwest Igbo (later colloquially referred to as Bendel Igbo and now as Delta Igbo). Major Donatus Okafor’s mother was Tiv. However, his father was Igbo.

22 people were killed during the coup, including

As is clear from the list above, none of them were from the then Eastern Nigeria.

After the coup, Major General Johnson Aguiyi-Ironsi took over. Rightly, or wrongly, the rest of the nation felt that a coup carried out by overwhelmingly Eastern officers, and of which the victims were entirely non-Easterners, and which supplanted a Northern minority leader (Tafawa-Balewa), with an Igbo leader, (Aguiyi-Ironsi) was a set-up.

However, Major General Aguiyi-Ironsi’s promise to try the coup plotters placated the rest of the country. Sadly, the plotters were jailed, but were never tried. And the immediate cause of the July 29, 1966 counter coup was when rumours circulated that the coup plotters had been receiving full salaries in jail and were to be promoted.

These are facts that we all should address, rather than blaming the late Queen Elizabeth II for a war she did not cause, nor had any way of stopping. And if we do not learn from our history, there is every possibility that another war might erupt in Nigeria.

The Biafrans inflicted a very harsh occupation on present-day Rivers, Cross Rivers and Akwa-Ibom, as well as present-day Delta and Edo before they were flushed out by federal forces. The Bayelsa area escaped the brunt of Biafran occupation due to the fight back from Isaac Adaka Boro. They invaded Ore and hundreds of soldiers and civilians died. There is still a Yoruba proverb about the number of people that died in Ore. Ask a Yoruba person to tell you the meaning of ‘o le ku ija Ore.

We have all forgiven and moved on. Yet, you want to reopen these old wounds and make them cancerous by blaming Queen Elizabeth II 50 years after the war?

And when you point this out, the very same people castigating the late Queen will accuse you of creating ethnic tension? Do you want to be victims and victors at the same time? Leave the woman and her family to grieve in peace. By celebrating the Queen’s death, you are giving Nigeria a very nasty reputation that will affect all of us, not only you. We cannot afford to be seen as a nation with anti-British and American sentiments, when we are not able to get a better deal from China and Russia.

As long as a river is dry, fish won’t come. Stop looking for women in your poverty. The first thing that a dry river needs is water, not fish. Look for water for your river and fish will come naturally. Look for prosperity and the right woman will come naturally. Eve came as soon as Adam secured the job of tending the garden. And until you have a salary or income, you should learn to control your libido. Most of the world’s challenges are caused by adult males who increase the population when they have no remuneration. Be productive in the boardroom before being reproductive in the bedroom!