Accrual of Cause of Action in Determining Limitation Period 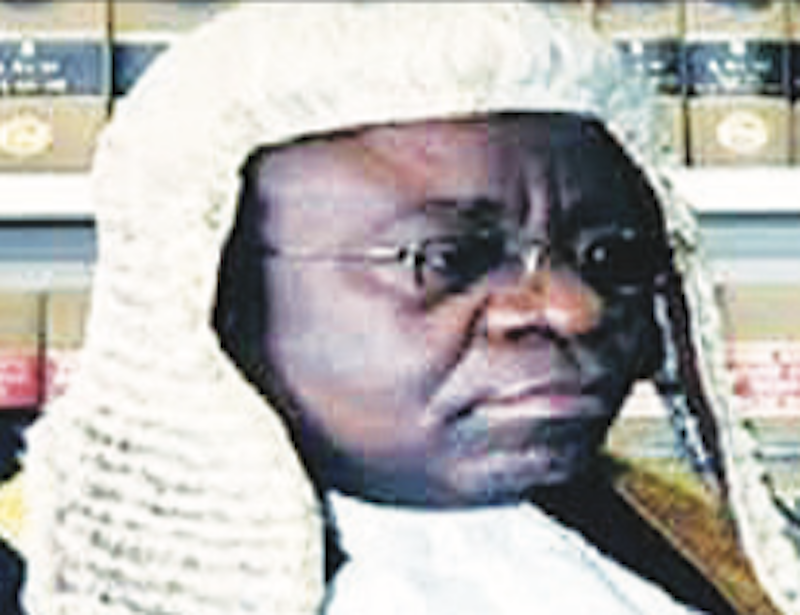 By a Writ of Summons and Statement of Claim filed on 1st August, 2005, the Appellants, as Plaintiffs at the trial court, sought against the Respondents, an order directing them to render account of all moneys, rents and benefits from all properties of the Appellants’ company – Compete Sardine Canning Plant in Oshodi-Apapa Expressway, Lagos; all the Cold-room equipment for the 4,000 ton Cold-store, including condensing units and evaporator, located in Port Harcourt; rents collected from the tenants on the property in Port Harcourt; rent from tenants occupying the four bungalows at G.R.A. Port Harcourt which the Respondents have received or are in possession of from 15th December, 1990, till judgement is delivered. The Appellants also sought an order setting aside any appointment, removal and resignation of any Director made after 15th December, 1990 and before May 2004, on ground that the appointment, removal and/or resignation were made without proper procedure and consequently, null and void.

The processes were served on the Respondents, further to which they filed a Motion on Notice, challenging the jurisdiction of the court and sought to have the suit struck out on grounds that the claim was statute barred, disclosed no reasonable cause of action and constitutes an abuse of court process. The Appellants opposed the referenced Motion on Notice. In its ruling, the trial court held that it was premature to raise the issue of limitation law, without first filing the Statement of Defence pursuant to Order 26 Rule 6(i) of the Federal High Court (Civil Procedure) Rules, 2000. This decision was appealed by the Respondents. In its judgement, the Court of Appeal allowed the appeal in part. The appellate court held that the issue of limitation of action/statute bar, being a jurisdictional issue, could be raised at any stage of the proceedings, and same was not prematurely raised by the Respondents herein. Further to its general powers under Section 15 of the Court of Appeal Act, 2004, the appellate court proceeded to consider the merits of the application and came to the conclusion that the claim was statute barred and same was struck out.

The following sole issue was considered by the court, in its determination of the substantive appeal:

Arguments on the Preliminary Objection:

On the first ground of the objection, counsel argued for the Respondents that the Appellant failed to seek and obtain leave of court to raise ground three which touches on question of mixed law and facts in line with Section 233(2)(a) of the Constitution of the Federal Republic of Nigeria, 1999. Therefore, the ground and issue distilled therefrom are incompetent, and should be struck out. On the second ground, counsel submitted that the Appellants, who had expressly indicated in Paragraph 2 of their Notice of Appeal that the appeal is against part of the decision striking out the claim for being statute barred, could not thereafter, appeal generally against the decision of the court. Submitting on the third leg of the objection, counsel argued that the Notice of Appeal is defective because grounds one and two are argumentative, narrative, verbose and disclose no reasonable Ground of Appeal. Counsel urged the court to strike out and/or dismiss the appeal.

Reacting to the arguments on the objection to the competence of the appeal, counsel for the Appellants contended that ground three of their Notice of Appeal raised solely question of law and not facts, and leave of court was not required thereby. On the second and third leg, he contended that the Respondents failed to pin the Appellants to the particular aspects of Order 8 Rule (2) (1) of the Supreme Court Rules that was offended. He posited further that, assuming without conceding that the grounds violate the provisions of the Supreme Court Rules, such is mere irregularity which cannot vitiate the appeal, as the court has the power to waive such non-compliance in the interest of justice.

Submitting on the issue in the substantive appeal, the Appellants posited that although Section 15 of the Court of Appeal Act confers the court with powers to make orders in the interest of justice, the powers so ascribed by the Act are, however, not at large. Relying on the authority of OBI v INEC (2007) 11 NWLR (Pt. 1046) 565 at 639-640, counsel outlined the conditions to be satisfied before the Court of Appeal would exercise its powers under the Section thus: (i) the trial court must have the legal power to adjudicate in the matter before the appellate court can entertain it; (ii) the real issue raised in the claim at the trial court must be seen to be capable of being distilled from the Grounds of Appeal; (iii) all necessary materials must be available to the court for consideration; (iv) the need for expeditious disposal of the case to meet the ends of justice must be apparent on the face of the materials presented; and (v) the injustice or hardship which will follow if the case is remitted to the court below, must clearly manifest itself. Counsel contended that save for the first condition referenced above, every other condition was absent when the Court of Appeal invoked its powers under Section 15 of the Act to determine the matter instead of remitting it to the trial court.

Counsel argued further that by the mandatory provisions of Order 26 Rule 6(1) of the Federal High Court (Civil Procedure) Rules 2000, the Respondents ought to have filed their Statement of Defence and therein, raise the issue of limitation law, as rightly held by the trial court. Counsel submitted that the Court of Appeal ought to have confined itself to the issue of whether the Respondents’ Preliminary Objection was premature or not, and remit the case to the trial court for its determination.

Responding to the submissions above, counsel argued for the Respondents that all the requirements of law for the Court of Appeal to exercise it powers under Section 15 of the Act were duly fulfilled, when in their ground two of the Notice of Appeal at the lower court, they raised the issue of statute bar before the court.

Deciding the Preliminary Objection, the Apex Court referred to the provisions of Section 233(3) of the 1999 Constitution which provides that an appeal shall lie to the Supreme Court with leave of court where the Grounds of Appeal are based on facts or mixed law and facts. Where leave is not obtained, the appeal is incompetent and liable to be struck out – NNPC v FAMFA OIL LIMITED (2012) 17 NWLR (Pt. 1328) 148. Ground three of the Appellants complaint about the decision of the Court of Appeal to the effect that the cause of action in this matter arose on 15th December, 1990 and that the action which was commenced on 1st August, 2005 was statute barred in view of Section 16 of the Limitation Law of Rivers State. The court held that ground questions the evaluation of facts by the Court of Appeal, before application of the law. It is thus, a ground of mixed law and facts, which requires leave of court before it can be successfully raised and argued. Having failed to seek and obtain leave in this instance, the court held the said ground three to be incompetent and the issue distilled therefrom, invalid.

Regarding the second and third grounds of the objection, the Supreme Court decided the grounds complained of mere irregularities which are waivable in the interest of justice – BELLO v ATTORNEY-GENERAL, OYO STATE (1986) 5 NWLR (Pt. 45) 828.

In its determination of the main issue, the Apex Court emphasised on the jurisdictional issue of the Respondents’ objection before the trial court. The court held that objection to jurisdiction of court to entertain a matter, is certainly not an ordinary point of law contemplated under the rules of court – ELABANJO v DAWODU (2006) 15 NWLR (Pt. 1001) 76. To determine when the cause of action arose where the action is challenged as being statute barred, all that the court is enjoined to consider is the originating processes filed by the Plaintiff, comparing the date of the wrong giving rise to the enforceable claim with the date the suit was initiated. It is the date of the happening of the alleged wrongful act of the Defendants as pleaded in the Statement of Claim, that is to be considered as the date of accrual of the cause of action from which the limitation period is reckoned. It is not the date the resulting damage manifest, and as such, it does not matter that any resulting damage from the alleged wrongful act may have continued or the injury sustained, continued ad infinitum – SANDA v KUKAWA LOCAL GOVT. (1991) 2 NWLR (Pt. 174) 379.

A limitation law removes the right of action of a Plaintiff, his right of enforcement and his right to judicial relief, leaving him with a bare and empty cause of action which cannot be enforced in any court of law. In this case, the Appellants instituted the action on 1st August, 2005 against the Respondents, whom they alleged were unlawfully appointed in December, 1990. The Appellants argued there was continuance of injury which subsists from the persistent failure to render account of action, and this vitiates the accrual of cause of action on 15th December, 1990. By Section 16 of the Limitation Law of Rivers State, 2004, action founded on contract, tort or any other action not specifically provided for in parts I and II thereof, cannot be brought after the expiration of five years from the date on which the cause of action accrued. By the originating processes filed in this case, the Appellants’ complaint was against the supposed illegal takeover of the management of the 1st Appellant between December 1990 and May 2004, and the refusal of the Board to render account for monies collected on management of company’s assets. It is clear that the fulcrum of the Appellants’ claim at the trial court was the management takeover of the 1st Appellant on 15th December, 1990 by the Respondents. Given the provisions of Section 16 of the Limitation Law referenced above, the suit which was commenced on 1st August, 2005 was statute barred.

Their Lordships held further that, issue of limitation of action is an issue of jurisdiction which goes to the root of the matter. Objection in this regard ought to be taken at the earliest opportunity. The court has no business continuing with the proceedings, without first determining whether the suit was properly brought before it or not. It follows that the Court of Appeal rightly invoked its powers under Section 15 of its Act, to strike out the suit.

O. Wali, SAN with C.T. Amadi, Esq. for the Appellants.

Mark S. Agwu with O.J. Iheko and O.U. Igwe for the Respondents.