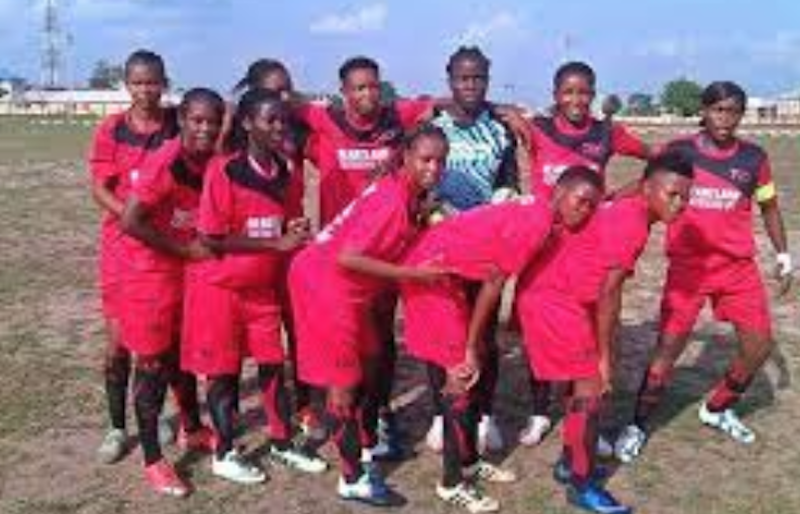 Edo Queens will today face Heartland Ladies of Owerri in one of the  quarterfinal matches of the Betsy Obaseki Women Football Tournament (BOWFT).

The two teams are among those that secured spots in the quarter-finals of the annual tournament taking place in Benin City between September 7, 2022 and September 17, 2022.

The high-flying Edo Queens had led Group B with 6 points to qualify for the quarter finals, while Heartland FC came second in Group D of the tournament with 3 points.

The much-anticipated match will be played at the University of Benin Sports Complex  at 1pm.

In other fixtures for the quarter finals on Monday, Nasarawa Amazons FC will clash with Naija Ratels FC at the Uniben Sports Complex by 10am.

Nasarawa Amazon Football Club also sailed through to the next stage of the keenly contested tournament with six points after defeating Braveheart ladies with a whooping 10-1 score line.

At the Western Boys High School Mini-Stadium in Ikpoba-Okha Local Government Area of Edo State, Confluence Queens FC will lock horns with FC Robo by 10am, while Delta Queens will confront Royal Queens FC by 1pm.

Declaring the tournament open on Thursday, facilitator of the tournament and Edo First Lady, Mrs. Betsy Obaseki said this year’s edition is aimed at complementing the government’s efforts in reducing the incidence of drug abuse in the state.

According to her, “While we had 12 participating teams last year, this year, we have 13 teams competing in the tournament.  We will continue to grow and ensure that the vision of the tournament which is checking social vices among youths, especially the girl-child is realised.”

Meanwhile, Royaltoms Football Club of Lagos, Braveheart Ladies FC and Fortress Ladies FC of Benin have been presented with consolation prizes after they crashed out at the group stage of the tournament.

Presenting a cheque of N500, 000 each to the teams, the Permanent Secretary, Edo State Sports Commission, Mrs. Sabina Chikere commended the efforts of the teams and urged the players not to relent in their careers.