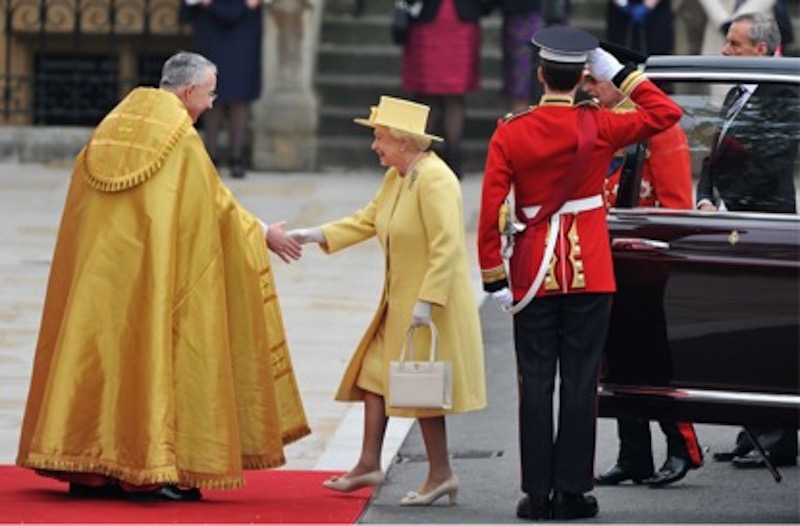 Throughout her life, the late Queen Elizabeth II of Britain made bold statements with her fashion for each occasion. Be it diplomatic visits, weddings, birthdays, funerals, jubilees, social events or holidays, the late monarch was always clothed with a purpose to be seen and revered. That intentionality is what sets her apart despite her conservative approach. Vanessa Obioha writes

Britain’s longest-reigning monarch Queen Elizabeth II breathed her last on September 8, 2022, throwing her kingdom and other parts of the world into mourning. At 96, the Queen’s influence in Britain was never undermined. During her 70 years on the throne, she lived to meet 15 prime ministers, the last being the newly installed Liz Truss who met her two days before her passing.

In a televised tribute, Truss described the late monarch as the rock on which modern Britain was built. She said Queen Elizabeth II had through thick and thin provided the strength and stability the country needed. “She was the very spirit of Great Britain and that spirit will endure.”

The Queen was immediately succeeded by her son Charles who is now known as King Charles III. She will be mourned for 10 days and will be buried beside her beloved husband Prince Philip at George VI chapel.

During her reign as Nigeria’s Head of State before Independence, she visited the country in 1956, where she inaugurated her bronze sculpture which was exhibited by Ben Enwonwu, a Nigerian sculptor.

Enwonwu captured the Queen in London in an artwork that showed her seated with her hands delicately placed on her lap. The work was completed and presented at the Royal Society of British Artists exhibition in London in November 1957.

During her visit to Nigeria, she toured the country, was driven in a Rolls Royce and appeared at functions in elegant gowns and accessories.

In 2003, she was in the country to attend the Commonwealth hd of government moong, spending four days from Decmber 3 to 6, 2003.

Queen Elizabeth II was known for her diplomacy, which was often seen in her fashion and style. Her choice of outfits always reflected the changes and the leadership role she assumed.

Born on April 21, 1926, Queen Elizabeth’s sense of fashion was conspicuous from girlhood. The young Princess and her sister, Princess Margaret were mostly dressed in frilly frocks. During the war-torn and post-war England, the young Princess opted for clean and polished silhouettes with a nipped-in waist. The fashion statement was in vogue at the time and often matched with hats which is a traditional symbol of Britain’s fashion. Over the years, the hat became a royal emblem of Queen Elizabeth as she dazzled the world with different styles, particularly the purple hat with feathers she wore to the Solomon Islands in 1982.

For her wedding dress, the Queen favoured a Norman Hartnell-designed, seed pearl-encrusted royal wedding gown. The chiffon, silk and tulle used in designing the dress were purchased by the Queen who paid with her ration coupons. The late monarch married the late Prince Philip Mountbatten in 1947.

From the moment she succeeded her father, King George VI who died in 1952, the 25-year-old Elizabeth knew that her appearance would play a vital part in her rule. Although, it was a role she had been preparing for since her parents had no male child.

Becoming the Queen of Britain as well as the Commonwealth Nations at a time when political changes such as the decolonisation of Africa were happening, required her to show her power through the way she appeared. She was quoted to have said that she needed to be seen and be believed. Those words became the motive behind each outfit she wore, starting with her coronation dress, a white duchesse satin gown, embroidered with national and Commonwealth floral emblems in gold and silver thread and embellished with seed pearls. The dress represented her diplomatic duties and was designed by Hartnell.

Power dressing was a major diplomatic tool for the late queen. Given that she had to attend 300 events in a year, the Queen understood that for her to be seen and believed would largely depend on her consistency in her styles in such a way that reflected global changes and showed empathy. Each foreign trip was an opportunity to show diplomacy. Even though she had to be formal on most of her trips, she found a way to elevate her style and stand out in the crowd. This usually came in the form of colourful and vibrant outfits. For instance, during her diplomatic visit to Ottawa in 1957, she wore a green and white maple leaf dress for the state dinner.

“I can never wear beige because nobody will know who I am,” she once acknowledged to Robert Hardman, the royal biographer.

Queen Elizabeth II also had a penchant for uniformity. Each of her dresses was accompanied by matching accessories. Be it gloves, hats or purses, none of these items was out of place in whatever outfit she accompanied them with. Her earlier formal outfits were classic but stylish and elegant. The latter part of her life saw her favouring tone-on-tone outfits. She became a symbol of colour blocking and monochrome looks. Her Majesty shied away from trends but in her own stylish way, was a trendsetter.

Throughout her life, the queen made bold statements with her fashion for each occasion. Be it diplomatic visits, weddings, birthdays, funerals, jubilees, social events or holidays, Queen Elizabeth II was always clothed with a purpose to be seen and revered. That intentionality is what sets her apart despite her conservative approach.

For her father’s funeral, the Queen chose a black dress and a black veil to convey her plaintive mood. When Princess Diana died tragically in 1997, the late majesty wore a sombre black dress and hat to the funeral.

For her late husband Prince Philip’s funeral in 2021, the Queen wore a diamond brooch she inherited from her grandmother and a black face mask trimmed with white piping.

Each visit to a foreign nation had a dress that matched the purpose of the visit and made her prominent. For instance, during a visit to meet President John F. Kennedy and his wife, Jackie, the late queen wore a full-skirted blue frock. In 1983 when she had a meeting with President Ronald Reagan and the First Lady, Nancy, she ditched her signature evening wear for a frothy gown with a golden purse and white gloves.

Even though she was Queen of Britain, her social life was not void of elegance. At the premiere of ‘Doctor Dolittle’ in 1967, she chose a stunning look, wearing a fur wrap and tiara. For the West End show premiere in London in 1973, she donned a heavily embellished gown along with a fur cape. Perhaps one of her controversial outfits was the colourful sequin-covered harlequin gown that she wore to the Royal Variety Performance in 1999.

On her silver jubilee in 1976, Queen Elizabeth II decided to alter her look by wearing a gorgeous new gown and some royal regalia. Her pick for golden jubilee was a bright red coat matched with a purple hat. Her diamond jubilee however was a white boucle coat designed by her dresser Angela Kelly, with a matching white upside-down saucer hat. Always fresh with ideas on her dressing, the late monarch debuted a stunning new blue coat and hat for her Platinum Jubilee balcony appearance during Trooping the Colour in 2022.

For each of her children and grandchildren’s wedding ceremonies, Queen Elizabeth II used the occasion to show the world her deep sense of fashion. At Princess Diana’s wedding to her son Charles, she wore a turquoise colour dress with matching headgear while her hands were covered in white gloves and a matching white pearl necklace.

Her choice of outfit for Prince William and Kate Middleton’s wedding was a springy yellow coat, matching dress and hat.

A cheerful lime coat and purple floral dress was her pick for the wedding of Prince Harry and Meghan Markle in 2018.

At home, the Queen’s fashion sense did not waver. A lover of fur, she picked a regal white fur and jewels from the royal vault to attend the State Opening of Parliament in 2002. When at Balmoral in Scotland, she settled for her Scottish tartans and English tweeds.

Queen Elizabeth II in her lifetime had viral meme moments. For instance, in 2016’s Trooping the Colour Appearance, she chose a loud green coat and hat that triggered a thousand green-screen memes.

Her fashion statement was not limited to her outfits as she also inaugurated the Queen Elizabeth II Award for British Design at the London Fashion Show in 2018. The award was given to a young designer.

The late monarch was known for fashion sustainability long before it became a clarion call in the fashion world. She started recycling her garments and fabrics and in 2019, decidedly stopped wearing furs.

Queen Elizabeth II made her mark in the fashion industry and would be considered an icon whose sartorial splendour may not have aligned with the conventional rules of fashion but in itself spoke volumes of power and purpose which many female leaders would later emulate.