Divergent Views over Suspension of  5% Excise Duty on Telecoms Services 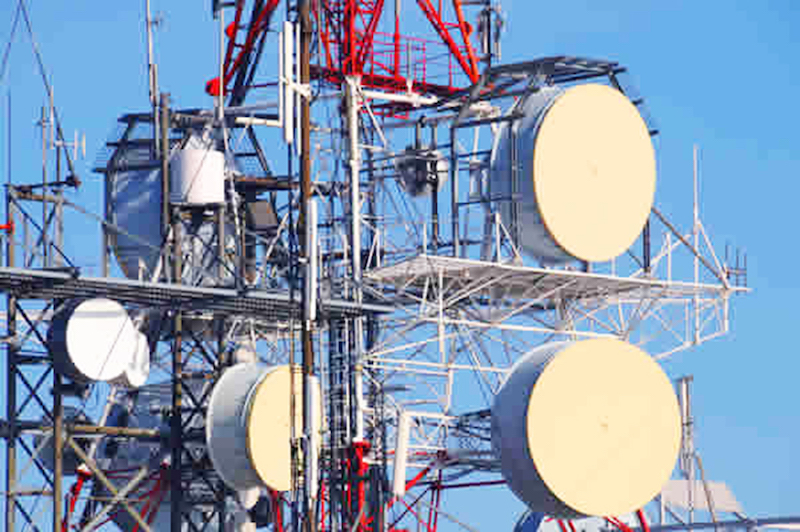 Last week’s suspension of the planned imposition of a five per cent excise duty on telecoms services, has continued to elicit joy among telecoms subscribers and operators, writes Emma Okonji

Last week’s suspension of the planned introduction of a five per cent excise duty on telecoms services dominated discussions among stakeholders in the nation’s telecom industry.

This is because contrary to the seeming desperation of the Federal Ministry of Finance, Budget, and National Planning to raise additional revenue through the new tax, the Ministry of Communications and Digital Economy and telecoms operators are calling for caution, considering the plight of subscribers in the recent time.

Those kicking against the proposed excise duty, are of the view that it will add to the burden of the telecoms sector which already has 41 taxes and levies imposed on it by the three tiers of government.

The Minister of Finance, Budget, and National Planning, Dr. Zainab Ahmed, had last month, notified the telecom sector of the plan to introduce the five per cent excise duty on telecom operation, in addition to the 7.5 per cent Value Added Tax(VAT) that all sectors of the economy pay for goods and services rendered.

In the notice, the Minister disclosed that the government would begin the implementation of the excise duty on all voice calls, SMS and data services, adding that the five per cent excise duty has been in the Finance Act 2020 but has never been implemented. “Henceforth the five per cent excise duty will be collected by telecom operators and payment made to the federal government every month, on or before the 21st of every month,” Ahmed said. “It is public knowledge that our revenue cannot run our financial obligations, so to that effect, we are to shift our attention to non-oil revenue. The responsibility of generating revenue to run government lies with us all,” the Finance Ministry further said.

Excise duty is a special form of tax imposed on specific kinds of goods, like alcoholic beverages, tobacco, and fuel. They are specifically imposed by the government on products, during production and distribution stages, but it was being considered for services rendered in the telecom sector by the Ministry of Finance, Budget and National Planning, which telecom subscribers have described as detrimental to the telecom sector since telecom operators do not manufacture, but only offer telecom services.

Disturbed by the planned imposition of the controversial policy on telecom services, the Minister of Communications and Digital Economy, Dr. Ibrahim Pantami, the Executive Vice Chairman of NCC, Prof. Umar Garba Danbatta, telecom operators, and subscribers, vehemently opposed the plan, describing it as another form of tax.

Pantami faulted the timing and process of imposing the five per cent tax on the telecom industry and insisted that part of the responsibility of a responsive government was not to increase the problems of the citizens.

On his part, the Chairman of the Association of Licensed Telecom Operators of Nigeria (ALTON), Gbenga Adebayo, insisted that the new tax burden would be passed to subscribers if the federal government should implement it.

“It is a strange move; it appears a bit unusual. Excise duty is supposed to be apportioned to goods and products, but we are surprised this is on telecom services,” Adebayo said.

Following the agitations from industry stakeholders, the federal government, last week, announced the suspension of the tax and inaugurated a committee to immediately review the policy.

Pantami, who inaugurated the Committee, which he chairs on the directive of President Muhammadu Buhari, with the Minister of Finance, Budget and National Planning, Dr. Zainab Ahmed as a member, said the decision on the suspended policy would be made after the committee completes its report.

Pantami said the suspension that was directed by President Buhari, followed his petition as the Chairman of the Presidential Council on Digital Economy and eGovernment, as the policy has the potential to impact very negatively on the digital economy sector, particularly, telecommunications, which is already overburdened with a plethora of taxes totaling about 41 categories.

Following the suspension of the five per cent tax, the Director General of the Budget Office of the Federation, Ben Akabueze, said the suspension would affect the 2023 budget.

Akabueze who said this during an interview on ARISE NEWS Television last week explained that the suspension would harm the government’s financial projections for next year’s budget.

He also said the federal government may need to rework its recent medium-term expenditure framework (MTEF) due to the development.

Akabueze added that the MTEF document had already gone through a long process before its official endorsement, arguing that tampering with it would only negatively impact the government’s plan.

“The framework that the FEC passed includes projections for this tax. That framework is currently before the national assembly. Over the last two weeks, we have been holding meetings with agencies of government on this.

“If we are formally advised that this is no longer applicable, then we will have to rework that Medium Term Expenditure Framework. What that means is that the projected revenues will decline and the deficit will increase, which means that we either have to cut back on expenditure or increase debt,” Akabueze said.

Telecom operators (Telcos) under the aegis of the Association of Licensed Telecom Operators of Nigeria (ALTON), have said the recent suspension of the planned imposition of a five per cent excise duty on telecom services by the federal government is a great relief for telecom subscribers who have been overburdened with multiple taxes.

Chairman of ALTON, Mr. Gbenga Adebayo, who spoke to THISDAY in a telephone interview, said available statistics suggested that if there was a further tax on telecom services, it would hamper the affordability of services.

“So the decision to suspend the planned five per cent tax on telecom services by the federal government is a welcome development and the government must be commended for that. It shows the government is sensitive to the concerns of telecom subscribers who bear the brunt of multiple taxes because they pay every imposed tax from their meager salaries. As telecom operators, we see the suspension as a respite for telecom subscribers because it will relieve them of the additional burden of taxes that had always reduced the value of telecom services. We are hoping that the committee set up by the federal government to review the policy on five per cent excise duty on telecom services, will have good reasons to advise the government to completely drop the policy,” Adebayo said.

Speaking on taxes as means of revenue generation for government, Adebayo said: “Taxes are sure means through which government raises money for national development, but when the number of taxes is so much on a particular sector, they tend to impact negatively on such sector. The Telecom sector for instance has about 41 taxes and levies imposed on the sector by the government at various levels, and the burden of the taxes falls directly on the operators who also push such burdens on subscribers.”

President, National Association of Telecom Subscribers, Chief Deolu Ogunbanjo, who spoke to THISDAY, said the decision by the government t must be commended. He, however, said it was not enough for government to suspend such a policy, insisting that government should completely expunge the policy since the suspension is a temporal respite that could be revisited at any time by the same or another government since government is a continuous process.

We want the policy on five per cent tax withdrawn completely because it is an anti-people policy. There is nowhere in the world where a particular sector that is a key driver to the nation’s economy, is being taxed as high as 41 taxes. We see it as a way of killing the sector that is contributing so much to the Nigerian economy. Government should therefore look elsewhere to raise money, Ogunbanjo further said.