From Conservative Banker to King of Soft Life 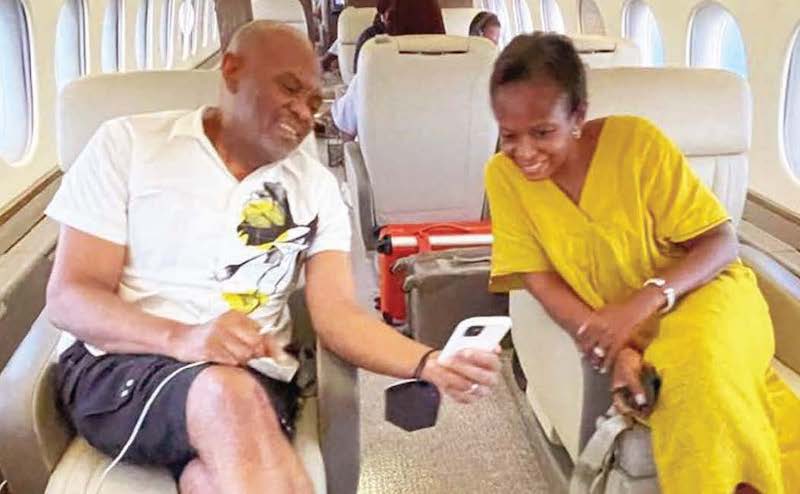 * Inside Tony Elumelu’s Paradise of Ease and Élan

From the curious to the discerning, Tony Elumelu’s newfound social media presence has seen him bestriding the photo and video-sharing site, Instagram, with effortless ease and élan like a rock star with all the appurtenances of fame and fortune, continues to raise posers, writes Lanre Alfred

As the founder and chairman of UBA Plc, there is no contest, confusion, or controversy about the fact that Tony Elumelu is a made man. Long before the advent of social media, he was a certified billionaire. In 2015, the influential American journal, Forbes, rated him the 31st richest man in Africa, with a net worth of $700 million.

A banking wunderkind, the UBA Bank, which he stepped down as its CEO in 2010 at the age of 47, has branches in over 20 African countries, including New York, London and Paris. The bank currently has assets estimated at more than $19billion. He serves as chairman of HEIRS Holdings; an investment company committed to improving lives and transforming Africa through long-term investments and which maintains a portfolio of investments across several sectors.
For a long time, Elumelu was the archetypal banker, conservative and wealthy, but rarely seen. But gone are the analogue days. He is now taking the road less travelled, literally competing with upstart entertainers who just happened on their first million in the area of childlike exhibitionism.

On Instagram, HEIRS Holdings’s founder blissfully shares photos and videos of his jet-set lifestyle with his almost one million followers – the opulent homes and expensive family vacations; the sharp suits, trendy and sometimes gaudy ensembles, and globetrotting in private jets like a Rock star. Inadvertently, he has acquired a new reputation as the ‘King of Soft Life’ (pop-culture lingo for one who lives a flamboyant life), referenced by rapper M.I. Abaga in his new single, ‘Soft Life Tony’.

Curious followers have wondered whether this new predilection is for exhibitionism or an inflated perception of self or wealth. One of the curious takes on his new lifestyle was from an avid Twitter user when Elumelu posted a video boarding and chilling in a private jet with the ‘Soft Life Tony’ song blasting in the background.
“From Tony’s Instagram, you won’t know that he borrowed $1.1BN to buy an oilfield that is currently producing exactly zero barrels of oil per day,” claimed the tweet.

That may not be true because the oil and gas subsidiary of HEIRS Holdings acquired the ownership of 45 per cent of the OML 17 license block in the Niger Delta from Shell, Total, and ENI. The deal was announced in 2021.
“This block is located onshore, a few dozen kilometres north of Port-Harcourt, the total transaction amounts to $1.1bn. It consists of the acquisition of the shares of Shell (30%), Total (10%), and ENI (5% via its subsidiary Nigerian Agip Oil Co.),” a dated report stated. “To finance the transaction, Elumelu was advised by White&Case and supported by a large number of private banks and development institutions, including Afrexim Bank, ABSA, Africa Finance Corporation, Union Bank of Nigeria, Hybrid Capital, and the Amundi Fund.”

That deal was, in May 2022, awarded the ‘Africa deal of the year 2021’ by Project Finance International (PFI), a leading source in global project finance reporting, covering all the major sectors, including transport, power, oil and gas, infrastructure, and mining.
Chief Executive Officer of Heirs Oil & Gas, Osayande Igiehonsaid, “This great recognition reiterates our commitment to excellence in our bid to fulfil Africa’s unique energy needs and ensure that Africa’s natural resources are directed toward value creation on the continent.”

The oil block OML 17 has a current production capacity of over 30,000 barrels per day and 2P reserves of 1.2 billion barrels of oil equivalent, with an additional one billion barrels of oil equivalent resources of further exploration potential. Earlier in January, the company issued a tender for work on the Elelenwa multi-phase pump gathering station. The scope covers work through the start-up of a pump gathering station for well fluids from the Elelenwa West manifold and flows to the Agbada-1 flow station for processing. The Agbada field is in the middle of the licence, while Elelenwa is in the south, close to Port Harcourt. The company has said infrastructure in the area could allow the production of 200,000 bpd of oil and 300 million cubic feet per day of gas.

Also, in May, the integrated energy company reaffirmed its commitment to national and global environmental, sustainability and governance (ESG) best practices given its upcoming operational first anniversary. An important aspect of this commitment, according to Igiehon, is the elimination of routine flaring from HHOGs OML 17 by 2025, in compliance with the Nigerian government’s routine flare reduction/elimination goal and global greenhouse gas reduction initiatives.

“Since taking over the asset, we have been working arduously on this objective with the execution of flare reduction projects such as follows: AGG (Associated Gas Gathering) compressor uptime improvement, facility upgrades, provision of gas gathering solutions, and facility off-gas utilisation initiatives,” he stated.

There were also questions and concerns about the takeover of the Ughelli Power Plant by Transcorp Power Ltd, a subsidiary of the Transnational Corporation of Nigeria Plc, which Elumelu chairs. Transcorp acquired and officially took physical ownership of Ughelli Power Plc, the owner and operator of the 1000MW capacity Ughelli Power Plant following a handover by the federal government in late October 2013. Like every other such national asset, the power company was operating below par.

There is also the stillborn Transcorp Hotel in Ikoyi, Lagos, proposed to be a 300-room hotel located in the heart of highbrow Ikoyi. Estimated to gulp a staggering $110 million, the 20-storey hotel tower was designed by the iconic Perkins Eastman, an international architecture, interior design, urban design, planning, landscape architecture, graphic design, and project management firm headquartered in New York City. The development board for the project went up on September 17, 2013, while light site clearing and piling commenced thereafter. Almost a decade later, construction has yet to start on the site. Is this another pointer to why Elumeluis purportedly masquerading his pains with Instagram exhibitionism?

Someone like Kennedy Uzoka, the Group Managing Director/CEO at United Bank for Africa Plc, will differ. Uzoka is serving a two-term tenure as UBA’s helmsman, thanks to Elumelu’s magnanimity. Like his boss, Uzoka is a dandy soul. He also covets the beauty of being draped in the finery that constricts the heart and soul hence his predilection for expensive cars, suits, and jewellery, among other treats. Beneath his expensive suits and unassuming demeanour lies a posh and groovy character.

Uzoka lives like a man of true character and quiet nobility. Thus, you can only see him flaunt his expensive toys, like his state-of-the-art Rolls Royce when he cruises to church on Sundays. Uzoka lives like royalty in his private palace. You could be forgiven for likening his life to the charmed existence of Saudi’s Crown Prince or the Prince of Dubai. His mansion at Osborne Foreshore, Ikoyi, dazzles like pure emerald, particularly with its litter of expensive cars, which would make Skymit Motors and Mandilas, among others, go green with envy. The point of divergence with Elumelu is that Uzoka keeps a very low profile in the social arena. Despite his inclinations for lustre, he understands that vanity is the ugliest armour a Midas could wear. He detests mindless ostentation but is never apologetic for being successful and rich. It is why he aspires to humility even under the full weight of privilege and his epic stature. Uzoka, who is going to leave UBA Bank soon, the lessons he learnt from Elumelu’s lavish lifestyle abide with him.