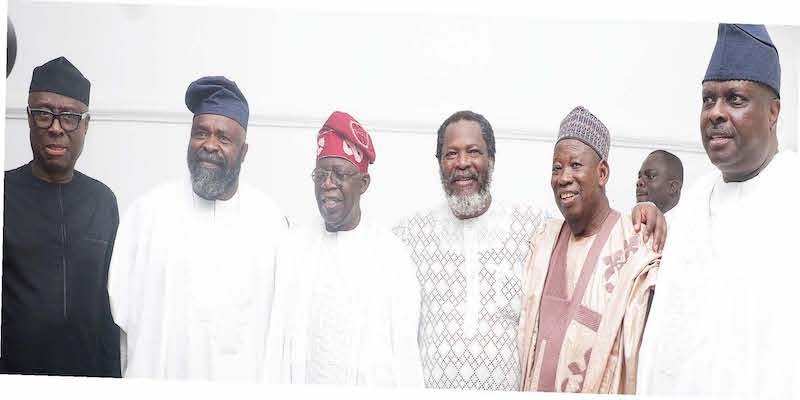 Delta State stood still yesterday as eminent Nigerians from all walks of life thronged the usually quiet town of Owa-Oyibu, the administrative headquarters of Ika North-East Local Government Area of the state to pay their last respects to the late Princess of Owa Kingdom, Mrs Margaret Obaigbena, whose remains were interred at the Obaigbena royal family compound.

Princess Obaigbena, who passed away on Friday, June 17, 2022, at the age of 87 after a brief illness, left her footprints as the Chief Nursing Officer in old Bendel State and later, Delta State, where she served meritoriously.
The matriarch also served three successive governments in Delta State as Special Adviser, deploying her robust wealth of experience in health sector management to serve her people, community and the state.

The late princess was born in Enugu on August 16, 1934, to Pa Paul Owakwe and Mrs Grace Osinole Usifoh of Owa Kingdom, Ika North East LGA, Delta State.
Owa-Oyibu community, the venue of her funeral, was agog with creme de la creme of society who came to pay their last respects.
At the funeral were top political leaders, businessmen and women, captains of industry, and other eminent Nigerians from all walks of life, who converged on the hitherto quiet town to give a grand royal funeral service to the late matriarch of the Obaigbena family.

For many, it was a celebration of life of the Owa Princess, who gave her all and served her people even after retirement as a chief nursing officer as she went on to become a special adviser to three governors in Delta State.

Princess Obaigbena was mother to the Chairman and Editor-in-Chief of THISDAY Newspapers/ARISE Media Group, Prince Nduka Obaigbena and a retired director at the former Nigerian National Petroleum Corporation (NNPC), Prince Benjamin Obaigbena, as well as Princess Isioma Ukwa, Prince Alan Glory Obaigbena, the late Prince Rotimi Obaigbena, and Princess Ogochukwu Aneke.
She was also survived by her grandchildren and great-grandchildren.

Her funeral service was held at St Andrews Anglican Church Owa-Oyibu.
In his sermon, Bishop of Ika Diocese, Anglican Communion, Rt. Rev Godfrey Ekpenisi, said Dame Margaret Obaigbena lived a life of humility and commitment to the service of God.
Bishop Ekpenisi disclosed that the deceased octogenarian lived an impactful life, adding that Nigerians should love one another by being charitable towards the promotion of humanity.

According to him, Nigerians should wholeheartedly embrace God in their daily lives by shunning anything capable of severing their relationship with God.
It was a day for torrents of tributes as eminent Nigerians, family and friends hailed the contributions of the deceased to the welfare of mankind.
In his tribute at the church service, the Delta State Governor and vice presidential candidate of the Peoples Democratic Party (PDP), Dr. Ifeanyi Okowa eulogised the deceased for her invaluable service and significant contributions toward advancing the cause of humanity.

Okowa hailed the late Princess Obaigbena for her love and compassion for humanity, saying she had left an indelible imprint on society.
He described the matriarch of the Obaigbena family as a woman who spent her life serving God and humanity.

“Mama was a mother to all and I am truly part of the family because I do remember our early days in life. She was always there for us.
“I know that we feel pains, particularly members of the family but let us be comforted as she made her mark in life and she was a woman that made a great difference.

“She was someone who spent her life serving God and humanity and was one of those mothers who inspired me in life.
“As a nurse, I do know that she made a lot of impact in the government of Chief James Ibori and Dr Emmanuel Uduaghan where she served as Special Adviser on Health Matters.

“She was worthy of it and won a lot of accolades when she was in service and she impacted everybody who went through her tutelage and everyone who came across her. She made her mark and I wish it was so in our society today because this nation would have been so closely knit together.
“If all of us can have a heart like our departed mother, I am sure Nigeria will be a better place because no one will have any reason to be on the streets and take to hooliganism.

“She was a mother to the poor, eyes to the blind and leg to the lame and she did so much to impact humanity,” Okowa explained.
He urged the family members not to weep but to rejoice because their mother led a life of great impact and left indelible legacies.
At the reception, guests were entertained in several marquees, including the home of THISDAY Chairman, who threw his doors open to host the mammoth crowd.
Speaking to THISDAY, the Chief Executive Officer of Dangote Group, Alhaji Aliko Dangote described the late Princess of Owa Kingdom as a great community leader.

“She really helped her own people; she helped the state and also Nigeria in general. She served and she did her own best and we pray for her soul and may her soul rest in perfect peace,” Dangote said.
Also speaking, the Ekiti State Governor and Chairman of the Nigerian Governors Forum (NGF), Dr Kayode Fayemi, praised the deceased for her hard work and extraordinary commitment to the family.

Lauding her resourcefulness and passion for excellence, Fayemi said: “Reading Mama’s story, she just reminds all of us of how we were brought up with those values of diligence, of compassion for the community and integrity – the way she brought up her kids and the way she went for a second profession even when she already started having kids and made a success of it rising to the level of a chief nursing officer and then remaining committed to the larger family, the Delta family, the family of humanity and serving God relentlessly till the end of the day.

“So, those are the values and those are assets that we must always pay attention to and associate with and you can also see it in her children.
“They’ve gone on to be very successful in life and also made friends from all over. I am here because of one of them – Prince Nduka Obaigbena.
“Many of those who have known him, always know him to be generous, free-spirited, but always focused on his work and making the success of it just like Mama did,” Fayemi explained.

Kano State Governor, Dr Abdullahi Umar Ganduje, described her as a woman with humanity, adding that she cared about people.
To the bereaved family, he charged them to “take it in good faith because that is the work of God and they should continue to pray for her.

“They should build on the legacy that she left behind because her legacy is very important and that is caring for the people.”
In his tribute, Edo State Governor, Mr Godwin Obaseki said, “Mama was a health care worker, a nurse who took care of people, brought people to life and cared for them through life as a nurse and the way she led her life was as an exemplary life-giver.

“Not having just given birth to a child or children she saw them through maturity because, in her community, she was present for her people.
“Don’t forget we all started in Bendel State and then she came to Delta State and even after she retired as a chief nursing officer, she continued to serve and provide advice to the governments of Delta at that point in time.
“So, for us, what she means is somebody who lived a life of service, somebody who lived the life of a mother to a community and a mother to everybody,” the Edo State governor said.

On his part, the presidential candidate of the All Progressives Congress (APC), Senator Bola Tinubu described the late matriarch as a great, humble and virtuous woman who should be celebrated.
“She was a virtuous woman who was greatly blessed and she would be dearly missed,” he said.
On his part, a former governor of Cross Rivers State, Senator Liyel Imoke, said society must emulate her doggedness, humility, activism and indeed her integrity.
Earlier, a former Executive Director of Nigeria Export Promotion Council (NEPC), Mr Segun Awolowo, praised the late matriarch for what she particularly did in the health sector, particularly in Delta State.

“Apart from that, she was a wonderful mother who brought up her children well. She lived a very simple life, and that’s why she’s celebrated.
“So this is a gateway to celebrating women and their ability to raise families.  So I’m so happy for my friend- he survived his mother as she saw him grow and what he has become. There’s nothing more fulfilling than for you to succeed in front of your parents, which he did,” Awolowo said.

The President of the Nigerian Union of Journalists (NUJ), Mr  Christopher Isiguzo, who is also a staff of THISDAY, said: “Judging from what people are saying and what we know about our departed mother and matriarch of the Obaigbena family, she was a kind, caring and very godly woman.

“She left her mark and steps on the sands of time and the bishop who conducted the service attested to the fact that she was a great woman.
“She gave birth to very great people and by extension, all of us are of the family and I pray that those she has left behind would also continue to sustain the virtues of kindness and care that she left behind and that is the only way to immortalise her,” the NUJ president explained.

Also present were the National Commissioner for Independent National Electoral Commission (INEC) in charge of Akwa-Ibom, Bayelsa and Rivers states, Mrs. May Agbamuche-Mbu; and former Director-General of the Nigerian Maritime Administration and Safety Agency (NIMASA), Mr. Dakuku Peterside.
The THISDAY team was led by the Managing Director, Eniola Bello; Editor, Shaka Momodu; Managing Editor, Adebiyi Bolaji and a host of other senior members of staff.

In a related development, the Registrar of the Joint Admissions and Matriculation Board (JAMB), Prof. Ishaq Oloyede, yesterday condoled with the Chairman of the THISDAY/ ARISE Media Group, Prince Nduka Obaigbena over the passage of her mother, Princess Obaigbena.
In a letter he wrote on behalf of the management and staff of the board, Oloyede acknowledged the remarkable achievements of the matriarch of the Obaigbena royal family before she passed away.