Anthony Joshua: Set for a Place in Boxing History 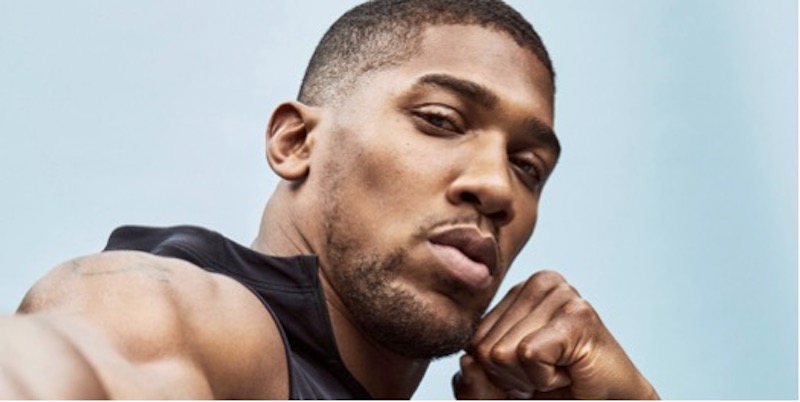 Boxers such as Muhammad Ali, Evander Holyfield among others enjoy special place in boxing history today not just because of their boxing prowess alone but their ability to regain their belts not once but twice, therefore, ranking them as one of the few boxers that have gone to hold the heavyweight boxing title thrice. Today, indeed presents Anthony Joshua an opportunity not only to rank among the boxing greats but also a place in history as he goes toe-to-toe with Oleksandr Usyk at the King Abdullah Sports Centre in Jeddah, Saudi Arabia, in his attempt to regain the title he lost to the Ukrainian last year’s September

Anthony Joshua and Oleksandr Usyk’s path first crossed at the 2012 London Olympics with both boxers winning gold medals in their categories. While the Anglo-Nigerian fought in the super-heavyweight category and Usyk was fighting in a division below as a heavyweight, and since then, both boxers have gone to respect each other-at least mutually.

Having announced themselves to the world by claiming Olympic gold at London 2012 Olympics, 10 years later, the pair once again take centre stage as they prepare for their career-defining rematch.

Joshua and Usyk are set to take centre stage once more today when they face each other in a heavyweight rematch following the Ukrainian’s unanimous decision victory last September, and it  promises to be an engaging battle between two men who have both been at the top of the sport for the past decade.

Joshua has revealed his desire to “harm” Usyk ahead of their highly-anticipated world title rematch this weekend.

Joshua was stunned by Usyk last year in London, with the underdog claiming all four belts after he won the 12-round battle by unanimous decision.

While Usyk etched his name in the history books, his more fancied opponent went back to the drawing board after losing his world champion status for the second time in four bouts.

Joshua (24-2-0, 22 KOs) had lost to Mexican Andy Ruiz at Madison Square Garden in 2019 by TKO, before he won all his belts back later that year in Saudi Arabia.

The British-Nigerian superstar is hoping that history can repeat this weekend, as he takes another world title rematch to the Middle East.

With the IBF, IBO, WBA and WBO titles on the line, Joshua is confident he’ll become a three-time world champion against Usyk, who helped his country’s war efforts against Russia earlier in the year.

“I do want to do him harm this time, despite all my respect for what he has done in the war in Ukraine,” Joshua told the Daily Mail.

“I do know that if I use my elements of height and strength, I will have a better chance of winning.”

Joshua burst onto the world boxing scene at the London 2012 Olympics where he won a gold medal, but so did Usyk in a lighter division.

The 32-year-old went on to beat some of the biggest names in the sport including Dillian Whyte and Wladimir Klitschko, before the loss to Ruiz stunted a shot at further greatness.

After winning back his belts by unanimous decision, and then beating Kubrat Pulev, Joshua wanted to “prove” to the world that he could box by going 12 rounds with Usyk.

The Ukrainian, who signed up with the Kyiv Territorial Defense as part of the ongoing conflict, had only fought twice as a heavyweight before fighting Joshua after making his name as a cruiserweight.

“It sounds crazy but I’m not going to lie. My objective was never to hurt him, to land damaging punches,” Joshua said.

“My aim was to go the full 12 rounds and prove I could box as well as he does, to land scoring punches.

“But I didn’t work hard enough to prepare for a 12- round fight at that pace. I wasn’t in the right mindset.

“Training camps are so challenging, so draining, so brain-fatiguing. I need to be better conditioned.

“I need adjustments to deal with a southpaw because to me these lefties are a nightmare. I swear that if Oleksandr wasn’t a lefty I would have smoked him, one hundred per cent.”

Even though he had the height advantage, Joshua was out-boxed by a fighter that he potentially hadn’t trained hard enough to fight.

The loss in September has stayed with him ever since, with Joshua describing the “nightmare” he’s had to live, waiting for his next chance to return to the ring.

“It has been a nightmare just sitting on this loss for so many months. The time-frame does change every day.

“I had dedicated a lot of my life to a very tough sport. I will do this for as long as I can but I think I’m quite smart at business now.

“I will be 33 shortly and a lot will come down to how long my body can hang on.”

Meanwhile, Usyk felt that he was potentially just “30 seconds” away from dropping Joshua, after 12 rounds of dominance.

“Perhaps if there were another 30 seconds or another minute in the 12th round, Anthony would have been knocked down,” Usyk told Parimatch.

“But I don’t think about it anymore because it’s just guessing. It happened as it happened. I boxed 12 rounds and I won.”

But former world title holder Callum Smith believes Joshua can turn the tables on the champion this weekend, although he feels “he has to go back to the old Joshua”.

For Joshua, victory has never been more vital. “There’s a lot at stake. It’s a big fight for both of them. You’ve got three of the four belts on the line, you wouldn’t expect anything less but I like the two of them personally, they’re two likeable characters,” said Smith, a World Boxing Super Series winner like Usyk.

“Usyk kind of did that to Joshua (in the first fight), he couldn’t land his jab,” Smith added. “With Joshua, if he can’t land one shot, it kind of stops you throwing two, three or four when fighters are elusive like that.

“But he knows now. He’s been in with him. He’s had a long time to think about it and come up with a plan to beat him second time. He got it right with Ruiz second time around. It’s kind of the opposite, he fought against Ruiz and had to box second time. This time he probably boxed too much (in the first fight) and has to go back to the old Joshua. It’s a good fight and one that hopefully I can sit and enjoy.”

Smith believes Joshua can turn the table against Usyk in a rematch. “I think the first fight, for me, was convincing for Usyk. Joshua made it pretty easy for him. Stood off him and stood in front of him. I think Usyk was probably surprised at how easy it was. I’m not Joshua’s coach, but I think I speak for a lot of people when I say I think he needs to go for him a little bit more and make him feel like he’s in with the bigger man,” he said.

“I don’t think he used his size as much as he could have. He’s got to make it a little bit uncomfortable, but he’s got to be clever while he does it. I think Usyk’s smart and he’d counter every mistake Joshua does make, so he can’t really be reckless.

“It could backfire if he goes for him and doesn’t get rid of him, then he could become gassed and he becomes a bit more of a sitting target for Usyk.

“I think they’ll both adjust from the first fight, they’ve both done 12 rounds with each other so they both know each other a little bit better this time.

“It’s a tough one. I think Joshua could go for him and we’ve seen Usyk’s face after the first fight, pretty marked up and it wasn’t as physical as it could have been.

“So if Joshua does go for him, he could get rid of him.”

Muhammad Ali is one of the most renowned heavyweight champions in sports history. He reserves the record of being one of the few boxers to have won the World Heavyweight Championship title three times, in 1964, 1974, and 1978, and this is what Joshua would be hoping to emulate today.