Buhari: Nigerians Owe Our Military Debt of Gratitude as Remaining 23 Train  Victims Are Freed 49 mins ago

Oshiomhole: I Can’t Speak on Tinubu’s Health Because I’m Not a Nurse or Doctor 5 hours ago 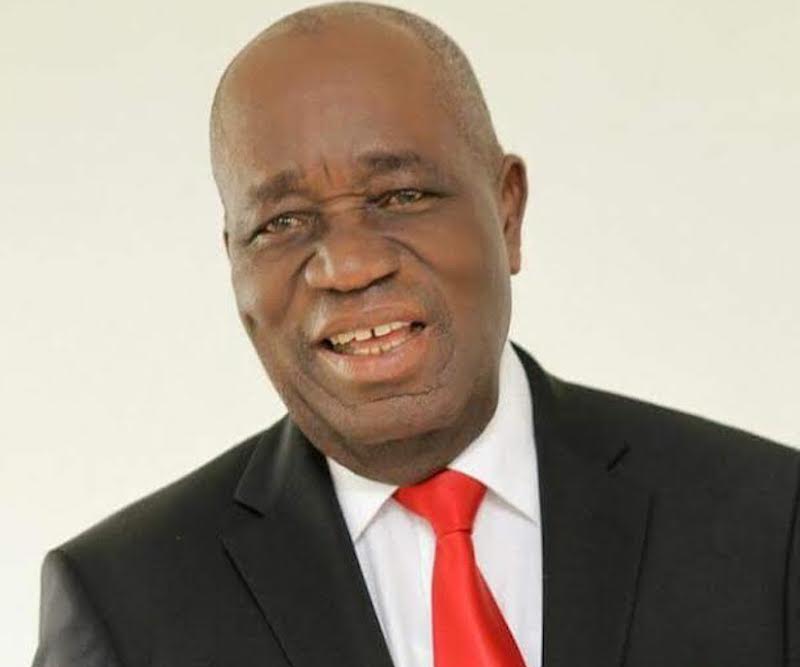 Barring any unforeseen circumstance, Akwa Ibom State Deputy Governor, Mr. Moses Ekpo is inching towards a feat as the first to finish a full two-term tenure. Vanessa Obioha writes that beyond this, the octogenarian has redefined the status quo of what the job entails and represents

By the time he leaves office as Deputy Governor of Akwa Ibom State in May 2023, the 82nd birthday of Mr. Moses Frank Ekpo will be in view. By that time also, he would have set a record as the first occupant of that office, since the turn of this democratic dispensation,  to serve the entire two tenure of eight years. Ekpo is admiringly called ‘Uncle Mo’.

It is not uncommon to hear derisive reference to  deputy governors as ‘spare tyres’. However, this is a skewed understanding of their role. For emphasis, the office of a governor is a joint ticket. No governorship candidate is allowed on the ballot without a properly nominated running mate.

“If the nation considers that it is important to define roles for a deputy governor, will it ever be in conflict with what the governor is doing? I think it’s a mutual understanding between two people.”

Akwa Ibom State is not new to this unsavoury history of deputy governors. Arguably, this must have informed the careful choice of Ekpo to deputize Governor Udom Emmanuel, having learnt from tumultuous incidents involving deputy governors in the immediate past administration.

A very experienced administrator who served both the federal and state governments as chief executive of a national parastatal, the Nigeria Copyright Council (NCC). His passionate involvement with copyright issues recommended him for a place of prominence on the governing council of the World Intellection Property Organisation (WIPO).

He is the most distinguished African on the WIPO council today. He had earlier served as the Director of the War Against Indiscipline (WAI) Brigade. The Akwa Ibom Deputy Governor also worked abroad as Information Attache in some of Nigeria’s embassies.
At the state level, he served as Editor of the Cross River State-

owned newspaper, Nigerian Chronicle and later as the state’s Commissioner for Information. When Akwa Ibom State was carved out of Cross River, he was in the first executive council of the state as Commissioner for Information. Ekpo has also served as a Federal Commissioner in the National Population Commission (NPC).A distinguished journalist, who was honoured with a Lifetime Achievement Award by The SUN Newspaper, Ekpo holds his primary constituency, the media very dear to his heart. His journalism career began under the inimitable Alhaji Lateef Kayode Jakande, the first Executive Governor of Lagos State.

He also worked for the British Broadcasting Corporation (BBC) and the Voice of America (VOA) at different times. He was a staff of the Eastern Nigeria Broadcast Corporation in Enugu when the Nigeria Civil War began. And since he interviewed Chief Obafemi Awolowo before the hostilities were pronounced between Eastern Nigeria (Biafra) and the rest of the country, the leadership of Biafra viewed him as a threat for being close to a leader of Western Nigeria.
Therefore, he was kept in detention throughout the period of the war.  He still thanks his lucky stars for getting away with a period of incarceration, because it was a dangerous time of uncertainty in which his life could have been lost and no questions would be asked.
A fellow of the Nigeria Institute of Public Relations (NIPR), Uncle Mo is not ashamed to be identified as a journalist and would sooner describe himself as a Reporter than anything else.

These diverse experiences have been put to excellent use in the Akwa Ibom State executive council, where Ekpo is accorded respect due to his fatherly figure and the profound counsel he brings to the business of governance.
The Akwa Ibom Deputy Governor has fulfilled the expectation that he would play a stabilising role and not rock the boat of the Udom Emmanuel administration in anyway. There might have been a couple of occasions when Emmanuel and Ekpo could collide due to differences in opinion or strategy to achieve a particular goal; not minding if his position was superior, his humility is admirable.
He explained,

“I have a dictionary that defines loyalty and when I interpret it, loyalty has no percentage. If you’re 90 percent loyal to your boss, then it’s not complete, it doesn’t help. It should be 100 percent loyalty. Governor Udom Emmanuel shares opinion. There’s no better way to govern. This state is the most peaceful state, even in government.

“Once the government is in factions, then the entire state will be in factions. We don’t want to create divide and rule. Governor Emmanuel listens to everyone. He listens to his colleagues in the cabinet and when decisions are taken it’s a wholesome decision.”

Last December, on his 80th birthday, among other things he planned to give back to society, Uncle Mo hosted a three-tiered party that brought the high and mighty to his Abak homestead. Even as the revelry was going on, his undivided attention was on widows and the physically challenged selected from across the state for the sizeable largesse he laid out for them.

Another passion that gets a higher notch of attention than his interest in the media is his devotion to Catholicism. An early riser, parishioners in his local church are likely to ask after him if he consistently misses mass in the morning. If you hope to catch the good old jolly side of Uncle Mo, the Lenten Month is not a good time to seek his company. At that, he is not likely to engage you in a brainstorming session, while sipping a glass of his favourite wine.

An intensive moment of  freewheeling discussion with Uncle Mo is desired by a discerning few for the diverse knowledge and ideas that one can imbibe. The Akwa Ibom Deputy Governor can easily be classified as an enigma for his retentive memory that enables him to hold didactic conversations, recalling exact dates and instances; at his age.

I have a dictionary that defines loyalty and when I interpret it, loyalty has no percentage. If you’re 90 percent loyal to your boss, then it’s not complete, it doesn’t help. It should be 100 percent loyalty