Wike: The Big Picture is More Important 49 seconds ago

New Coach for Ekong, Kalu, Okoye at Watford 10 mins ago 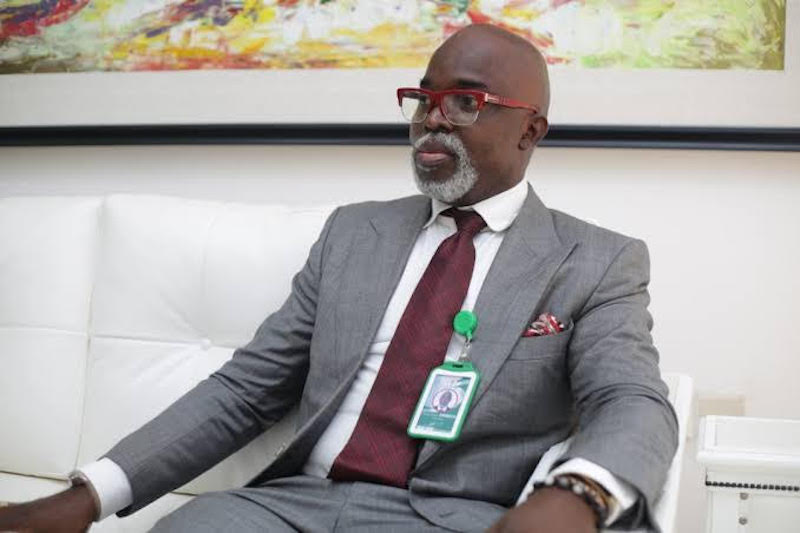 *Says: “I will assist and work with anyone who wins the election”

Amaju Melvin Pinnick yesterday restated his earlier pronouncement not to seek a third term in office as president of the Nigeria Football Federation when his second term expires on September 20, 2022.

Speaking yesterday on AriseTV, the CAF Executive Committee and FIFA Council member who has been speculated to be interested in a third term at the Sunday Dankaro House in Abuja, dismissed such talks, insisting that he was under family pressure to step aside.

“A lot of Nigerians from all sectors have called me to stay on but I cannot go back to tell my wife and children that I want to contest for another term. I am an Itsekiri man and a noble one. I stand by my word that I will not contest again when my tenure expires,” observed Pinnick.

He stressed that there were too many people he branded “traducers” in the corridor of sports who hate him for no just cause.

“As a CAF executive committee and FIFA Council member, I ought to enjoy some level of support and protection because it is a thing of joy for Nigeria to have someone like me sitting at the highest level of decision making on football. “Unfortunately that is not the situation with too many traducers wanting to get at Pinnick for no just reasons,” stressed Pinnick.

Although he declined to speak on the relationship between him and the current Sports Minister, Sunday Dare, Pinnick said he would do that at the appropriate time. It is a known fact that the NFF has not enjoyed the needed support under the Sunday Dare era at the FMY&SD.

Pinnick however promised to support whosoever that emerges the next president of the NFF.

“There are so many Nigerians that are capable of being there (NFF President). I will assist and work with anyone who wins the elections. I will work with whoever emerges as NFF President. That I promise. I will intervene but will not interfere,” Pinnick assured stakeholders in Nigerian football.

Pinnick, the only Nigerian to have done two terms so far, began his tenure at the NFF with intrigues in 2014 as both Chris Giwa and former Sports Minister, Solomon Dalung, waged war of attrition against him in order to unseat the former Delta Sports Commission chairman. He however survived and four years later got another fresh  mandate at the election in Katsina.

Although Pinnick did his best attracting corporate sponsors to the federation to the point of becoming self-sustaining to the tune of over 70 per cent, the non-qualification of the Super Eagles for the 2022 World Cup in Qatar became a major point which those seeking his exit from the job are using as plank for campaign against him.

Despite the enthusiasm in football circles that the rescheduled Annual General Assembly of the NFF was going to hold on Thursday, August 18, 2022 in Lagos, Pinnick’s insistence on getting clearance from the office of the Attorney General of the Federation before the AGM can hold.

There is no formal pronouncement from the Yenagoa Federal High Court in Bayelsa State that the case before it stopping the AGM has been withdrawn. This may pose fresh hurdle for the NFF election.

“As a FIFA member, I cannot be seen to be around for an  illegality to take place. I know what we went through the last time we had a similar situation when Barrister A. U Mustapha almost ran into trouble with the legal authorities. Once we get the go ahead, the AGM will take place,” concludes Pinnick.