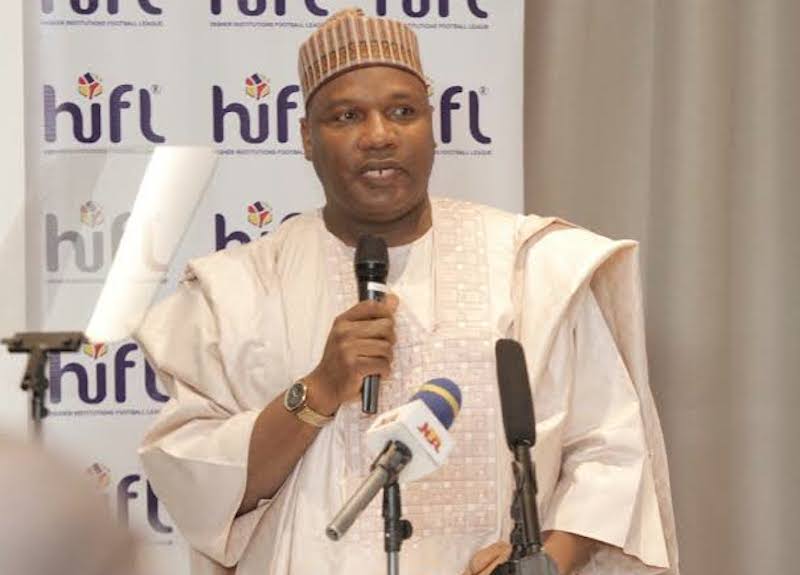 As the election into the board of Nigeria Football Federation (NFF) approaches, a deluge of pressure is being mounted on a former Chairman of Gombe Football Association, Alhaji Ahmed Shuaibu-Gara Gombe, to join the several contestants that have indicated interest in the top job.

There were indications last week that the election would hold in September and candidates have since commenced moves to upstage the incumbent President Amaju Pinnick who is reportedly seeking a third term in office.

Among the people mounting pressure on Gombe include politicians, civil servants, diplomats, Nigerians in the diaspora and key figures in Corporate Nigeria who contend that the major challenges that have bedevilled Nigeria football over the years require a new direction through visionary leadership of the astute football administrator who is renowned as courageous, fearless, passionate and sincere.

The pressure group contends that the legal framework for Nigerian football and the serious distrust between the football federation and Corporate Nigeria that has militated against the country’s football development for several years need urgent redress.

They also believe that the Nigerian football community must unite for a common purpose to return the country to where it should belong in the comity of nations, particularly to reassume its long-held leadership in West Africa, Africa and the world.

Gara Gombe has at different times been two-time chairman of Gombe United Football Club, member of Gombe State Sports Council Board, Secretary General of Nigeria Football Stakeholders Forum, Special Adviser on Sports Development to former Kano State Governor, Engineer Rabiu Musa Kwankwaso, and is the youngest Match Commissioner in the history of Nigeria football after commissioning his first match at age 28 in Ibadan.

In addition to being vice chairman to Chief Adokiye Amiesimaka’s committee on the development of the Blueprint for the establishment of the Premier League in Nigeria, set up by then Sports Minister Stephen Akiga, he was also among the three Nigerian representatives at the CAF Elective Congress in Egypt where Dr. Amos Adamu was elected as CAF Executive Committee member. Garza Gombe is consultant to both Julius Berger FC and Voice of Nigeria FC while his visionary programmes as the Gombe FA chairman have remained indelible to the present day.

His visionary programmes and initiatives as Gombe FA chairman, Gombe United and at Kano Pillars where he carried out courageous reforms as Adviser to Kano State Governor also stand him out. His international pedigree also lately led him to being appointed as consultant to Avadas Football Club and Academy in Morocco.