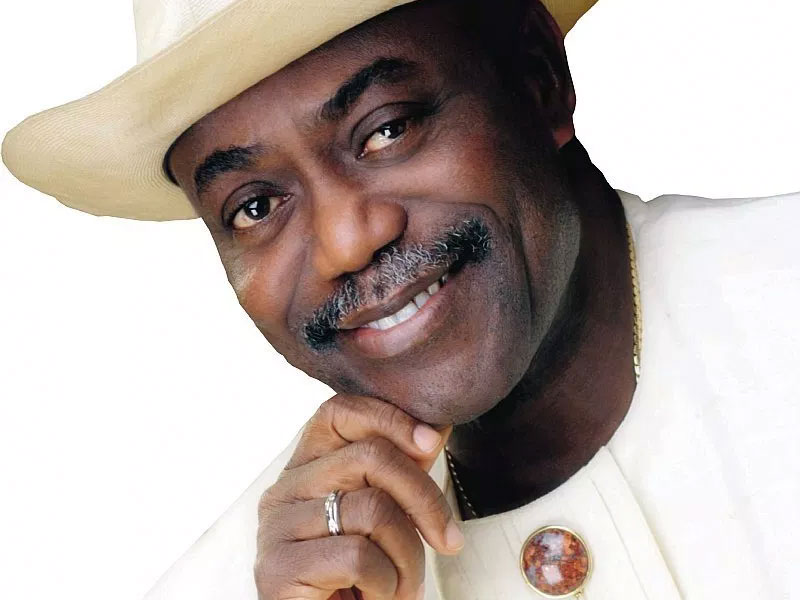 At a time in Nigeria where transformational leaders are scarce, Peter Odili, former Governor of Rivers State stands out in his achievements in the political and economic landscape of the country. As he clocks 74, the towering General deserves nothing but a compassionate ode as a champion for human dignity and national peace and reconciliation, writes Vanessa Obioha

What do the revolutionary Napoleon Bonaparte, super talented American actress Jennifer Lawrence, and visionary former governor of Rivers State Peter Odili, have in common? Well, for starters, a lot in terms of their drive to attain and replicate success in their respective career paths. But more specifically, each of these epitomai of great leadership shares the same birthday — August 15.

Born in 1948 in Ogba/Egbema/Ndoni Local Government Area of Rivers State, Odili was welcomed to the loving home of Chief Philip Celestine and Princess Janet Okwei Odili, who, within the limits of their resources availed the youngster the very best life they could offer in a Nigeria under the rule of the colonial masters. As every parent would hope for their wards, they expected Odili to become a well-to-do member of the society, unknown to them, the charismatic leader’s dreams exceeded their imagination.

At the early age of five, Odili enrolled in St. Michael’s School, Oguta II, and Sacred Heart School, Onitsha. Time spent between both institutions spanned between 1953 and 1960. He furthered to Christ the King College in Onitsha, an institution that has churned out some of Nigeria’s greatest minds. But Odili was not done yet with his academic exploits. He proceeded to study Medicine at the University of Nigeria, a ground where he first came in contact with his loving wife of many years, the retired Justice Mary Odili, a newly turned septuagenarian.

Fresh off the University of Nigeria, he started the compulsory internship under the National Youth Service Corps (NYSC), before moving on to become a Resident Staff Physician at Medical Consultation Centre, Port Harcourt, between 1979 and 1980.
Throughout his practice there, he left marks that were guided by his humanity and zeal to serve. This led to an even bigger calling. By 1980, he had set up his private medical practice, PAMO Clinics, where he served as the Resident Clinician-in-Charge for two years.

Possessing an insatiable appetite for knowledge expansion to improve his practice and place him ahead of his peers, he then proceeded to enrol in a specialist programme at the University of Liverpool, the United Kingdom. Although a part of his goals was to be adept at his profession and edge out some of his peers, the bigger picture that compelled him was to serve his community. Therefore, after his programme in the UK, he headed back home to serve his community in Port Harcourt.

His expertise in the medical field saw him emerge as the personal nominee of the former President of the United States of America, Bill Clinton, to a 10-member roundtable committee charged with the responsibility of formulating the methodology for addressing the HIV/AIDS crisis in the workplace in Africa.
If Odili had a bad trait, it would be one of never being satisfied with the level of impact he makes at each stage in his life. In 1988, he was elected member and leader of Rivers State Delegates to the Constituent Assembly and was elected to the National Constitutional Conference, where he served as the Chairman of the Conference Committee on State Creation. In 1992, he was elected as the Deputy Governor of Rivers State. At the peak of the struggle for the laying of the foundation for the Fourth Republic, Odili first served as National Vice Chairman (South-south) Democratic Party of Nigeria (DPN), and later as National Secretary.

He was the Founder and Leader of Rivers Platform, in 1998; Founder and Leader, of the Restoration Team as well as the State Leader of the Peoples Democratic Party (PDP); elected Executive Governor of Rivers State in 1999 and served two terms. It was in that capacity that he took the country by storm and became a reference point in the nation’s political calculations. He was at various times the National Chairman, PDP Fund Raising Committee (2000); and Chairman, Presidential Committee on Housing and Urban Renewal (2001).
Even though he has not been too active politically, his exploits are not only well documented and reference point, but his place in history is reserved. More importantly, his impactful life still echoes.
Little wonder a former Governor of Jigawa State, Mallam Sule Lamido, recently advised a governor to emulate Odili for his consistent showed maturity in any situation he finds himself.

“Let him learn from his former boss, Peter Odili. He will tell him a story that is so touching because I have never seen a person who was cheated on and who was so denied as Peter Odili. The man is so humble, so tolerant. I mean he is everything good,” the former governor admonished.
To date, even Odili’s ardent critics concede to the fact that his stint in office yielded stellar accomplishments that have remained a yardstick for measuring performance in that resource-rich state. Before him, not only were substantial parts of Rivers State not connected by roads and electricity, Port Harcourt, the state capital, was not connected to the national grid. All these changed under him.

The National Independent Power Project (NIPP) which later became a federal fad had Odili, in his capacity as governor of Rivers State, as one of its pioneers. Before him, also, Government House, the seat of the Governor, was no better than a guest house and that’s being charitable. He built a grand and befitting edifice that remains a major architectural landmark.

One positive part of the Odili phenomenon is his kindness and large-warmheartedness as well as mentoring successors.
In 2020, when the world was ravaged by the COVID-19 pandemic, Odili donated Reverse Transcriptase-Polymerase Chain Reaction, Reagents, and Busters for RT-PCR COVID-19 Test, to the state government for use at the Rivers State University Teaching Hospital, Port Harcourt. In addition, he donated PCR Test Machine and 3,000 test kits and reagents by Pamo Clinics and Hospitals to enhance the fight against the virus. This singular act was commended by many who borrowed a leaf from his script to impact their communities.

Turning 74 bears symbolic meaning in the life of the politician who built a revered career through extraordinary professional medical practice, attaining the respect of his political peers, and channelling his interest into championing and executing humanitarian works with far-reaching effects. Indeed, it is a moment for him to look back at his works in the past to better steer his direction in the future.

In numerology, 74 is an angel number which signifies that tough times are coming to an end, and great things are coming to fruition. In the case of Odili, this is no guesswork. During his time in office as governor, he deployed an unusual strategy of working with adversaries. Without a doubt, this imprint he made has continued to influence how the state is being run. In other words, he has become an elder statesman whose words are valued. His impact is fast turning into a living legacy.

To be sure, these qualities exhibited by the astute leader are not just a facade for public acceptance. His ‘charity begins at home’, as he is well known for his close knitted relationship with members of his immediate and extended family.
A philanthropist at heart, Odili understands the mechanism of wealth redistribution as a vehicle for grassroots development. Throughout the years, he has supported many families, giving them a fighting chance to come out of penury through different empowerment programs that entail the countless number of persons he helped; the school fees he has paid; the hospital bills and house rents he assists in paying; the land, the many community disputes he helped resolve and the broken homes he salvaged.

This show of unusual love and care for others is also reflected in his immediate household.
Married to one of the most powerful women in the country does attract its own kind of media scrutiny and sometimes, scandal. However, the pair has managed to evade the drama. Considering that the union produced four lovely children, their seemingly quiet lifestyle can only be reckoned as a feat.

While his 73rd birthday was marked by the death of his brother, Chief Fidelis Odili, his 74th is expected to be celebrated in high spirits. Despite the setbacks, it is a year when his wife, Justice Mary Odili, did not only retire from the legal practice with a spotless reputation but also joined him on the seventh floor. Indeed, history would reserve a place for the selfless leader as he climbs another step.

Looking back, at 74, Odili is certainly a fulfilled man. With his wife who rose to the peak of her career, and four wonderful children who are doing well in the chosen professions, what else could he have asked from God than a peaceful life and gratitude.