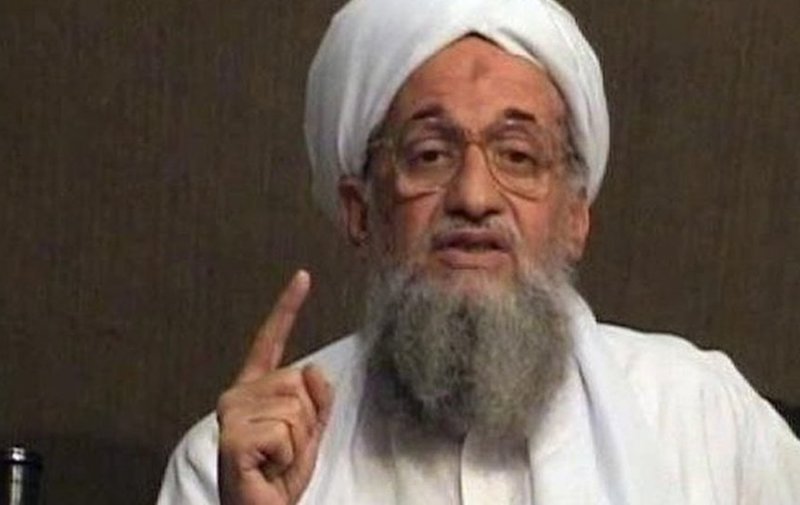 The recent killing of the leader of Al Qaeda, Ayman al-Zawahiri in Kabul, Afghanistan may have eclipsed hope for the insurgents of Boko Haram and its splinter group, Islamic State in West Africa Province (ISWAP) in Nigeria.

Likewise, Zawahiri’s killing brought back the fear of breakdown of law and order in the south Asian country, which according to reports, attested to the hollowness of the 2020 Doha Agreement.

A foreign media report revealed this concern at the weekend, pointing out that the killing of the Egyptian-born terrorist and physician “has reignited the debate on Pakistan and terror.”

Recent activities of Boko Haram and ISWAP in Cameroun, Chad, Nigeria and Niger further raised global concerns about the hollowness of the Doha Accord that threatened international peace and security,

Citing a senior United States administration official, reports claimed that Zawahiri, before his extermination had been in hiding for years contrary to the principle of the Doha Agreement.

The report further showed that the operation “to locate and kill him was the result of careful, patient and persistent work by the counter-terrorism and intelligence community.

“The prospect of Pakistani involvement in Zawahiri’s targeting, meanwhile, has emerged as a contentious issue, even if neither the US nor Pakistan has so far publicly acknowledged such a role.

“If, indeed, there is truth behind reports suggesting that Islamabad did play a part, it will be yet another demonstration of Pakistan’s time tested policy of running with the hares and hunting with the hounds as far as terrorism and Rawalpindi’s terrorist assets are concerned.

“Furthermore, more than two years after the US and the Taliban signed the Doha Agreement and almost a year after the radical Islamist group took over Afghanistan, Zawahiri’s killing in Kabul makes it evident that the peace deal the US had signed with the primary purpose of getting its troops out of Afghanistan is all but over.

“Sadly, more than the US and the Taliban, the signatories of the Doha deal, it is the careworn people of Afghanistan who will yet again have to bear the consequences.

“Zawahiri, a trusted lieutenant of Osama bin Laden, had played a key role in the 9/11 attacks and had later formed several of Al-Qaeda’s regional affiliates, including the one in the Indian subcontinent.

“Since he took over as leader, Zawahiri has played the critical role in keeping Al Qaeda together by working behind the scenes to forge consensus among Al Qaeda affiliates, branches, and franchise groups.

His death is a massive setback for Al Qaeda, which has long been plagued by financial problems, limited command and control, infighting, and the lack of a geographical haven.

“After Zawahiri’s killing, even Afghanistan will become dangerous territory for the group as it will henceforth undoubtedly hesitate greatly before trusting the Taliban.

“In many ways, Zawahiri’s killing is the second most significant blow to Al Qaeda after Osama bin Laden’s death, and it is one that the group may struggle to recover from.

“As for how he was located and targeted, the New York Times, quoting official sources, revealed that Zawahiri’s ties to leaders of the Haqqani network “led US intelligence officials to the safe house” where he was hiding.

“The safe house was owned by “an aide to senior officials in the Haqqani network” in an area in the Afghan capital controlled by the Taliban. Senior Taliban leaders occasionally met at the house,” the report added.

It further disclosed that “Intelligence officers made a crucial discovery this spring after tracking Zawahiri, the leader of Al Qaeda, to Kabul, Afghanistan: He liked to read alone on the balcony of his safe house early in the morning.”

Otherwise, Zawahiri was “never seen leaving the house and only seemed to get fresh air by standing on a balcony on an upper floor.”

“Convinced by the detailed intelligence briefings that he received on the proposed operation to take out Zawahiri, US President Joe Biden on July 25 authorized the CIA to conduct the strike “when the opportunity presented itself,” which it did on the morning of 31 July when a drone flown by the CIA found Zawahiri on his balcony,” the foreign news reported.

The news medium further reported that the agency operatives fired the missile and hit the target, thereby bringing to an end, a more than two-decade-long hunt.

“President Biden in a 1 August announcement informed that Zawahiri had been killed in an American drone strike, adding that “justice has been delivered and this terrorist leader is no more.”

“The following day, Secretary of State Antony Blinken asserted, by hosting and sheltering the leader of al-Qa’ida in Kabul, the Taliban grossly violated the Doha Agreement and repeated assurances to the world that they would not allow Afghan territory to be used by terrorists to threaten the security of other countries.

“They also betrayed the Afghan people and their own stated desire for recognition from and normalization with the international community.

“Effectively ruling out any form of US recognition to the interim Taliban regime in the face of the Taliban’s unwillingness or inability to abide by their commitments.

“The US will continue to support the Afghan people with robust humanitarian assistance and advocate for the protection of their human rights, especially of women and girls.”

“Zawahiri was nowhere near as high profile a target as Bin Laden had been for the US, just as the Al Qaeda of today is a pale shadow of what it was in its heydays, but his killing in Afghanistan is a significant achievement for the US.

“It served to demonstrate Washington’s willingness and ability to continue to prioritize an old enemy, even if that was a mere individual, while simultaneously taking on challenges posed by some of the world’s largest and most powerful countries, Russia and China included.

“Moreover, in addition to eliminating a dangerous terrorist and helping bring some historic closure to the 9/11 attacks, the Zawahiri operation, as Shane Harris wrote in his article in The Washington Post, “also offered a proof of concept for the ‘over the horizon’ strikes Biden has long argued will let the United States stanch the threat of terrorism in Afghanistan without having to station troops there. The drone strike was the first in Afghanistan since US forces left the country a year ago”.

“The Taliban, which found itself in a very tricky and vulnerable position especially given its acute yearning for international recognition, initially sought to suppress the news of Zawahiri’s killing,” it was further reported.