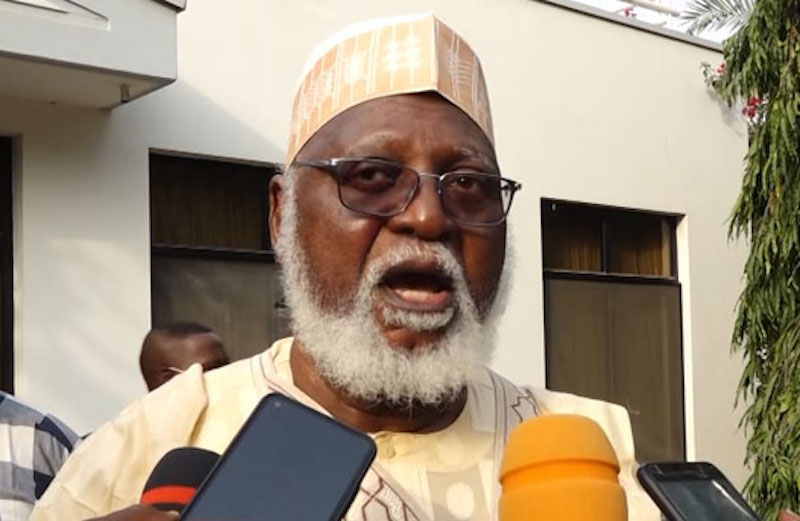 Former Military Head of State General Abdulsalami Abubakar has returned to the country after a medical trip abroad.

Abdulsalami Abubakar returned to Minna the Niger state capital on Sunday afternoon.He was brought in a presidential jet which landed at the Minna airport at about 3.30pm.

His wife and former first lady Justice Fati Lami Abubakar was in the company of General Abubakar and they were received by prominent Nigerians according to a source close to the Minna airport where the jet landed.

From the airport the convoy of the former Head of state drove straight to his uphill residence in Minna the Niger state capital.

At his residence friends and relations as well as some clerics offered prayers for continued  good health of the Former Head of State.

The Secretary to the Niger state Government Alhaji Ibrahim Ahmed Matane reacting to the return of General Abdulsalami Abubakar to the country told THISDAY that : We thank almighty God for the continued good health of the former Head of State we wish him well more life and prosperity”

The SSG noted that when General Abdulsalami was outside the country there were speculations that ” he has suffered this or thar” saying “we are happy that he is back with us in good health”.

Asked if the 80th birthday will now be celebrated, Matane said the event was marked in his absence, adding ” What we may celebrate now is his return to the country”.

General Abubakar traveled out of the country about three months ago to attend to his health.

As a result of the journey, the former Nigerian leader could not celebrate his 80th birthday which friends and relations had planned to make a big affair.

He was also unable to attend the Signing of the Peace Accord by Governorship candidates for the Ekiti and Osun gubernatorial election.

He was represented at the two events by Bishop Hassan Mathew Kukkah the Co Chairman of the National Peace Committee.