Diri: PDP Will Emerge Stronger, Victorious Despite Crisis 3 hours ago 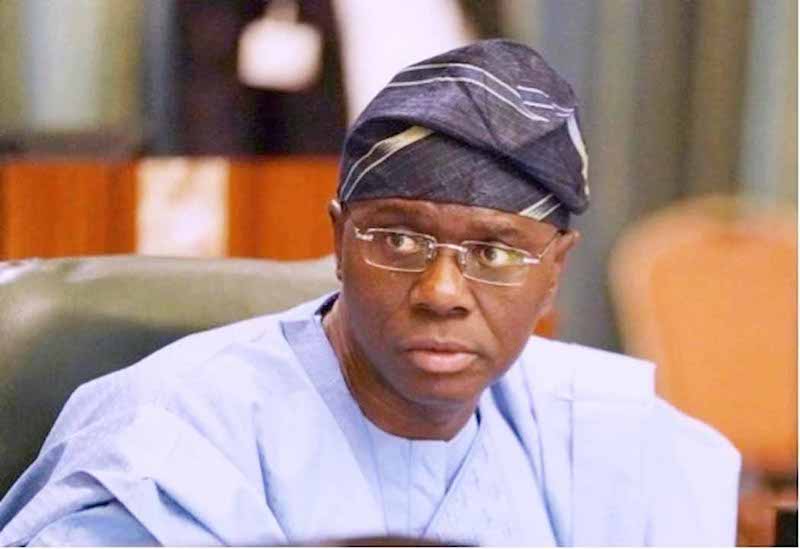 Lagos State Governor, Babajide Sanwo-Olu recently spoke on a television programme about the strides of his administration in the last three years and two months. He also talked about the nationwide security challenges and his proactive measures against infiltration of Lagos State. Excerpts:

I think it would be on a good note to start with security, because I saw that you had a meeting with some of the security chiefs in in Lagos. In addition, you came to assure Lagosians that all is well. What would you say to Lagosians about your proactive measures in stopping the potentials and the capacity of these elements that want to infiltrate the state?

You know, security is also seen as a bedrock of any good governance, because what we preach is that we want to ensure that we save the life of people, properties and life, you know, and this was one of the things that we campaigned on.

However, to answer the question is to look at the security architecture in Lagos, you know, I was opportune to be the first interim chairman of the security trust fund, and I was part of the board for four years, you know, when we set up that in 2008.

Therefore, what you see in Lagos, outside of the regular Lagos State Police Command, you know, is that our government have been able to strengthen, you know, the Rapid Response Squad (RRS). We have about 2500 men that are in the RRS we also have about 500 – 600 men in the task force, apart from the fact that we have access to two three MOPOL formation in Lagos. Lagos also has over 15 Area Commanders about 110, Division of Police Officers (DPO).

Therefore, what it means is that, you know, in that small space of 3,650 square kilometers, you have this whole entire, gamut of security architecture. Therefore, we have three layers of interventions in Lagos; the regular Police in the event of day-to-day issues that everybody wants to relate to.

However, when you have tactical interventions, men of the RRS are usually the ones that you see coming out first. When it has to do with a direct intervention from the Governor’s Office, you can also see the men of the Task Force. In the last three years are three and a half years, We have also been supporting all the security architecture in the state, not only the police, we’ve given them over 260 vehicles in the last two and a half, three years.

We are not waiting for anybody in ensuring that we do what we need to do in Lagos to make sure that they are motivated, with the required equipment to work with, as well as logistics support, and wherewithal and access to me.

Therefore, that is what has helped us to speak to the issues and deal with it in the aspect of architecture. As I said, what we have done is to come out of the regular police architecture to other security agencies in Lagos like NDLEA, Civil Defense Corps, Correctional facilities, Nigerian Immigration Service and the Neighborhood Watch that we also have.

The entire tripod is now activated to see something and say something. This is to ensure that everybody has a responsibility to ensure that whatever is noticed or you observed in our respective neighbourhood is escalated to the appropriate authorities.

Those are some of the things that we agreed to two days ago. We need to share information. It is not about one person presiding on all the information. We are also taking it to the citizens, especially via CDCs and our CDAs, so that we could have access to intelligence.

The #EndSARS violence gave Lagos out on how porous the city could be. When we talk about security’s intelligence, what other digital means are being deployed to secure the city?

For obvious reasons, I will not go into details about this, but we are working with the Department of State Security (DSS), who have the primary role for intelligence. They are the ones that comb the nooks and crannies. I get telephone calls, text messages almost on a daily basis that I share with them. We are deploying a smart city intervention in the state. We are about the only one that is doing it aggressively and to-date we are installing close to 2,000 CCTV cameras all around the city. We are turning some of them into traffic management.

We are just building a new data center for this kind of implementation. However, I cannot begin to give the full details for obvious reasons.  We are going to be making this available to DSS so that they can also review some of these things and can have access too. It is a walk in the park, and it is something that the citizens need to be reassured about.

Is the Command and Control Center at Ikeja still there?

Yes, it is still there.

I have had to report security at some point in Lagos, and I have been taken on a tour of that facility. You can almost see the whole of Lagos on one screen. That was years ago.

I built that facility when I was the chairman of the Lagos State Security Trust Fund (LSSTF). Therefore, I know everything that was put in there. We need to retool a few things, which we are currently doing. Some system needs to be changed, which we have done. We have actually changed the orientation and the location of the place.

However, beyond even all of that, in our ministry, we are building a new data center that will be specifically be for security. It is coming to the system already. We have shipments of about over 21 containers that have arrived about two months ago. All those deployments are happening gradually, and we have spent a lot of money. We are not just waiting for anybody to help us.

Is this from security vote or the budget?

It is from the budget. It is a two-layer because we can also deploy the infrastructure for other things. Technology for example, using it in school. Once a fibre is there what carries it can be not only for security, it can be used in hospitals, can be used in schools can be used to ensure that government services are running.

Now, you did a ban on Okada, and security is one of the reasons. Are you sticking to that, stretching or extending it further? Do you see any more danger in the usage of Okada in Lagos?

The only land border I have is with Ogun State. The other one that I have is the Atlantic Ocean. We have a joint Commission where we do things around fiscal planning approval, transportation approval, and security issues. However, to speak directly to the Okada thing; we have seen tremendous improvement in the areas in which it has been banned.

In fact, people have written to me to commend me. Not only are we seeing a drop-in issues around security and traffic robberies etc. We do not see people being maimed, cutting of limbs in hospitals again, because these were reckless driving that usually terminates people’s lives unexpectedly. Therefore, we have seen tremendous improvements in that area.

Do you have the statistics to support that?

In terms of rate of mortality in the last two months, at the peak of it, we were seeing about 550 Okada related accidents in January-February per month. Now, it has come down to 100 direct accidents that we have seen from our hospitals.

It has significantly gone down. One thing we have told the RRS is that we need to have a lot of pin down positions, because it is easy to maneuver and do all sorts with Okada. Therefore, they do a lot of pin down and pedestrian monitoring, they just need to park and walk around.

You have been criticized as perhaps the only governor in the whole of the southwest region to downplay the role of Amotekun security network, which some have said that have worked very well in other parts of the region. The reason, according to speculation, is because of politics. Would you be considering activating the security outfits?

It is a great initiative. It is a great idea and I was part of it. I gave them, even the template, in terms of the Law. We have the Lagos State Neighborhood Watch. These almost 7000 men have been trained and energized. They are working on a day-to-day basis in the state.

It is not about the color of the uniform. It is about efficiency and effective security thing. We believe that almost 7,000 of them are working closely with the Nigerian Police Force.

I get important information on a weekly basis in almost all nooks and crannies. You know, they escalate these things to the Nigerian Police. And that’s one of the things that has helped us to be able to directly intervene and meet some of the things that you probably also would not have been aware of because I get the report on a daily basis.

Now, it’s interesting that you have clarified that, because a lot of people will say oh, I mean, he’s basically talking politics.

They are like my brothers and we both conceived it and as I said, we thought of it as a boundary intervention. That you know, the issue there was something happen in Ekiti, you run into Ondo. We said okay, let us set up something where you can police the border patrols. We are not throwing away the Police. In fact, I am borderless with Ogun. We are closer to Kara and Mowe than Abeokuta. We do the interventions actually. The last time we had a broken-down truck, it was handled by our own LASEMA. Just this morning, at 4:35, in Sango Ota there was a massive 40 feet truck that slipped off. It was LASEMA that sorted that.

How do you detect if there is an infiltrator that is coming into Lagos, for example. There was a time that we were alerted that there is a truckload of possible infiltrator?

One of the things that we did at the last security meeting is that we have actually pushed a physical stop and search into Ogun State because there is no place on the express route where they can do anything.