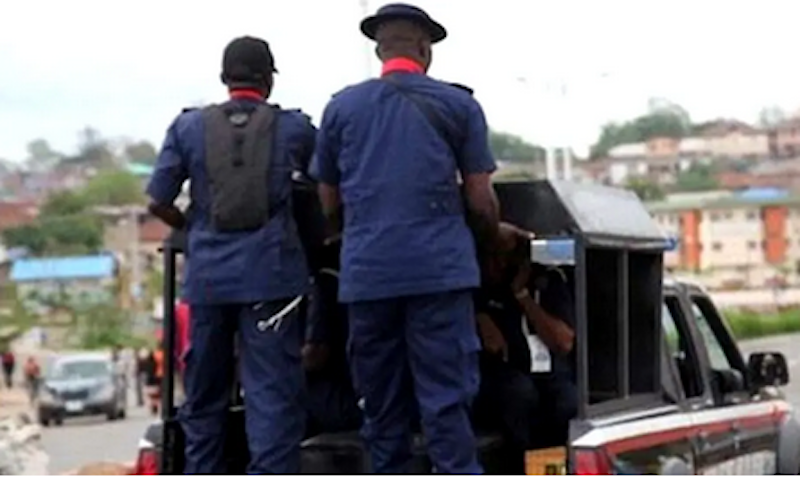 Addressing newsmen at the command headquarters at the Federal Secretariat,  Sokoto Friday, the state commandant, Muhammad Dada, while parading the bandits, said the two bandits — Alhaji Koire and Alhaji Buba — have about 300 men in their camp.

Muhammad further disclosed that the duo and their men have been terrorizing communities in Silame, Binji, Gudu, Tureta and Dange/Shuni Local Government Areas of the state.

He explained that the duo also operated in Niger Republic and Nigeria, adding that Koire had escaped from prison custody several times using diabolical means.

Muhammad stated that when the NSCDC state command received a tip-off about their whereabouts in Silame Local Government, he personally led his men and after searching for them for two days in the bush, the NSCDC personnel were able to apprehend the bandits.

He said after their arrests, their gangs attempted to induce the NSCDC personnel with N10 million to secure their release.

One of the arrested bandits, Buba, while speaking to journalists, said he was involved in a kidnapping at Dabegi in Dange/Shuni Local Government Area of the state where they collected N4 million as ransom.

He also confessed that he participated in another abduction at Kudula in Gudu Local Government, which fetched his group N1 million as ransom.

He stated that they have a leader in Niger Republic called Danbuzu who supplied them AK-47 riffles and other ammunition, adding that Danbuzu also provided other logistics for them during their operations.