ExxonMobil-Seplat Deal: When a Regulator Misinterprets the Law 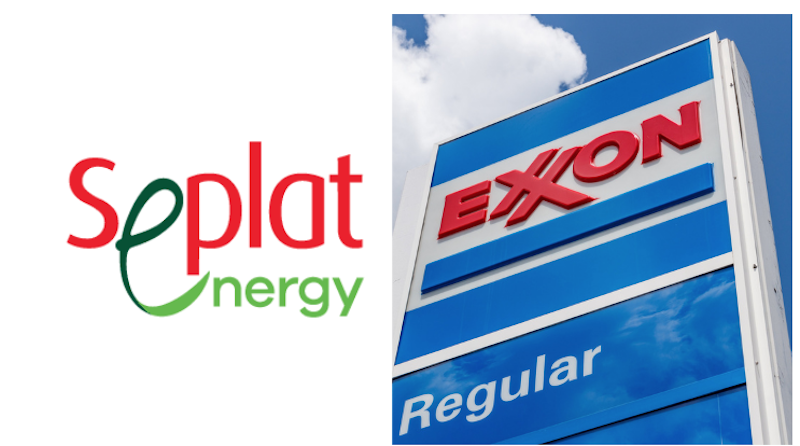 To say that the mixed news coming from the federal government of Nigeria over President Muhammadu Buhari’s consent to the acquisition of the entire ExxonMobil, Delaware, USA’s shares in Mobil Producing Nigeria Unlimited (MPNU) by Seplat Energy Offshores Limited, a wholly-owned subsidiary of Seplat Energy Plc., is a serious cause for worry for the global business community is to state obvious.

Nigeria is probably the only country in the world that could allow this game by the Nigerian National Petroleum Corporation Plc. (NNPC) and the Nigerian Upstream Petroleum Regulatory Commission (NUPRC) over a $1.3 billion transaction, which also includes up to $300 million contingent consideration.

A statement by Special Adviser to the President on Media and Publicity, Mr. Femi Adeshina, said the approval was predicated on the deal’s extensive benefits to the Nigerian energy sector.

It read: “In his capacity as Minister of Petroleum Resources, and in consonance with the country’s drive for Foreign Direct Investment in the energy sector, President Muhammadu Buhari has consented to the acquisition of Exxon Mobil shares in the United States of America by Seplat Energy Offshore Limited.

“Considering the extensive benefits of the transaction to the Nigerian Energy sector and the larger economy, President Buhari has given Ministerial Consent to the deal. The President, in commitment to investment drive in light of the Petroleum Industry Act, granted consent to the Share Sales Agreement, as requested by the parties to the transaction, and directed that the approval be conveyed to all the parties involved.

“ExxonMobil/Seplat are expected to carry out operatorship of all the oil mining licenses in the related shallow water assets towards production optimisation to support Nigeria’s OPEC quota in the short term as well as ensure accelerated development and monetisation of the gas resources in the assets for the Nigerian economy.

“President Buhari also directed that all environmental and abandonment liabilities be adequately mitigated by ExxonMobil and Seplat”.

Surprisingly, hardly had the President’s ink dried than the NUPRC openly countermand his assent in a bizarre move that has discomfited global business community and set tongues wagging.

In insisting that the earlier veto by the NNPC remained, Buhari’s consent notwithstanding, NUPRC Chief Executive, Gbenga Komolafe, cited provisions of the Petroleum Industry Act (PIA) 2021, which he claomed, conferred on the Commission powers of sole regulator of the upstream subsector.

“As it were, the issue at stake is purely a regulatory matter and the Commission had earlier communicated the decline of Ministerial assent to ExxonMobil in this regard. As such, the Commission further affirms that the status quo remains. The Commission is committed to ensuring predictable and conducive regulatory environment at all times in the Nigerian upstream sector.

“Let me just put it simply, as a Commission, we work strictly in line with the position of the law, and basically we don’t react on the basis of news making the rounds, but we work strictly in line with the law. And by virtue of the provisions of the petroleum industry act, under section 95, subsection 10, 14 and 15, the commission’s powers in these regards are clearly stated.

“So, regarding the issue, my clarification will just be an affirmation that the position of the Commission stands in respect of the decline of the assets (sale), without prejudice to any other position.

“So, the position of the Commission as the authority involved in the regulation of the upstream, which had earlier been communicated to Mobil, stands. As far as the commission is concerned, nothing has changed. The status quo remains as far as we are concerned,” he insisted.

But NUPRC referencing to Section 95 of the PIA as guiding ministerial consent is wrong because the PIA does not apply to the MPNU assets, which are OML assets. OMLs are still guided by the Petroleum Act (PA), and the MPNU’s OML assets are yet to be converted to PIA regime and Buhari exercised the powers of the Minister under the PA. Section 303 (1) of the PIA unambiguously provides that the PIA does not apply to unconverted OPLs and OMLs until the OPLs and OMLs come up for renewal.

Even at that, whereas Section 95 (15) of the PIA 2021, which NUPRC gleefully quotes provides that “A holder of a petroleum exploration licence shall not assign, novate or transfer his licence or any right, power or interest without prior written consent of the commission”, Section 95 (8) expressly provides that “Where the consent of the minister is granted in respect of the application for a transfer, the Commission shall promptly record the transfer in the appropriate register.”

So, industry stakeholders are understandably at a loss as to where NUPRC derives its powers to override the Minister’s consent.

Obviously NUPRC is acting NNPC’s scripts. It is recalled that the NNPC had in a May 2022 letter to ExxonMobil by its Group Managing Director, Mele Kyari, said the transaction could not be consummated as it wanted to exercise its right of first refusal in the June 28, 1990 Joint Operating Agreement (JOA) with ExxonMobil.

To make good its threat, the NNPC in July dragged ExxonMobil to a Federal high Court in Abuja, asking the Court to order that a dispute had occurred between the parties over pre-emption rights, or to order them to take the matter to arbitration, quoting a statement from Seplat. It obtained an order of interim injunction baring ExxonMobil “from completing any divestment”.

However, a cursory look at the JOA in question shows that right of first refusal applied only to divestment of Participating Interest, not in a case where a company wants to sale its shares to a third party.

Article 19.4 of the JOA provides: “Subject to sub-clauses 19.1 and 19.2, if any Party has received an offer from a third Party, which it desires to accept, for the assignment or transfer of its participating hereunder (the “Transferring Party”), it shall give the other Party prior right and option in writing to purchase such Participating Interest as provided in sub-clauses 19. 4.1 to 19 .4.2”.

Sub-clause 19. 4.1 states: “The Transferring Party shall first give notices to the other Party, specifying therein the name and address of the aforementioned third Party and the terms and conditions (including monetary and other consideration) of the proposed assignment and transfer”.

Also, sub-clause 19 .4.2 provides: “Upon receipt of the notice referred to in Sub-clause 19. 2.1, the other Party may within thirty (30) days thereafter, request in writing the assignment and transfer of such Participating Interests to it, in which event the assignment or transfer shall be made to it on the same or equivalent terms”.

However, the JOA, in Article 1 (24), defines Participating Interest as “the undivided percentage interest from time to time held by the parties in the concession (s), the joint property and rights and obligations under this agreement…”

The question is: did NUPRC or NNPC make any efforts to ascertain from the Presidency the reasons Buhari overruled them on the matter? This becomes pertinent as findings show that the Attorney General of the Federal and the Legal Department of the Ministry of Petroleum Resources (NUPRC’s and NNPC’s supervising ministry) were of the view that the transaction followed the law and consequently advised the President to consent to the deal, as manifestly, MPNU’s Participating Interest in the respective OMLs and the JOA were not offered for sale. The deal was for the acquisition of shares owned by third parties that are shareholders in MPNU.

It is either the NNPC and NUPRC do not understand the law or they are being mischievous with the law, for It is a given in law that the shareholders of a company are distinct from the company, just as the company is a distinct or separate person in the eyes of the law?

Meanwhile, precedence and propriety do not support the NNPC and NUPRC’s position and actions. They are also worried about its grave implications to Nigeria’s already gloomy investment environment.

On Tuesday, an oil and gas industry analyst and publisher of Africa Oil and Gas Report, Toyin Akinosho, decried the impropriety of NUPRC’s public spat with the Presidency, saying it was needless, spoke of poor organisation, and was definitely sending wrong signals to the investment world.

“ExxonMobil is not selling its segment in the OMLs. They are basically selling MPNU the way Ashaland sold Ashland, the way ConocoPhillips sold its entire shares to Oando, the same way Eland Oil and Gas sold to Seplat and this same government approved it.

“As far as I know, the President Buhari has signed off on ExxonMobil-Seplat transaction, the Attorney General has signed off on it. So, when NUPRC says it is not in compliance with Nigerian laws, I really don’t understand where that is coming from”, he stated.

In May, an Energy Law expert, Bloomfield, Ayodele Oni, warned that truncating the ExxonMobil-Seplat deal could cause the likes of TotalEnergies looking to also divest some of its assets to be discouraged from going into negotiations.

Likewise, the Group Chairman/CEO at International Energy Services Limited, Dr. Diran Fawibe, had warned that, “the cancellation will give the wrong signal to the international community”.

Chasing rats while the house burns

As the controversy rages, Nigerians on social media have wondered why NUPRC and NNPC fiddles when the industry is going south under their watch. Oil theft has worsened to 400,000 barrels per day. Fuel consumption per day has spiked from about 30 million litres per day in 2015 to a bogus 100 million litres amid long cues and sometimes adulterated supplies. Resource-gobbling subsidy has virtually rendered Nigeria bankrupt. NNPC’s has been unable to remit a dime to the Federation Account for months. Yet both NNPC and NUPRC have been so preoccupied with scuttling a deal they should actually promote and find it difficult to encourage prolific indigenous oil and gas firms to boast Nigeria’s sagging production.

It is high time Mr. President calls them to order and salvage the ExxonMobil-Seplat transaction to save the nation further pains, embarrassments and loss of investors’ confidence.

“But NUPRC referencing to Section 95 of the PIA as guiding ministerial consent is wrong because the PIA does not apply to the MPNU assets, which are OML assets. OMLs are still guided by the Petroleum Act (PA), and the MPNU’s OML assets are yet to be converted to PIA regime and Buhari exercised the powers of the Minister under the PA. Section 303 (1) of the PIA unambiguously provides that the PIA does not apply to unconverted OPLs and OMLs until the OPLs and OMLs come up for renewal.”