Buhari: Nigerians Owe Our Military Debt of Gratitude as Remaining 23 Train  Victims Are Freed 9 hours ago

Oshiomhole: I Can’t Speak on Tinubu’s Health Because I’m Not a Nurse or Doctor 13 hours ago 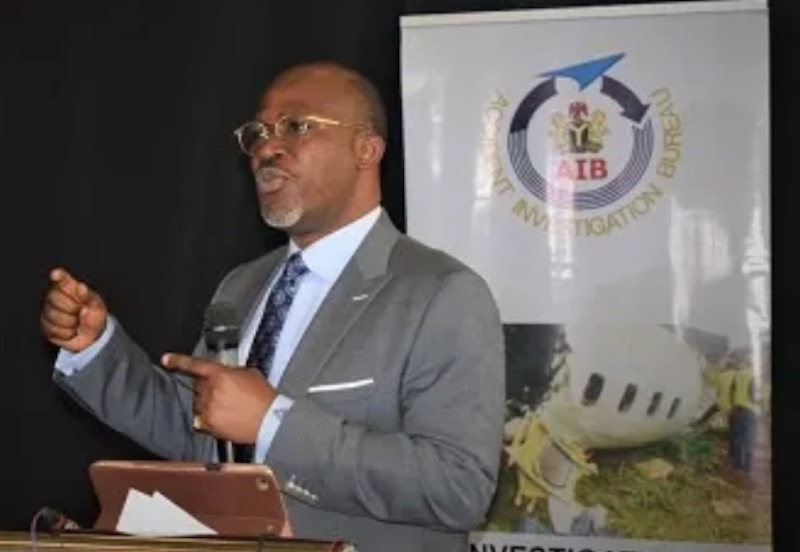 The Commissioner, Accident Investigation Bureau Nigeria (AIB-N), Mr. Akin Olateru, has said Nigeria had the best aviation safety record in the world in the last six years because the agency and the Nigerian Civil Aviation Authority (NCAA) had been very efficient.

Olateru made this known in an interview during the 26 annual League of Airport and Aviation Correspondents (LAAC) held in Lagos recently.

He said the country lost three lives to helicopter accident in the last six years.

“I don’t know how many countries in the world that can boast of such a record. How did that happen? It is not by luck or accident. It is because the Nigerian Civil Aviation Authority (NCAA) is doing their job and the Accident Investigation Bureau doing their job, investigating incidents and issuing the right safety recommendations to prevent recurrence and at the end of the day, it is about everyone doing what they are supposed to do,” he said.

The commissioner further disclosed that the agency was investigating some serious aircraft incidents, which he said would be released soon, adding that domestic carriers were safe despite the challenges of getting aviation fuel and foreign exchange.