NNPC: How Illegal Connecting Line from Export Terminal into High Sea Was Discovered After Nine Years 24 mins ago 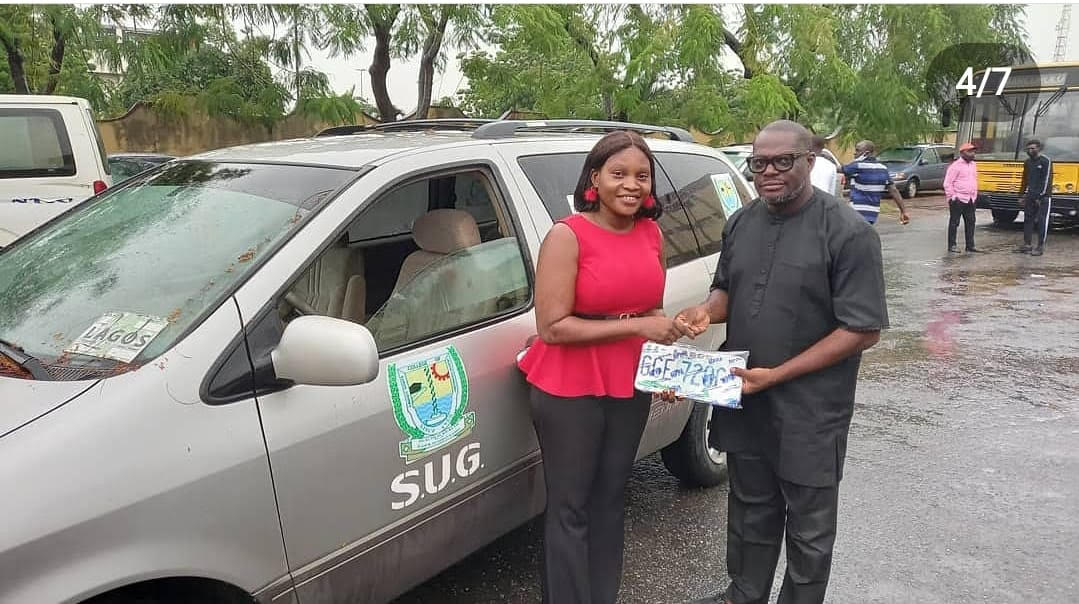 There was pain, sadness and mourning on Friday,​ July 29,​ 2022 when the demise of the Senior Special Assistant on Tertiary Education, Youth and Students Affairs, to the Governor of Lagos State, Mr. Omotayo Olalekan Sanyaolu, was announced. Shock greeted the faces of many; the state government and tertiary institutions in Lagos, were thrown into uncontrollable mourning. Many wondered why Sanyaolu’s death should happen at such a time when his services were needed most.

​ He was a young man, who had influenced the youths and students in the state’s tertiary institutions greatly. His death reminded everyone of the brevity of life.
That fateful Friday, news filtered in that Sanyaolu, the promising young man and Senior Special Assistant to Governor Sanwo-Olu on Tertiary Education , Youth and Students Affairs , who still has lots to offer the youths in terms of mentorship, among others, had died in a lone ghastly motor accident.

​ It was a bitter pill to swallow. Governor Babajide Sanwo-Olu was shocked. His death became so painful because of his impact and the achievement he had recorded within a short period. The Special Adviser to the Governor on Education, Mr. Tokunbo Wahab was also shocked, he could not believe that Sanyaolu had gone home, he knew that his role was impactful in the lives of youths and students of the State owned institutions.

Sanyaolu was prominently remembered when he risked his life last year, in the midst of COVID-19, to lead Lagos State Government’s delegation to evacuate a three-week-old baby, Daniella and 64 undergraduate students who are origin and residents of Lagos State from the University of Jos (UNIJOS) during the attack and killings in Plateau State. He demonstrated good leadership, fearlessness, selflessness and kindness to have submitted himself to travelling with those stranded UNIJOS students by road from Abuja to Lagos without being mindful of risk to his life considering the present security challenges in the country.

By his dint of hard work, there has been harmony and a peaceful atmosphere in Lagos’ tertiary institutions in the last three years. The usual protests by students in Lagos State vanished, and he ensured that bursaries were paid to students of Lagos indigenes on time anywhere they were schooling in the country.

​ He facilitated the purchase of brand new space buses for all Students Union Governments ( SUG) of the state-owned institutions by the Sanwo-Olu administration, which has helped to foster good relations between the students and the state government. He also used his office to tame and reduce cultism and drug abuse in schools through various public enlightenment and sensitisation programmes on the danger of cultism and drug abuse to students.

Sanyaolu ensured that in the T.H.E.M.ES agenda of the administration, youths were placed at the centre of every development initiative of the state government. This was achieved because of his good leadership and presentation of acceptable and intelligent blueprint to the state government on how to address youths’ restiveness.

Sanyaolu actively participated in the implementation of Jobs Initiative Lagos ( JIL) project of Sanwo-olu administration for the penultimate and final year students of the state owned tertiary institutions aimed at empowering one million students in digital skills .

​ He organised regular public enlightenment campaigns across all campuses on the importance of Jobs Initiatives (JIL) and the need for the students to partake in the programme so as to prepare them ahead of future challenges and to update their knowledge and give them relevant skills that would make them employable to meet the 21st-century job requirements.

Such was his passion for ensuring that students in tertiary institutions were well grounded to meet the current job reality in Nigeria.

Preparatory to the 2023 elections, Sanyaolu took PVCs registration and collection campaigns to the Lagos State University (LASU), Lagos State University of Education (LASUED) and other state institutions and ensured that INEC took registration centers to Lagos-owned institutions to make it easy for students to register for PVCs . The aim was to give them the opportunity to participate in the electoral process. Sanyaolu had said then that the sensitisation programme was one of Sanwo-Olu administration’s efforts at carrying the youths along in crucial matters that had a direct effect on their developments. He had urged the students to make effective use of the exercise to register and obtain their PVCs, and that they should be reminded that with their PVCs, they had been given the power to decide who should be their leaders across the country. Sanyaolu was also the All Progressives Congress (APC) youth leader for Lagos state in the last 8 years and he facilitated a lot of youth development programmes. No wonder tributes and encomiums poured in torrent at his demise. He was a good young man who achieved lots within the brevity of his life. At just 45 years, he impacted the lives of several​ thousands of youths and students of Lagos state.

Governor Sanwo-Olu led the tributes and encomium. He described the death of Sanyaolu as a personal loss to him and the Lagos State Government, as well as the deceased family, friends, Lagos APC and the government within the state.

According to him, “the death of a loved one is usually painful as it is irreparable, but we must thank God that Omotayo Sanyaolu made a positive impact during his short, but eventful life. He served our party, APC passionately and meritoriously as a youth leader and contributed to its victory in many elections. Tayo, as my Special Assistant on Tertiary Education, Youth and Student Affairs was very instrumental to the greater Lagos agenda. He contributed positively to issues affecting the youths and students in the state.

​ “I sympathise with his widow, children, siblings, friends and the entire family as well as Lagos State and the APC family. I pray that God will grant the late Omotayo Sanyaolu eternal rest and grant the family the fortitude to bear the irreparable loss. We will miss Tayo.”

A heart-broken Special Adviser to Sanwo-Olu on Education, Tokunbo Wahab, who is the deceased direct boss in OSAE penned golden words for Sanyaolu, saying: “Tayo, it is still like a dream to me that you are gone and gone forever. I still find it extremely difficult to believe that you have left us when we need you most. Your contributions to the ‘Greater Lagos’ project through various youth development programmes that you initiated would forever keep your memory alive.
​ “Your selflessness, hard work, dedication and contributions to the success of this administration’s T.H.E.M.E.S development agenda especially, on youth development, sustainable educational growth, peace and harmony on campuses of the State-owned tertiary institutions within that short period gave us assurances that the future of the country is still very bright in spite of the present challenges.”

“Though, this is a trying period for me and all members of the Office of Special Adviser on Education (OSAE) team, we are however consoled that you really made a positive impact during your short but highly eventful lifetime. I assure you that we in OSAE will uphold all your good legacies and we will ensure that you did not labour in vain,” he added.

The Lagos Head of Service, Hakeem Muri- Okunola who led top government officials to pay condolence visit to the family of the deceased Senior Special Assistant, described his death as a colossal loss both to his family and the state government.

He said, ‘’Tayo , you left us too soon, you will be greatly missed as this was not the plan. On behalf of the Governor, the Executive Council of Lagos State and a very grateful public service, we thank you for a very fulfilling life and journey in public service. You are irreplaceable and your steps are indelible in the sands of time in Lagos State.

The Permanent Secretary, OSAE, Adeniran Kasali lamented: “Alas! The Sun has gone to rest. Mr Omotayo Olalekan Sanyaolu has gone to meet his creator. Members of the OSAE family bid you farewell, Omotayo Olalekan Sanyaolu. Sometimes, it is not how long that really matters, but how well. You lived a very short, but memorable and highly impactful life. Your leadership quality and grassroots mobilisation skills are legendary. You were a role model to our youths and the best of mankind.

“We will all miss your organisational skills and uncommon native intelligence that you were endowed with. Your contributions to various reforms that gave birth to the new OSAE will linger forever in our collective memories.”

OSAE Director of Monitoring and Inspection, Funmilola Olajide, eulogised Sanyaolu, saying he was instrumental to various programmes, innovations and ideas that students came up with to foster harmony and peaceful relations among students across campuses.

​ ‘’ You coordinated students across the Western region of the country to successfully organise the Western Students Association Summit , which involved all tertiary Institutions from the South-Western Region of Nigeria, hosted by Lagos State with over 60 students in attendance.’’

Like Horatius Bonar’s popular Christian hymn, “Only Remembered,” Sanyaolu will ever be remembered for what he had done while alive and his impact on the youth population and students of the state’s tertiary institution. Adieu.

Oyelami is of the Public Afffairs Unit, Office of the Special Adviser on Education