Court Strikes out Suit against Olisa Metuh 2 hours ago 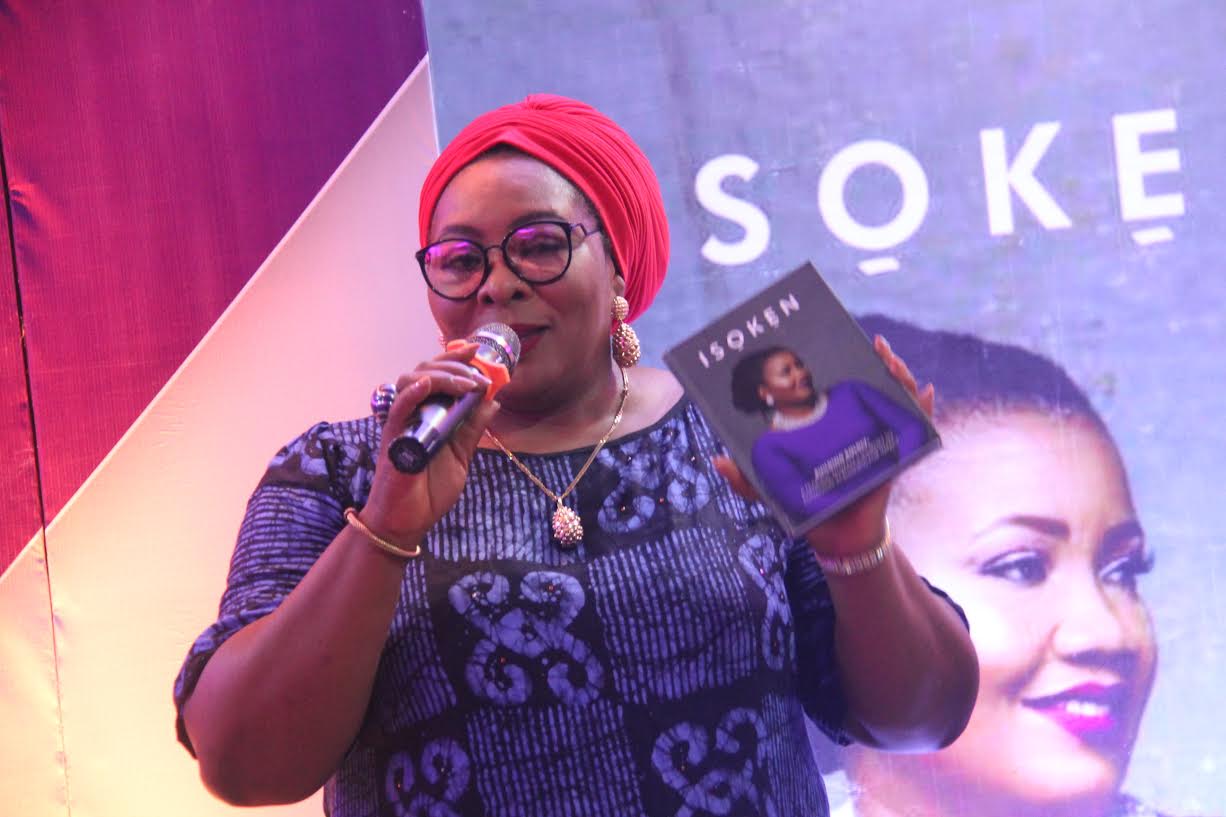 The soft launch of the book was held on July 28, 2022, in a glittering ceremony at the Grooming Centre Multi-purpose Hall in Ejigbo, Lagos.

Surrounded by her husband, Dr. Godwin Nwabunka, and her children, the event was anchored by veteran Nollywood actress Gloria Young. The event featured friends, relatives, and members of the Governing Council of the Grooming Centre, business partners, staff and well-wishers, among others.

In Isọkẹn, Mrs. Nwabunka tells the riveting and inspirational story of her humble beginning of hawking different wares in Benin City and then Lagos as a teenager, despite being the daughter of a medical doctor father, Dr. Efemwenkeankean Yellow Igbinigie and a thriving businesswoman mother, Enegbegbana Stella Igbinigie.

In simple prose, it highlights and celebrates her resilience, determination, and courage from when she lost her father at a tender age, caring for her mother who lost her sight to glaucoma and braving the odds to relocate to Lagos right after secondary school with just her secondary school certificate in tow.

The 132-page book is divided into nine chapters: Enegbegbana Stella Igbinigie, Hunting in Lagos, Family is everything, Back to school, Building boldly: Mum, businesswoman and student, Gold in unusual places, The journey to Grooming Centre, Reaching out to women, and Life is worth the challenge.

The reader is thrilled with Mrs. Nwabunka’s memoirs of challenges and triumphs in Nigeria’s biggest city. It chronicles her journey from selling stationery and printing supplies, vending fire extinguishers, setting up a fashion business, running a beauty and wellness salon, and –incredibly –selling motor spare parts! They also capture the journey from her formative years to meeting the love of her life and future husband, Dr. Godwin Nwabunka, becoming a wife, mother and leader at Grooming Centre.

In the words of Vivien Shobo, who wrote the foreword, Isọkẹn is a true story of “a fearless woman’s journey to engaging in business for impact.”

For ace broadcaster Soni Irabor, ” Isọkẹn is a story like no other…a story of survival that takes you through the stark realities of a young woman’s journey, instilling in her a remarkable sense of industry, independence and self-reliance, that was to pay off later in life… told in a simple straightforward manner, with a bare it-all simplicity that holds the reader spellbound in a compelling flow…”

Dr. Myles Nwabunka, daughter of the writer who is also a Law lecturer at the University of Salford in Manchester, described Isọkẹn as “A book for everyone – whether at the start, mid or peak of your career – who desires growth, success, entrepreneurship and understanding and harnessing your strengths. I’m sure you’ve had that feeling where someone shares a thought or sings a song about something, and you think, ‘that’s exactly how I’ve felt. There were many such moments as I read the book by my mother – Mrs Isoken Nwabunka.”

In his welcome address, Nkanu Egbe, publisher/editor of the Lagos Metropolitan newspaper and CEO, Henkmedia Connect, communication consultant to the Isọkẹn project, said the book was “a product of faith – the faith of a mother because her mother believed in her; hope and faith of her husband, Dr Godwin Nwabunka, because he believed in her; and faith that has followed all the people that she has worked with and has made it possible that we have a Grooming Centre that we have today. It is because of this faith and this hope that she has, leading to a great future that she has been able to pen down this 132-page book, Isọkẹn.”

A pioneer Grooming Centre staff, Laura Jonah-Omachefu, gave personal highlights of her relationship with Mrs. Nwabunka, describing her as warm and accommodating.

“She opened her door, so open that we could even eat with her. She never thought of ‘oh these are my workers’. She gives you that same platform as if she’s talking to her own–maybe siblings or her own children, that, I was like ‘wow, can this really be a boss?’” Jonah-Omachefu said.

“I’m so filled with gratitude. This was supposed to be a small family launch because the main one is going to come,” he said.

“We’ve come a long way you know, and this young beautiful lady has made all of us so proud,” he added, referring to his wife.

“You know, overcoming all kinds of odds to become a great manager. I am so proud of the work she has done. I’ve been trying to do my memoirs, myself, for a long time and haven’t managed to get it out. Well, I’m highly motivated by what you do with this. The journey has just begun.”

For the author, the book was entirely a work of facts. “There is no fiction,” she said.

Mrs. Nwabunka expressed hope that Isọkẹn would inspire readers not to give up on life, no matter the challenges.

She said it teaches people “how to take things step-by-step and no matter what happens, even if you fail once you get up and you stand again.”

The author was confident that the book would impact lives, adding that it would be useful in schools.

“This book is very good and can be used as a textbook in schools. It can be used to teach growing children that getting rich quick is not the ultimate. You have to set a goal, work for your goal, and you will get to where you want to be and get whatever it is you want to get in life. Sometimes you get more than what you think you can get,” Mrs. Nwabunka added.

Isoken Patricia Nwabunka together with her husband, Dr.Godwin Nwabunka, 2006, founded Grooming Centre, a microfinance non-governmental organisation with operations across Nigeria, where she currently sits as Executive Director. Her life journey has been an exemplary story of wisdom, courage, and faith to reach her highest potential against all odds.

As an astute manager of people, she and her husband have grown Grooming Centre from one branch to a network of over 600 branches in 15 years, serving millions of clients since inception. Her pedigree, with a master’s degree in International Relations from the Lagos State University and certifications from the Lagos Business School and the Boulder Institute among others, has enabled her to consistently apply global best practices for the achievement of remarkable results.