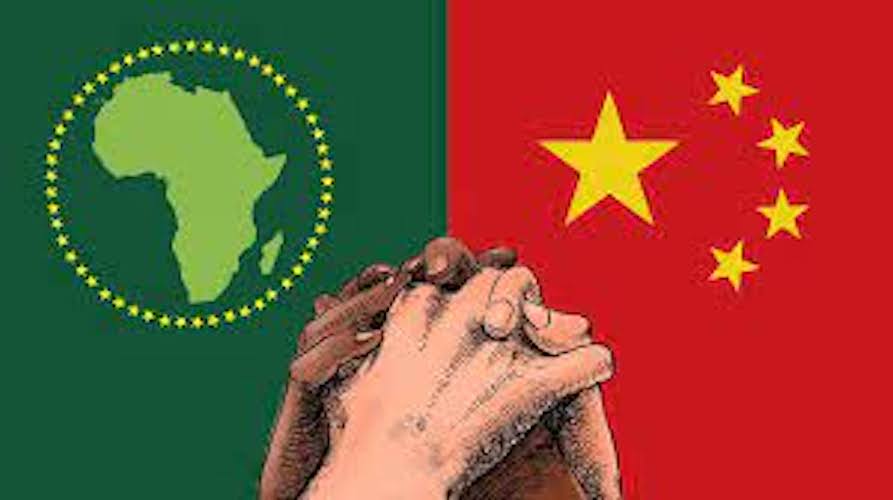 CUI JIANCHUN, the Chinese ambassador to Nigeria reflects on the relationship between his country and our continent

At the Eighth Ministerial Conference of the FOCAC last year, President Xi Jinping summed up the spirit of China-Africa friendship and cooperation. In the past few decades, we have upheld this spirit and achieved a large number of remarkable and tangible outcomes in China-Africa development cooperation, benefiting the well-being of people. This year is the first for the implementation of the outcomes of the FOCAC meetings. China and Africa have stepped up efforts to implement the outcomes of the meetings despite the negative impact of the external economic situation and the pandemic.

Infrastructure is one of the bottlenecks in Africa’s development. China has been doing its utmost to work with African countries to improve local infrastructure and contribute to Africa’s self-driven sustainable development. Since the establishment of the FOCAC, Chinese companies have built over 10,000 kilometers of railway, up to 100,000 kilometers of roads, nearly 1,000 bridges and almost 100 ports in Africa, and many hospitals and schools as well. Some forces have been denigrating China-Africa cooperation and peddling what they call “quality infrastructure”. What counts as quality infrastructure? Who is truly committed to the well-being of African people? The people of Africa know better than anyone else. China always sees Africa as a continent with great potential for international cooperation. All countries should respect Africa’s sovereignty and listen to Africa’s voice, and on that basis, use their respective strengths to deliver tangible benefits to the African people, instead of just selling empty checks.

According to data from the World Bank, of the $696 billion external debt of 49 African governments, about three quarters is owed to multilateral institutions and non-Chinese private creditors. Debt Justice found that for the 24 African countries with the highest debt burdens, the median share of their external debt payments from 2022 to 2028 to non-Chinese private creditors and multilateral creditors is projected to be 32% and 35% respectively. The average interest rate on loans from Western private lenders is almost twice that of Chinese lenders.

These facts and data show that the so-called “Chinese debt trap” is pure disinformation and a narrative trap created by those who do not hope to see China-Africa cooperation pick up speed. As Debt Justice’s head of policy said, “Western leaders blame China for debt crises in Africa, but this is a distraction. The truth is their own banks, asset managers and oil traders are far more responsible”.

We call on developed countries, their private lenders and multilateral financial institutions to take more robust actions to give developing countries funding support and relieve their debt burden, so that the world economy will achieve inclusive and sustainable development. But first thing first, some developed countries must stop slandering China-Africa cooperation.

China continues to make tremendous progress in the field of human rights. According to figures available, between 1990 and the end of 2016, there were several thousand incidents of violent and terrorist attacks in Xinjiang, killing large numbers of innocent people and hundreds of police officers, and causing immeasurable property damage. In response to such real threats, Xinjiang has acted resolutely to fight terrorism and extremism in accordance with law. At the same time, a series of supporting measures have been taken, like improving people’s livelihoods, raising public awareness about law, and offering help through vocational education and training centers. The trend of frequent terrorist activities has thus been effectively curbed. There has been no violent act of terrorism in Xinjiang for five consecutive years and more. The safety and security of people of all ethnic groups have been effectively protected.

I am aware that some Nigerians have frequently asked questions about Taiwan. The answer is simple: There is only one China in the world. The government of the People’s Republic of China is the sole legal government representing the whole of China. Taiwan is an inalienable part of China’s territory. The Taiwan region’s participation in the activities of international organizations, must be handled in accordance with the one-China principle. Since the Democratic Progressive Party (DPP) came to power, it has placed its political agenda over the well-being of the people in the Taiwan region, obstinately adhered to the separatist position of “Taiwan independence” and refused to admit the 1992 Consensus embodying the one-China principle. The DPP authorities should know that the attempt to seek the independence of Taiwan by taking advantage of the pandemic will lead nowhere.

The position of the Chinese Government and people on the Taiwan question have been consistent. To resolutely safeguard the sovereignty and territorial integrity of the country represents the unbending will of the more than 1.4 billion Chinese people. To realize the complete reunification of the motherland is the common aspiration and sacred obligation of all Chinese people.

Meanwhile, China and Nigeria are partners worthy of mutual dependence. Chinese always stress the need for their country and Nigeria to harness all friendly activities, to deepen diplomatic relations between the two countries. China and Nigeria must enhance our relations by political, commercial, cultural activities. China and Nigeria maintain constructive political relations, promoting the development of China-Nigeria strategic partnership. The two countries are strengthening an intergovernmental committee led by the foreign ministers of the two countries. This committee will coordinate the promotion of mutually beneficial cooperation between the two countries in various fields: to promote China’s new development pattern and Nigeria’s new national development plan; to be more closely integrated and deepened; to jointly build the “Belt and Road” cooperation; to vigorously promote the construction of key projects to help the development of Nigeria’s industrialization; to continue to expand the space for cooperation to create new highlights of the digital economy and green economy; to carry out in-depth military security cooperation to improve Nigeria’s ability to maintain national security; to collaborate on regional affairs, practice the concept of multilateralism, and safeguard the common interests of developing countries.

Nigeria is Africa’s largest economy and most populous country with significant international and regional influence. China is the largest developing country, and it is in the common interests of the two countries and the two peoples to strengthen practical cooperation in various fields. The cooperation between China and Nigeria will surely push forward the development of China-Nigeria strategic partnership and inject new impetus into deepening China-Africa friendly cooperation.

CUI, the Chinese ambassador to Nigeria writes from Abuja