One Year After, Family, Friends Pay Tribute to Late Okunbo 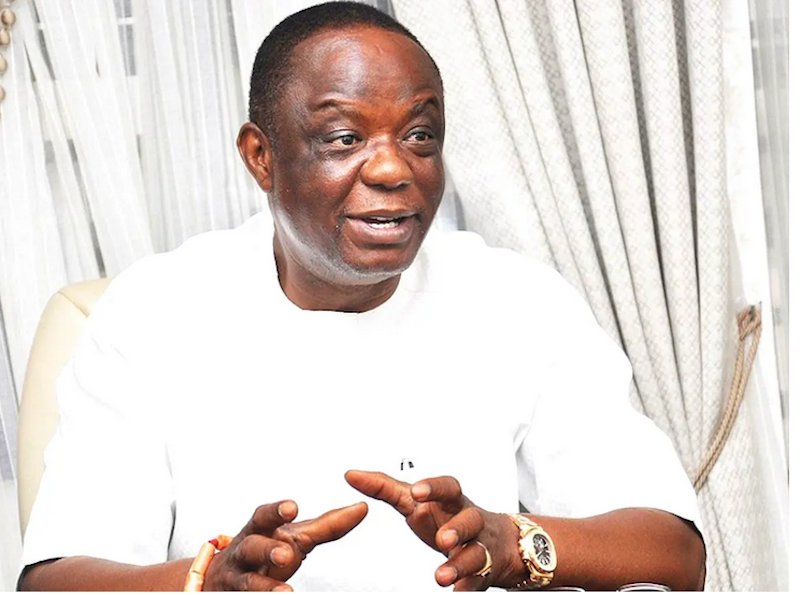 Family and friends of the late Capt Hosa Okunbo converged on Benin City, Edo yesterday to pay him tributes one year after his demise.

The Edo-born business magnate and philanthropist died on August 8, 2021.

At the one-year remembrance ceremony held at the Hosa Farms Ltd, Benin, Shaibu who stood in for Governor Godwin Obaseki said Okunbo, “lives on and will continue to live on. We can go on and on how he has touched lives. I have a personal relationship with him, and obviously we will miss him.”

Ibori described the late Okunbo as a willing helper.

“We all benefited one way or the other from Capito’s generosity. It was when great men like Capito died that we knew there is nothing to live and bicker about,” said the former Delta governor.

“It is a time like this that you know who your friends really are. He was indeed a great man who believed in love and unity of the family, and I pray his children and siblings he left behind will continue to sustain that. He is still with us and not dead.”

On his part, Awolowo described Okunbo as, “a man who God gave riches and gave him the empathy of mind to reach out to people in need. He was a man of large heart that radiated with empathy. His consideration was to give to mankind.”

To Bello-Osagie, the late Okunbo was first among equals and someone who had a relationship with everyone, adding that life to the late business mogul and philanthropist is about giving, sharing and reaching out to all sundry.

Okunbo’s eldest daughter and wife of the Olu of Warri, Olori Atuwatse III, said the departure of, “my dad felt like a thousand pillars crushing my heart. It heralded a phase of grief that I didn’t know I could eventually conquer, were it not for the mercies of God through Jesus Christ and the fantastic people I have been gifted with.”

She added: “At times of intense grief, we cannot overemphasise the imperativeness of faith in God who alone can comfort us and give us reasons to consciously thank him in gratitude for the well-spent lives of loved ones who have transcended unto glory.”

The ceremony also featured church ministrations and songs of praise.

Speaking on behalf of the Okunbo family, Kingsley Okunbo called for unity which he said was what his late brother stood for.

He said “It has been a long one year. Only one thing has bond this family together and it is love and we will not trade it for anything. Cappy never played with the love that bond the family and this by the grace of God we will continue”

The scion of Captain Hosa, Osahon Okunbo said the last one year since the demise of his father had been so challenging, noting that he missed those midnight calls and fatherly counsel.

“To brothers and sister who are unavoidably absent I’m always here for you. Just know that you have a big brother. I also want thank all those who took time on a Monday morning to identify with us. We are indeed grateful.”