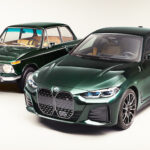 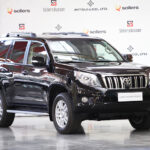 In sub-section 14 of same section 95, the PIA states that:       For the purpose of this section, change of control means any person or persons acting jointly or in concert, to acquire direct or indirect beneficial ownership of a percentage of the voting power of the outstanding voting securities of the holder, by contract or otherwise, that exceeds 50 per cent at any time.”   Sub-section 15 states thus:  “A holder of a petroleum exploration licence shall not assign, novate or transfer his licence or any right, power or interest without prior written consent of the commission.

However, several attempts to get presidency’s reaction to the counter statement by the NUPRC saying its withdrawal of consent stays, proved abortive as the Media Adviser, to the President, Femi Adesina did not answer THISDAY calls to his phone.

But the law as it stands today gives the regulator powers over such transactions.  Clearly, the old Petroleum Act gave powers of conscent and approvals to the Minister of Petroleum. However, the new law, which is the PIA vests such powers in the Regulatory Commission. And Buhari is standing with the law.

Analysts are of the view that the NUPRC is merely upholding the law and anything short of it would amount to business as usual.

The Regulatory Commission (NUPRC) had in reaction to the statement by Femi Adesina conveying the Ministerial approval of the deal affirmed that status quo remains in respect of ExxonMobil/Seplat Energy share acquisition,

Responding to media enquiries on latest development about the transaction, the Komolafe clarified that the Commission in line with the provisions of the Petroleum Industry Act (PIA) 2021, remains the sole regulator in dealing with such matters in the Nigerian upstream sector.

“As it were, the issue at stake is purely a regulatory matter and the Commission had earlier communicated the decline of Ministerial assent to ExxonMobil in this regard. As such the Commission further affirms that the status quo remains.

The Commission is committed to ensuring predictable and conducive regulatory environment at all times in the Nigerian upstream sector,” the NUPRC boss stated.

Shedding more light on the matter, when contacted last night by THISDAY, Komolafe reiterated that the position of the PIA was clear on the matter.

Quoting relevant sections of the law which empowers it to hold such view, Komolafe stated that the status quo (its withdrawal of consent) still holds.

“And by virtue of the provisions of the petroleum industry act, under section 95, subsection 10, 14 and 15, the commission’s powers in these regards are clearly stated.

“So, regarding the issue you have raised, my clarification will just be an affirmation that the position of the commission stands in respect of the decline of the assets (sale), without prejudice to any other position.

“So, the position of the commission as the authority involved in the regulation of the upstream which had earlier been communicated to Mobil, stands. As far as the commission is concerned, nothing has changed. The status quo remains as far as we are concerned,” he maintained.

Checks on the sections highlighted by Komolafe indicated that Section 95, sub-section 10 states, “Where the application for an assignment or a transfer of a petroleum prospecting licence of petroleum mining lease is refused, the commission shall inform the applicant of the reasons for the refusal and may give reasonable time within which further representations may be made by the applicant or by third parties in respect of the application.”

In sub-section 14 of same section 95, the PIA states that: “For the purpose of this section, change of control means any person or persons acting jointly or in concert, to acquire direct or indirect beneficial ownership of a percentage of the voting power of the outstanding voting securities of the holder, by contract or otherwise, that exceeds 50 per cent at any time.”

It continued in sub-section 15 thus: “A holder of a petroleum exploration licence shall not assign, novate or transfer his licence or any right, power or interest without prior written consent of the commission.”

Also, Section 95, sub-section 8 states: “Where the consent of the minister is granted in respect of the application for a transfer, the Commission shall promptly record the transfer in the appropriate register.”

Sub-section 9: “The Commission shall communicate the refusal or approval of an application for an assignment, novation or transfer of a licence or lease in writing to the applicant.”

Earlier, Buhari, who is Minister of Petroleum Resources had intervened in the matter, which had grabbed the headlines in recent months, highlighting his commitment to driving Foreign Direct Investment (FDI) in the oil and gas sector.

Earlier in the year, THISDAY had exclusively reported that SeplatEnergies, an indigenous oil company, was in the process of acquiring the entire offshore shallow water business of ExxonMobil in Nigeria.

Seplat Energy Offshore Limited, a subsidiary of Seplat Plc, had entered into the Sale and Purchase Agreement to acquire the entire assets for $1.283 billion plus up to $300 million contingent consideration.

According to the sponsors, the deal was supposed to create one of the largest independent energy companies on both the Nigerian and London Stock Exchanges, and bolster SeplatEnergy’s ability to drive increased growth.

But no sooner had the process been announced than the state-owned national oil firm moved to halt it from proceeding. The NNPC had claimed that it had a pre-emption right, before the Nigerian authorities put a stop to it, citing overriding national interest as one of the reasons for rejecting the deal.

“We regret to inform you that His Excellency, the Minister of Petroleum Resources, has declined his consent to the transaction,” a letter written by the NUPRC had stated thereafter.

The transaction encompassed the acquisition of the entire offshore shallow water business of ExxonMobil in Nigeria and was expected to deliver 186 per cent increase in production from 51,000 bpd to 146,000 bpd or 170 per cent increase in 2P liquids reserves, from 241 MMbbl to 650 MMbbl.

Furthermore, it would increase by 89 per cent the total 2P reserves, from 499 MMboe to 945 MMboe, including offshore fields with dedicated, MPNU-operated export routes offering enhanced security and reliability.

But the president, who before yesterday’s statement by the NUPRC, had okayed the deal in a statement issued by Adesina.

According to the statement, Buhari took the decision in his capacity as Minister of Petroleum Resources, and in consonance with the country’s drive for increased FDI in the energy sector.

The president recalled that ExxonMobil had entered into the landmark Sale and Purchase Agreement with Seplat Energy to acquire the entire share capital of Mobil Producing Nigeria Unlimited from Exxon Mobil Corporation, Mobil Development Nigeria Inc., and Mobil Exploration Nigeria Inc., both registered in Delaware, USA.

The statement said, “In his capacity as Minister of Petroleum Resources, and in consonance with the country’s drive for Foreign Direct Investment (FDI) in the energy sector, President Muhammadu Buhari has consented to the acquisition of Exxon Mobil shares in the United States of America by Seplat Energy Offshore Limited.

“Considering the extensive benefits of the transaction to the Nigerian energy sector and the larger economy, President Buhari has given ministerial consent to the deal.

“The president, in commitment to investment drive in light of the Petroleum Industry Act (PIA), granted consent to the share sales agreement, as requested by the parties to the transaction, and directed that the approval be conveyed to all the parties involved.”

It added that Exxon Mobil/Seplat were expected to carry out operatorship of all the oil mining licenses in the related shallow water assets towards production optimisation to support Nigeria’s Organisation of Petroleum Exporting Countries (OPEC) quota in the short term.

Furthermore, the statement noted that Buhari’s intervention was to ensure accelerated development and monetisation of the gas resources in the assets for the Nigerian economy.

Buhari also directed that all environmental and abandonment liabilities be adequately mitigated by Exxon Mobil and Seplat in the course of the implementing the agreement.

Last month, leaked court documents indicated that the national oil company had approached an Abuja court, which granted it an “order of interim injunction” on July 6 barring Exxon “from completing any divestment” in the unit.