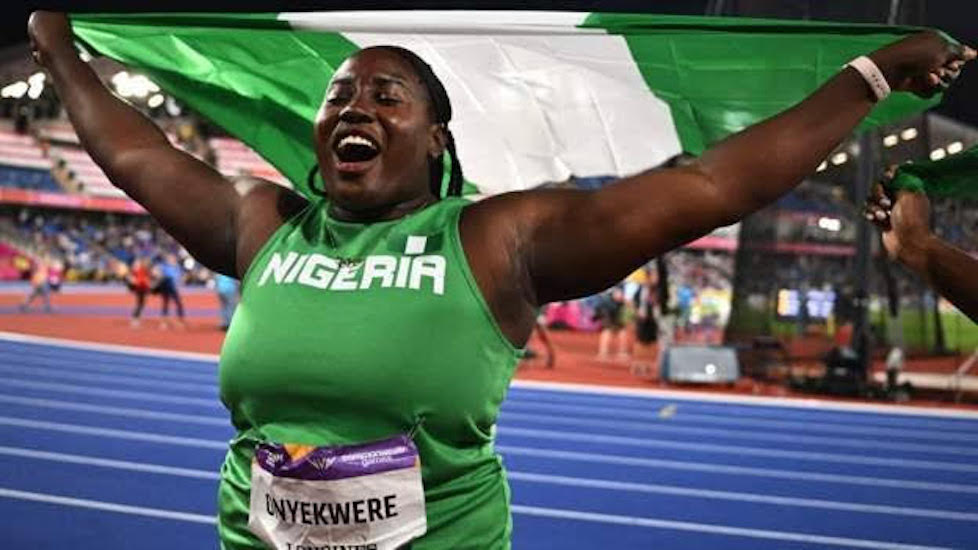 Chioma Onyekwere, the gold medalist in the Discuss event at the just concluded 22nd Commonwealth Games has received accolades from her home state of Abia over the historical feat she achieved.

Her 61.70m throw on the opening day of the track & field events not only set a new Games record but also put her name in the history books as the first Nigerian female athlete to win a gold medal in discus event of the Commonwealth Games.

The only other gold medal that Nigeria had ever won in discus came from male thrower, Adewale Olukoju, at the Auckland 1990 Commonwealth Games.

In a congratulatory message to the golden home girl, the Abia State chapter of the All Progressives Congress(APC) said that it received the news of her heroic feat with a high sense of pride as the discus thrower has become a national hero and an icon here in Abia, her home state.

“The APC family in Abia congratulate our golden girl, Chioma; We share in her joy and wish her more successes in the field of sport and her other endeavours,” the Abia APC Chairman, Dr Kingsley Ononogbu, noted in the press statement.

He noted that Onyekwere, who is also the reigning African champion in the female category of discus event, has shown that “Abia brims with sporting talents waiting to be discovered and given the necesaary push to become world champions”.

“My assurance to Ndi Abia is that if they give us their mandate in 2023 our government would ensure that Abia would continuously produce more champions like Chioma in every area of sport,” Dr Ononogbu said, adding that God’s own state would become a resource hub of sporting talents.”