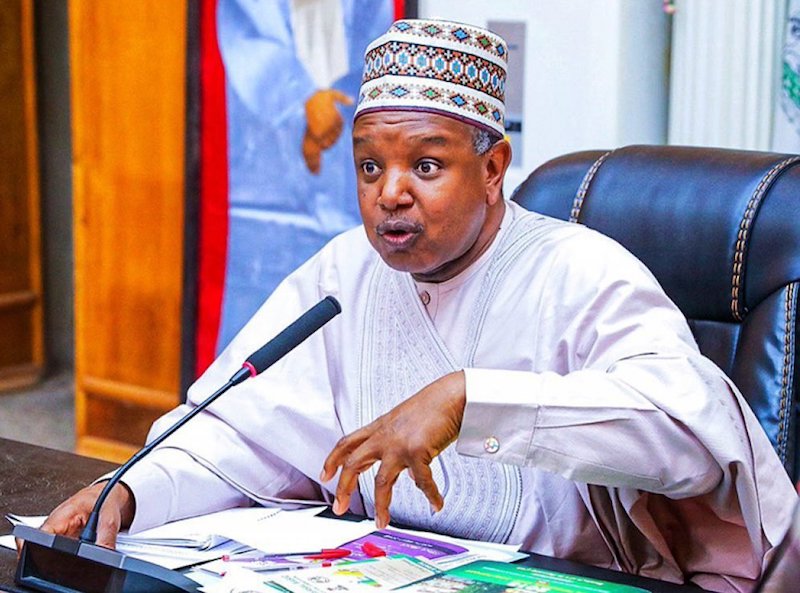 The United States is nearing an agreement with the brother of  Kebbi State Governor, Abubakar Bagudu, to resolve a court case over more than $140 million that it said was laundered by the governor.

Bloomberg disclosed that the Justice Department had been trying to seize four investment portfolios held in trust for Bagudu and his family since 2013.
The US alleged that Bagudu, 60, was part of a network controlled by former dictator Sani Abacha that misappropriated billions of dollars from state coffers in the 1990s.

However, Governor Bagudu has always maintained his innocence of the alleged crime.
The US and Bagudu’s brother, Ibrahim, applied on August 3, to suspend the case that is ongoing in a federal court in Washington, DC.
They “agreed upon the principal terms of a settlement” on July 19 and “believe a brief stay will allow the parties to reach a final agreement resolving the litigation,” it quoted their joint motion to have stated.

The judge, who accepted the request, ordered the parties to provide an update on their negotiations by November 2. The motion didn’t provide any details about the contents of the potential settlement.

Bagudu is the Chairman of the All Progressives Congress Governors’ Forum, an influential body of governors and recently oversaw the party’s selection of Bola Tinubu as its presidential candidate for next February’s general elections.

Ibrahim Bagudu, who is entitled to an annuity from the assets, had challenged the forfeiture efforts.
The US and Ibrahim Bagudu have been negotiating a broader agreement that includes his brother as well as the Nigerian and United Kingdom governments, documents filed during the litigation show.

A UK court froze the investment portfolios in 2014 after a request from the US.
The government of Nigerian President Muhammadu Buhari had said it was unable to assist the US because it’s bound by a settlement Abubakar Bagudu reached with a previous administration in 2003.

That arrangement allowed Bagudu to return $163 million to the Nigerian authorities, which in exchange dropped all outstanding civil and criminal claims against him, according to court filings.

Buhari’s government and Bagudu concluded a new agreement in 2018, that would see ownership of the investment portfolios worth €141 million ($144 million) in late 2019 — transferred to the Nigerian state, which would then pay €98.5 million to Bagudu and his affiliates, according to US court documents.
Buhari’s administration had applied to the UK court to unfreeze the assets.

While the US and Ibrahim Bagudu obtained an initial stay in early 2020 to explore an out-of-court resolution, they said in March that those talks had reached an “impasse” and the case should restart. Discussions continued following the resumption of the litigation five months ago.

The US Department of Justice declined to comment. Spokesmen for Nigerian Attorney General Abubakar Malami, as well as lawyers for the Bagudu brothers, didn’t respond to requests for comment, according to Bloomberg.