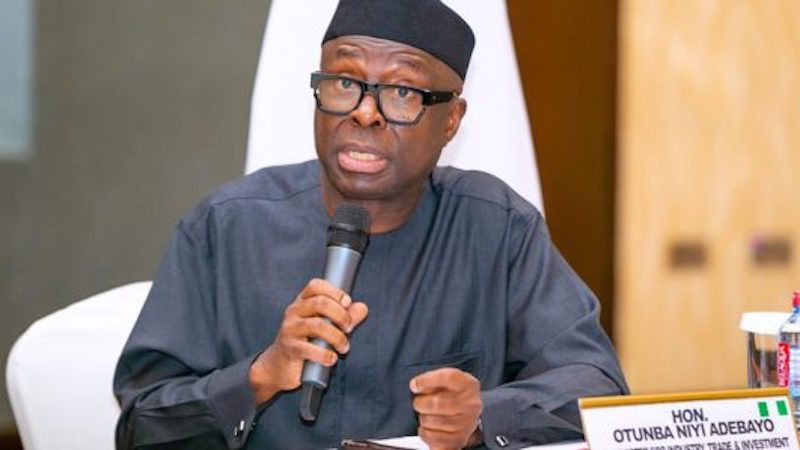 The federal ministry of industry, trade and Investment, has stated that it is working hard to fully reclaim the lands belonging to the Lagos International Trade Fair Complex that have been encroached upon.

The Minister of Industry Trade and Investment, Otunba Niyi Adebayo, stated this when he paid an official visit to the complex on Mile-2 Badagry, expressway in Lagos.

He said his visit to the facility was to also know how much government lands that had been taken away, stressing that any land that has been encroached upon would be recovered.

He however stated that the Ministry has set up a committee to begin concessionary arrangements of the complex, saying that the move according to the Ministry is to revitalise the Trade Fair Complex after failed attempt to concession the facility in 2017.

He explained that over the years, the infrastructure within the complex had declined, assuring that the Ministry would not only revitalise the complex, but develop it into a world trade center.

According to him: “The process is on, but there are some things that needs to be done before we can proceed with the process and part of the things to be done is my visit to the complex to see exactly for myself what the situation is and based on the report that I am expecting from the committee that has been set up, the Ministry will sit down with the Bureau of Public Enterprise (BPE) to see what can be done and how the concession will be carried out.”

Earlier, the Executive Director and Chief Executive Officer, Lagos International Trade Fair Complex Management Board, Charles Okoye, pledged that the entire management team are determined and positioned to do all that is within its capacities to improve on the state of the facility to boost revenue generation and remittances to the federal government.