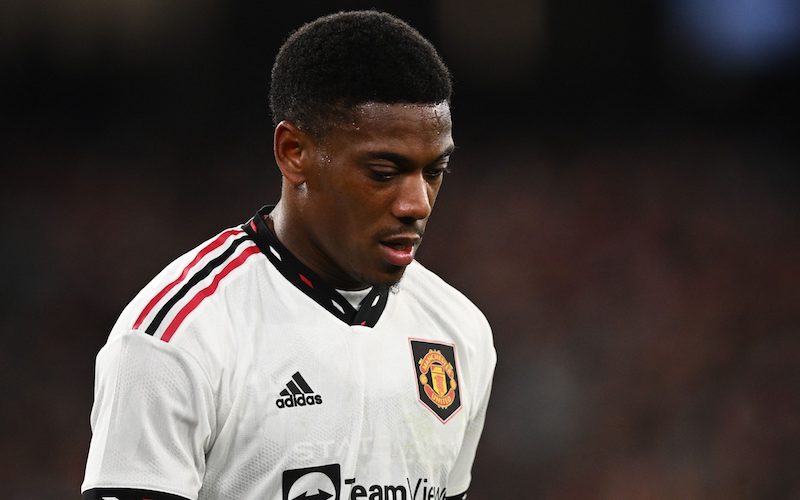 The 26-year-old has looked revitalised in pre-season playing as a centre forward after returning from a disappointing loan spell at Sevilla.

However, he is set to miss the beginning of the new campaign, with The Athletic reporting that he has picked up a hamstring injury.

United hope that the problem is minor and that Martial will be available for selection when they travel to Brentford next weekend. They will then host Liverpool nine days later.

Erik ten Hag is now presented with a selection headache. Cristiano Ronaldo, who wants to leave the club this transfer window, is the only other recognised striker in the squad, though the Dutchman has already admitted he is not fully fit yet and publicly blasted the forward for leaving last Sunday’s friendly against Rayo Vallecano at half-time.

Marcus Rashford is capable of playing through the middle, while Bruno Fernandes and Amad Diallo have played up front before too.

In better news for United, Jadon Sancho has returned to training after a bout of illness kept him out of Saturday’s defeat to Atletico Madrid in Oslo.