Olu of Warri’s First Anniversary Kicks Off with Praise, Worship 30 mins ago 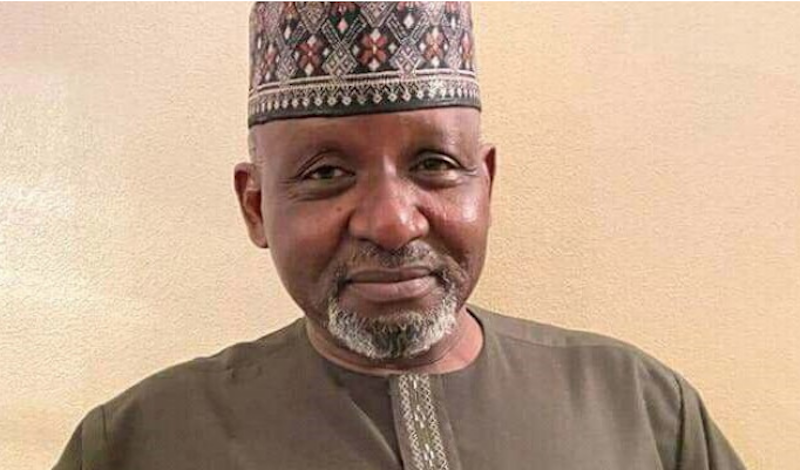 The Minister of Transportation, Muazu Sambo, has reiterated that the federal government’s Build Own Operate and Transfer (BOOT) model adopted for the development of the nation’s Inland Dry Ports (IDPs) will facilitate a multi-product economy and boost inland trade.

In view of this, the minister, yesterday, launched an operational Manual for Inland Dry Ports in Nigeria that will serve as an effective tool and guide for the operation of the IDPs.

Represented by the Deputy Director Inland Container Depot, Ministry of Transportation, Mr. Ewache Victor, he said the projects are being developed through Public Private Partnerships (PPPs) using the BOOT Model.

The minister urged participants to take full advantage of this sensitization workshop for full implementation of the Operational Manual as a workable policy document that will drive the operations of the Inland dry ports in Nigeria.

He said, “It is important to inform this audience that apart from its critical importance in facilitating International trade as well as transit cargo to landlocked countries. The Inland Dry Port projects are intended to bring shipping activities closer to shippers in the hinterland and increase cargo throughout, to act as a catalyst for improved trade flows, boost inland trading and promote export of agricultural products, thus leading a multi-product-oriented economy.”

According to him, the NSC and Federal Ministry of Transportation are committed to providing the enabling environment for all the IDP projects nationwide in order to operate optimally.

Jime noted that the launching of the Manual marks yet another milestone in the successful development and operation of the IDP projects in Nigeria.

He added, “As you are aware, the Council is the supervising and implementing agency of the Dry Port projects in Nigeria. The Inland Dry Port projects were conceived as part of the Federal Government’s reform programme in the Transport sector to promote efficient transportation, enhance efficiency at our ports and to engender trade facilitation.

“The strategic importance of producing the manual which articulates the step-by-step procedure(s) for receiving. storing, handling and delivery of cargoes as well as highlighting the operations, the responsibilities of agencies and timelines for discharging such tasks. This operational Manual which has been launched in Kano on 21st July, 2022 will be launch in Port-Harcourt on the 9th August, 2022. The Manual provides a detailed processes and procedures for the main activities of the Inland Dry Ports.”

The Managing Director, Nigerian Ports Authority (NPA), Mohammed Bello-Koko, said the Lagos sea ports are operating beyond their capacity, hence, the need to optimise the inland dry ports across the country.

Represented by the Assistant General Manager, Operations, Ayodele Durowaiye, he noted that NPA had been working to ensure the Kaduna inland dry port is linked to the borders of neighbouring countries that are landlocked in the northern region to ensure passage of goods in and out of the country.

He said the effective operations of the IDPs will provide options for shippers and consignees outside Lagos State as it will increase the possibility of export cargoes.

President, Shippers Association of Lagos (SAL), Leonard Ogamba, said the operational manual is a working tool that will enable cargo owners, importers, exporters and shippers to pressure government agencies at the ports accountable in performing their duties efficiently.

Also, the Deputy Controller, Nigeria Customs Service (NCS), Apapa Command, Ajibola Odusanya, said the service is ready to work with all stakeholders to decongest the seaports through the IDPs as conceived by the Federal Government to ease the pains of Nigerians.