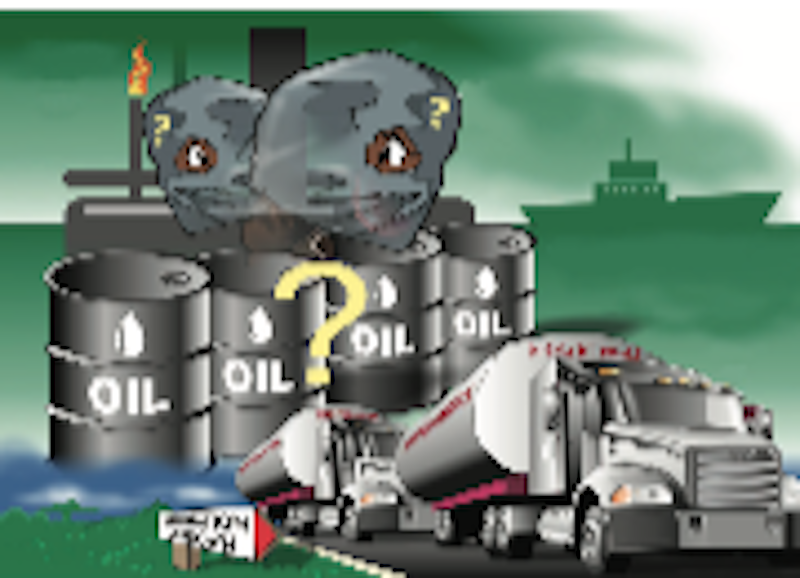 The authorities must do more to stop the mass economic haemorrhage

The lamentation by the Shell Petroleum Development Company (SPDC) over the unprecedented crude oil theft, pipeline vandalism and illegal refineries in the Niger Delta is a serious national security issue that the authorities should take more seriously. According to the Director, SPDC of Nigeria Limited, Igo Weli, Shell operates in over 70 countries, yet has never experienced the level of sabotage that occurs on its facilities in Nigeria. “If over 90 per cent spills are caused by people with axe, saws and even explosive weapons, then you are creating a problem that will eat up the budget you would have used for education, health, etc.,” argued Weli. “There is a mess in the environment which is robbing everybody. And as people who are interested in the future of this country, that should be the focus. How do we stop that mess? That mess has led to our currency losing value.”

Weli has merely re-echoed the words of the Managing Director, ExxonMobil Nigeria, Richard Laing, who recently described the situation in the Niger Delta as organised crime because “the engineering involved points towards a high degree of sophistication and technology, as well as the distribution.” It is difficult to argue with that summation. Sadly, to imagine that the country suffers such enormous revenue depletion while begging for foreign loans to finance projects is, to say the least, lamentable. And as we advocated in the past, the federal government must treat this as an emergency by introducing drastic measures, including rejigging the security infrastructure for protecting oil assets and leveraging technology.

Meanwhile, the capacity to undertake such criminality to the magnitude being reported is not one that is available on the streets. It must necessarily involve big actors in the communities as well as industry and security collaborators. The federal government must therefore muster the courage to deal decisively with what clearly threatens the economic well-being of Nigeria and our national security. The volume of crude being stolen almost on daily basis is now so staggering that two months ago, the federal government estimated the total value of oil theft between January 2021 and February 2022 at $3.72 billion. This is a scandalously huge leakage for any country to bear.

Unfortunately, as these criminal cartels get more and more emboldened in their nefarious activities, they are investing in barges, canoes, speed boats and large wooden boats which they use to steal what belongs to our country. It is even more concerning that following incessant attacks on their crude oil pipelines, many of the international oil companies (IOCs) operating in Nigeria are suspending their operations. Even if some of the figures being touted are a little exaggerated (indeed, the country does not know the exact number of barrels it produces) the fact remains that oil theft menace is growing in the level of skills and sophistication.

Although this massive leakage has been going on for years with local refineries springing up every day despite dire implications for the environment, the situation is now almost out of control at a period Nigeria is in a serious financial bind. Most reasonable people believe that the menace is growing only because some law enforcement agents may have been compromised. More worrisome is that the trials of the few apprehended suspects in the past were impeded by the interference of some influential individuals who themselves could be complicit in this highly lucrative criminal enterprise against the Nigerian state.

It is therefore time that the federal government and its agencies took serious measures to contain the theft of crude oil that is negatively impacting our economy and national security.