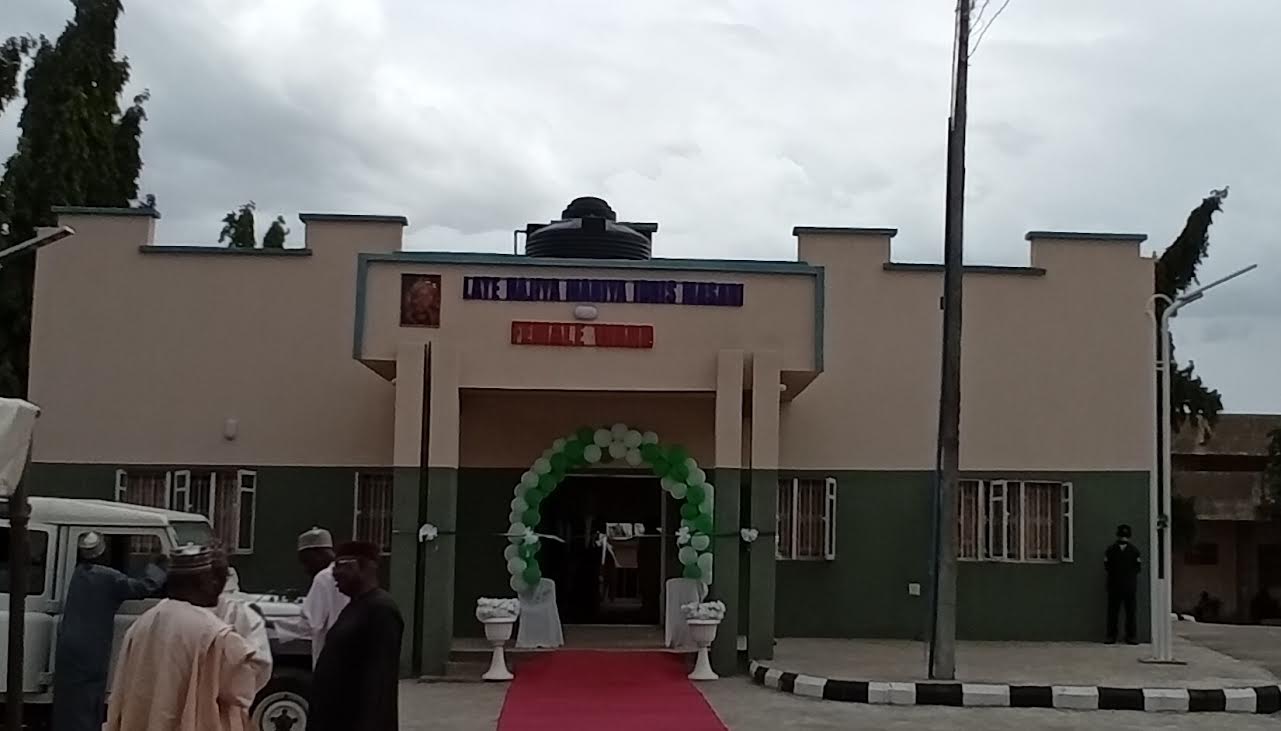 As part of give back measures to better society, the Managing Director and Chief Executive Officer of Continental Computers, Salisu Mamman, has vigorously improved healthcare delivery and educational standards in Katsina State, writes Francis Sardauna

It was jubilation galore for residents of Katsina, the Katsina State capital, following the inauguration of a 24-bed comprehensive female medical ward by a philanthropist and industrial entrepreneur, Alhaji Salisu Mamman, to tackle the imbalance in the nation’s healthcare delivery system, which is apparently less tilted to the womenfolk.

The state-of-the-art facility, situated at the General Hospital Katsina, was built and adequately equipped by the Chief Executive Officer of Continental Computers through his life-changing Continental Computers Foundation, to equally bolster operational capacities of public health facilities across the state.

The facility with modern architectural designs, is named after one of the state’s most cherished Matriarchs, late Hajiya Mariya Idris Masari, the mother of Governor Aminu Bello Masari because of her undeniable imprints of integrity, altruism and selfless services to mankind, particularly the vulnerable and underprivileged people during her lifetime.

Mamman, a Katsina State-born philanthropist, from Kadandani community in Rimi Local Government Area of the state, has over the years impacted positively and transformed people’s lives, particularly the vulnerable within his immediate community and the state at large through different reputable services.

Svelte and humble Mamman is a successful businessman who is always eager to compassionately share the fruits of his hard-earned prosperity and fortunes with the poor and underprivileged people within and outside the state in order to improve their living standards.

The president of Katsina State Chamber of Commerce, Industry, Mines and Agriculture, grew up in a family where giving and humanitarian services were second nature and has continued this passion in life for decades as he reaches out to people through empowerment, scholarships and developmental projects.

Unveiling the 24-bed capacity medical ward, Governor Masari thanked the managing director of the Continental Computers for naming the edifice after his late mother. He explained that the project would go a long way in enhancing the state government’s efforts towards revamping the health sector.

Governor Masari, at the event, also paid glowing tribute to his mother recalling how the widow struggled to sustain the family after the death of their father. He added: “I lost my father when I was only two years old and my mother decided not to remarry because of my elder brother, Alhaji Bello, and myself”.

In his opening remarks, Mamman told the gathering that the facility was a recent objective that has been achieved by the Continental Computers Foundation in practicing the enterprise philosophy of “business with a human face” for the Continental Group.

He said: “We therefore channel back most of our business profits to projects that benefit the larger community, thereby complementing government efforts and responding to the clarion call for concerted efforts under the governance paradigm.

“We aim to support the sustenance of the society that patronises us, so that it can continue to do so ceaselessly. In this regard, we are proud to say, we are a home-grown business brand”.

He, however, restated his readiness to continue to support the sustainability of the healthcare facility, “I am ready to respond positively whenever called upon to assist in case of any serious problem or emergency occurring to the facility”.

He encouraged other entrepreneurs in the state to emulate him by expanding their sharing spaces to include more of the society’s needs and aspirations in accordance with the principle of ploughing back to society.

Prior to inauguration of the female medical ward, Mamman single-handedly constructed a befitting 12-classroom secondary school Kadandani and named it Kadandani Community Day Secondary School. The school is well-furnished with an administrative block, computer centre and VIP latrines.

To enhance and sustain healthcare delivery in Kadandani, the philanthropist in partnership with the Community and Social Development Project (CSDP), constructed another befitting 16-bed comprehensive medical centre and equipped it with modern health appliances.

This has contributed immensely in tackling cases of maternal and child mortality and other health challenges bedeviling residents of the community and its environ. He equally built a Juma’at Mosque in the community which has alleviated the difficulty residents faced in travelling to neighbouring communities for Friday prayers.

He also provided solar-powered blood banks to five General Hospitals as well as solar-powered lighting to 45 secondary schools and primary healthcare facilities across the state to address the power outage that hitherto bedeviled the education and health facilities in the respective areas.

The progressive industrial leader has doled out N17 million as scholarship and empowerment grants to 1,000 women and 701 students of Rimi Local Government and provided N10 million for his one-project-per-ward programme to 10 electoral wards of the local government in order to alleviate the plight of the masses.

He rehabilitated 12 primary schools across the 10 electoral wards of Rimi. The industrialist also donated 10 computers and furniture items and a take-off funds of N500,000 to Kofar Kudu Community Day Secondary School Rimi, and lyatawa Government Day Secondary School respectively. He equally constructed and furnished Kadandani Police Station with mobility which was inaugurated by Governor Masari.

In a bid to enhance commercial and sporting activities in his Kadandani community, the business mogul, had rehabilitated the Kadandani Television Viewing Centre, fitted with solar-powered kiosks, solar-powered fridges, charging points for phones, solar-powered fans, television sets and handed over to a Youth Forum in the community for management.

Therefore, the revolving humanitarian projects of the Managing Director of Continental Computers and Chairman Continental Computers Foundation, Alhaji Salisu Mamman, that cut across the 10 electoral wards of Rimi local government and some local governments in the state, had significantly supported the giant strides of Governor Masari in critical sectors of health and education.

We channel back most of our business profits to projects that benefit the larger community, thereby complementing government efforts and responding to the clarion call for concerted efforts under the governance paradigm