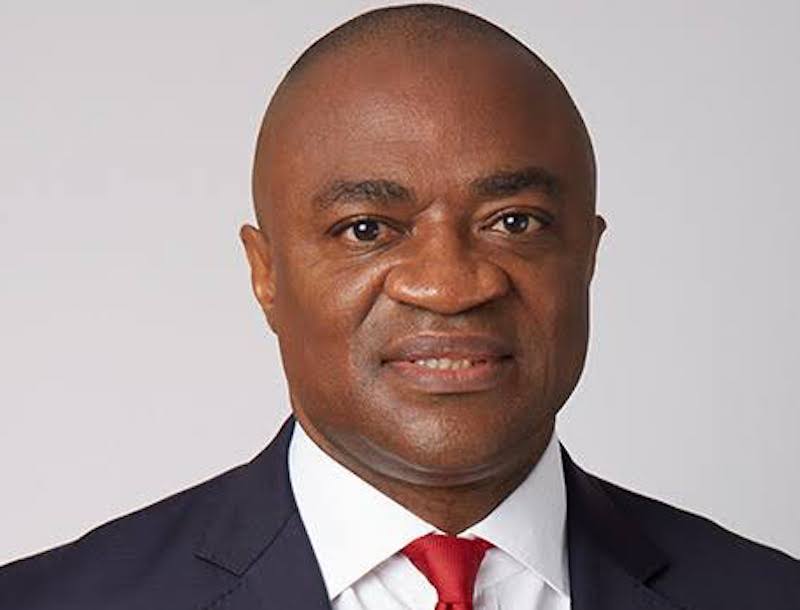 In a bid to teach the power of savings and reveal the beauty of the financial world to kids and teen, the United Bank for Africa Plc recently launched a Keens and Teens Draw. At the draw last week, 20 lucky kids were rewarded with N4million. Uzoma Mba reports that the overarching object is to put them on a strong footing for independence and ultimately actualising their dreams

For United Bank for Africa (UBA) Plc, its quest to always think outside the box has seen the foremost bank conceptualise and execute some of the most daring projects, with the satisfaction of the customer the key focus.

With presence in New York, London and Paris, UBA is connecting people and businesses across Africa through retail, commercial and corporate banking, innovative cross-border payments and remittances, trade finance and ancillary banking services.

Recently, that innovation came in form of savings promo for kids, tagged Keens and Teens draw, which was targeted to go a long way in supporting parents at this turbulent economic period.

The draw is an innovative first of its kind initiative conceptualised by UBA with special intention to inculcate a Savings culture that set kids and teens up for a secure future as well as put them on a strong footing for independence and ultimately actualising their dreams.

So to ensure transparency, a draw was held at the UBA house in Lagos where all those who fit the criteria of the terms were put to a fair and square draw.

The winners had qualified to win in this year’s first draw because their parents/guardians had maintained standing instructions of N10,000 to their child/ward’s UBA Kiddies or Teens Accounts for a six-month period.

The virtual draw, witnessed by representatives of the National Lottery Regulatory Commission (NLRC) and the Consumer Protection Council (CPC), saw winners emerge from across all the regions of the country.

To kick it off, the global bank rewarded a total of 20 kids with N200,000 each as scholarship grants in its just concluded Kiddies and Teens Draw which held in Lagos last Thursday.

One of the winners, Okoye Gerald, whose father was contacted over the phone following his winning was very excited and expressed his heartfelt gratitude to the management of UBA for the opportunity; ‘Thank you UBA, thank you”.

“This is very thoughtful coming from the bank. It goes a long way in showing that UBA is indeed passionate and dedicated to the growth of its customers and their children. A bank that grooms the young is indeed a wise bank, he said”.

UBA’s Head, Personal Banking, Ogechi Altraide, who congratulated all the winners after the draw said that apart from the monthly and quarterly rewards that the bank gives to its loyal customers in the UBA Bumper and savings promo, the bank had gone a step further to encourage parents to instil the savings culture on their kids and teenagers.

She said, “I will like to let you know that this is another first from UBA, and of course, we are very excited at this because it again goes to show that we take very seriously the mandate of ensuring financial inclusion and this time, we are catching them young and ensuring that as they grow they increasingly become financially discipline and can fuel their dreams to a happy end, which exactly what we are passionate about as a bank.

Continuing, she said, “We know that the kids today are the future of tomorrow, and we are trying to groom them to imbibe the habit of savings, so that they can achieve their dreams as well as secure their future while putting away something for the future.”

Also speaking during the event, Head of Marketing, Diana Ubah, pointed out that, “our bank, UBA, has continued to show and prove that, we are passionate about the overall growth and success of every customer and that is why we go ahead of others to innovate and come out with initiatives that are unique and can transform the lives of our customers for good.

“ In a tap-and-go society where money is rarely physically exchanged and quicker to spend, it is important to educate young people about the value of money.

“By including your kids so that they see how you spend money, it will help develop a basic understanding of transactions in the real world, as they grow up in an increasingly digital economy”., Ubah noted.

Perks of the UBA Kiddies

Aside being likely recipients of the draw, the UBA Kiddies is an account designed for children between the ages of 0-12 years while UBA Teens Accounts is between the range of 13-17 years.

Other benefits of the account include a 13th-month cash reward and special invitation to the bank’s children focused events.

Beneficiaries of this account stand to earn 13 months reward of 10 per cent of the monthly savings plan for over 12 consecutive months having maintained a standing instruction of a minimum of N5,000.

They also have a chance to partake in a scholarship scheme through a raffle draw having maintained a standing instruction of saving a minimum of N10,000 for six months. The account has an annual interest of 1.15 per cent payable monthly.

To qualify, parents must have maintained a standing instruction of N10,000 for 6 months in their UBA Kiddies or Teens Accounts.

Altraide advised parents who had yet to open accounts for their kids to do so as soon as possible, to be eligible to participate in the next UBA Kiddies and Teens draw which will be held soon.

We know that the kids today are the future of tomorrow, and we are trying to groom them to imbibe the habit of savings, so that they can achieve their dreams as well as secure their future while putting away something for the future