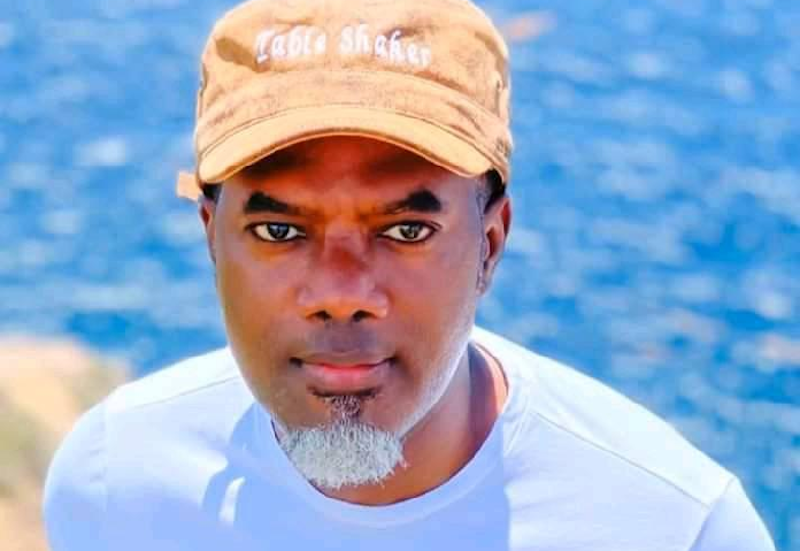 On this edition of #TheAlternative, I would like to thank one Kehinde Bamigbetan, who did a rejoinder to last week’s edition, titled ‘How is Tinubu Better Than Abba Kyari’.

In his riposte, titled, ‘The RENOvation of Falsehood’, Mr. Bamigbetan was rather rude and almost defamatory. So, you may be wondering why I thanked him.

It is because he has given me a further and better opportunity to expose his principal (Bola Tinubu) for who he truly is. Mr. Bamigbetan is a former Commissioner for Information and Strategy in Lagos State, and was once Chief Press Secretary to Bola Tinubu.

His argument against my original treatise is premised on the false proposition that though Bola Tinubu was fingered when a white heroin drug cartel was busted, Tinubu was merely an innocent victim.

His exact words were “Any professional hunting for business can innocently fall into the hands of criminal elements. This is my reading of the investigation .”

That is a puerile argument, since the indictment upon which Bola Tinubu was charged showed that he (Tinubu) was an active associate of the drug cartel, and that he was a known associate of Mueez Akande, fingered as the head of the cartel, and had shared living accommodation with him.

Moreover, I pose this question to Mr. Bamigbetan: As a spokesman for Bola Tinubu, can you tell Nigerians if it is, or it is not true that the wife of that Adegboyega Mueez Akande, whose white heroin drug proceeds Bola Tinubu was accused of laundering, is now a commissioner in Lagos? Also, is she or is she not the blood sister of Bola Tinubu’s wife, the infamously Igbo-hating Senator Oluremi Tinubu?

Just a yes or no would do.

The fact of the matter is that the charges brought against Tinubu by the FBI are very clear, detailed, and unambiguous. In the course of a sting operation, one Abiodun Agbele sold white heroin to an undercover FBI agent on November 28, 1990.

Upon his arrest, he named one Mueez Akande as his drug boss. Upon investigation, it was revealed that funds from Mr. Akande’s white heroin drug cartel had found its way into Mr. Tinubu’s account and that they could not be justified by his legitimate income, then about $2400 a month.

That Bola Tinubu was found to have shared accommodation with the said Mr. Akande, who had been his known associate for years. And that rather than fight the charges of laundering money for a drug cartel, Bola Tinubu entered into a plea agreement with the US Federal Government to forfeit $460,000 in drug money to the government.

Those are the undeniable FACTS!

Mr. Bamigbetan further attempted to stand reason on its head, by stating that Tinubu is clean as a whistle, because he can go in and out of the United States without let or hindrance.

Again, his exact words were as follows:

“It is on record that Tinubu, convinced of his lack of complicity, flew to the United States to fight the forfeiture and got justice. He accomplished this task and returned home to continue his activities.

Would the US Authorities allow someone so described as Omokri such liberties and clearances? Certainly not.”

Being able to ingress and egress the United States is not proof that he has been exonerated. If a US permanent resident is convicted and imprisoned and serves his sentence, he can fly in and out of America without hindrance.

The only persons who would not be able to enter America upon such a conviction are non-citizen aliens, of which Bola Tinubu is clearly not an alien.

The grounds for inadmissibility into the United States are found in Section 212(a) of the Immigration and Nationality Act (I.N.A.) and they do not apply to Bola Tinubu.

The fact remains that Bola Tinubu is a known drug lord and by accepting a plea bargain, in which he voluntarily agreed to forfeit his assets, rather than go to trial, he is seen in the eyes of the law to have admitted to being a drug lord.

Kehinde Bamigbetan may not have a background in law, but I do. I have a solid background. I have a Master’s degree from a UK university, and my father was a Justice of the Court of Appeals.

According to the United States Department of Justice, “Asset forfeiture is designed to deprive CRIMINALS of the proceeds of their crimes.” This can be found in their official website www.justice.gov/afms/types-federal-forfeiture. Tinubu forfeited assets in a drug forfeiture of assets case. So what does that make Tinubu? Perhaps, the kindergarten lawyer, Kehinde Bamigbetan, may like to respond to this.

Surely, Nigeria deserves better than to have an admitted drug lord as her President. A man who forfeited assets to the US Federal Government, in a case brought against him by the Federal Bureau of Investigations, which had to do with one of the most dangerous narcotic drugs on Earth, White Heroin, a hard drug that kills 15,000 Americans annually.

How can we have such an odious fellow as our President? And Mr. Bamigbetan’s only defence is that Tinubu still goes to America? Look, we are not all high on white heroin mister! Some of us have a practically functioning brain!

I hate to bring this up, because I know it causes distress to them, however, there are prominent Nigerians, including a former military ruler, whose children have been convicted for being involved with drug cartels. One was even sentenced to 40 years’ imprisonment, but after 22 years, he was freed in 2015.

Many of them still go in and out of the United States without any issues. A spent conviction, or forfeiture, does not automatically render a permanent residency invalid. Only an immigration judge can revoke an already subsisting permanent residency, and they do so in very specific cases outlined in Section 237 of the Immigration and Nationality Act. So with that as a precedent, Mr. Bamigbetan’s defence collapses like a pack of white heroin-laced cards!

But even if Tinubu’s proceeds of drugs forfeiture case did not tantamount to a conviction, is that the type of character that we should even be considering to lead 210 million Nigerians in the year 2022? Are we a banana republic?

Even in a banana republic, there are standards. Colombia never descended so low as to elect Pablo Escobar. If Nigeria elects Bola Tinubu as President in 2023, then we would be lower than a banana republic. We would be the butt of jokes in the international community!

My issue with Bola Tinubu is not capacity-based. If you look at how he managed men and resources when he was the governor of Lagos, you must admit, if you are unbiased, that he is Nigeria’s best-ever governor. But  I am grousing about his character. Should a KNOWN DRUG LORD be our President? NEVER!!!

Even the fact of the Muslim/Muslim ticket is not as disqualifying as Tinubu’s drug history. If Tinubu did not have a history as a known member of a white heroin drug cartel, I would have campaigned for him despite his age. After all, Beji Caid Essebsi was elected President of Tunisia at 88. And he performed!

Are we that useless to allow that to happen to us? 210 million people and the only person we saw is a KNOWN DRUG LORD? And not just any drug lord. A drug lord that his own in-law has exposed to be 86 years old (although he has made an about turn 72 hours later? Tee Mac is 74 years old and he said he used to call Tinubu ‘uncle’ when he was a young man! How can ‘uncle’ now be younger than him at 70?

We already know that Tinubu is a KNOWN DRUG LORD, courtesy of his drug forfeiture case brought against him after his patsy, Abiodun Agbele, was nabbed in an FBI sting operation. But we can solve the controversy about his age easily. Bola, show us your birth certificate!

Tinubu should be proud of his age. Not everybody gets to live that long. How and why should you be ashamed of your real age? Mahathir Mohamad was Prime Minister of Malaysia at 95. Embrace your age of 86. How can you be younger than Tee Mac, who is 74 and called you uncle in his youth?

No be juju be that?

If you pluck grapes and squeeze them, you can sell their juice for $2 per litre. But if you wait for 21 days and let the juice ferment, you can sell the wine for $20 per litre. It is the same with your money. Don’t spend it immediately. Allow it to ferment in investment before you spend!

Christ said “no one, having drunk old wine, immediately desires new; for he says, ‘The old is better.”-Luke 5:39. Old money is usually better than new money. You can actually tell people who have new money by the crass way they sometimes behave. Old money behaves better!